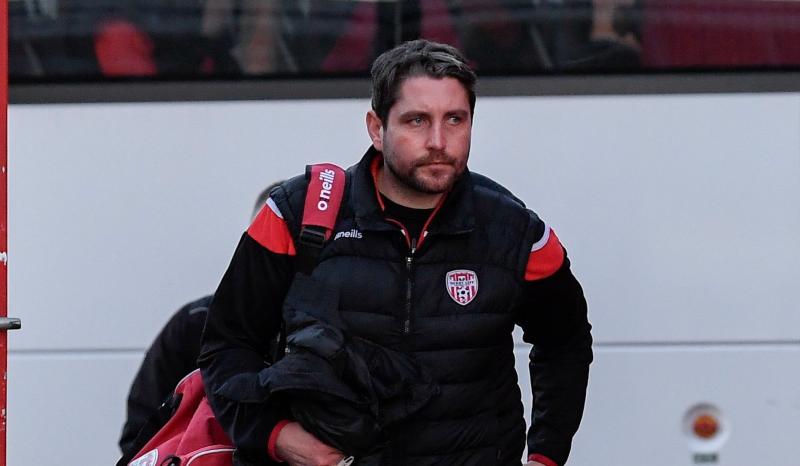 Ruaidhri Higgins believes that any arrogance or snobbery from his players heading into tomorrow’s game at UCD will very likely cost them dearly.

Derry City are big favourites heading into the game at the Belfield Bowl, with UCD sitting bottom of the Premier Division yet to win this season, while the Candystripes are top of the league and still unbeaten.

That contrast means little to the City boss, who believes that Belfield will be a real test of his team’s professionalism at a ground that is unique compared to other grounds the team will visit this season.

“I have some good memories down there and been a part of some good performances, whether it was a player or as a coach but I think it will highlight the professionalism of our players,” he explained.

“If they can go and put on a good display it means they can motivate themselves rather than needing the crowd to motivate them. I think it s a real test of mentality and professionalism and I hope that we see real positive signs of that on Friday.”

Having started the new season so impressively, few will expect Derry City to slip up tomorrow, nut the mere suggestion of that does not go down well with Higgins who insists that every team must be respected.

“It really annoys me when people think that winning games of football is easy,” he said.

“As I’ve said many a time in this league, you have to earn every single win that you get. In the first game of the season, UCD were away to Shamrock Rovers and they could have ben two or three nil up before Rovers scored, and that’s the truth. They had the two or three best chances before Rovers scored and if they go 1-0 in front it’s a different game.

This will be Derry City’s first visit to UCD since August 2019, and while both teams have vastly different ambitions this year, the three points on hand tomorrow is all that matters at present.

“If we go down there with any arrogance or any snobbery they will beat us,” Higgins warned. “We shouldn’t be going anywhere like that because we have done nothing as a team, so we need to be professional and conduct ourselves in the right way and generate our own atmosphere and put in a good professional performance, that’s what I’m hoping for. 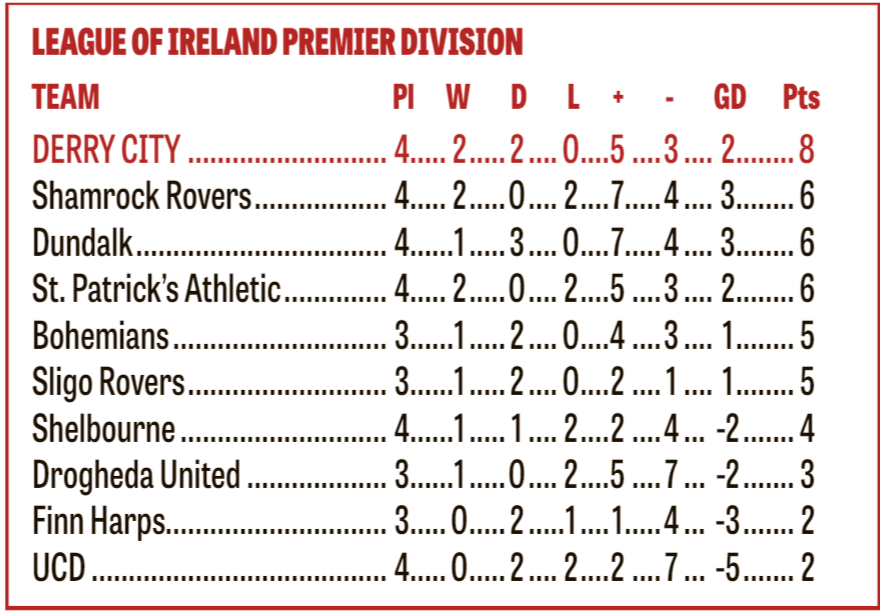 “They will be well up for it, and well drilled and they have really good individual players. The players have been brilliant but we need to maintain and improve our standards and keep doing everything in our power to keep putting points on the board.”

Meanwhile, Higgins admits he is somewhat frustrated that his team will play two games in three days for the second time already this season.

Having recently played Shamrock Rovers and Sligo Rovers in the space of 72 hours, the Candystripes face another testing weekend, with tomorrow’s game at UCD followed by a home game against Drogheda United on Monday.

“It is what it is and I’m not going to start complaining, but you see the amount of people coming off in games with injures,” he stated.

“I’m not surprised because players will only reach their full maximum peak fitness by the end of the month or after six weeks.

“They have so many games early on and it’s no surprise that you are seeing players coming off in first halves of games. There are a few injuries around the league at the minute, but we knew the set-up at the start of the season, so we have to accept it and we have to stay professional and play and recover in the best professional matter.”