Much-loved Derry singer remembered a year after his death 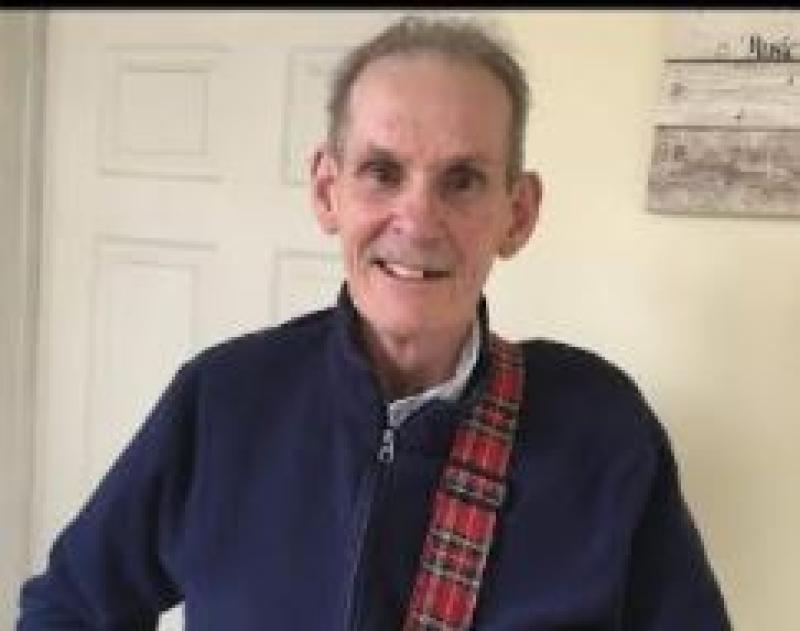 Tomorrow (Wednesday January 26) marks the first anniversary of the death of one of Derry's much-loved and popular singers, Danny Doran.

Spending nine years in hospital from a child to a teenager, Danny knew he wanted to play and sing.

Starting off as a teenager practising and play in a shed in Creggan, often with John McCready, Danny took to playing the guitar so easily and already had the voice. A one-off talent.

Danny established a career for himself in something he loved and began becoming well-known in the music industry.

Danny was a solo performer known as 'George Washington' (GW) and mastered his own version of 'The Bubbles,' which many loved to her him sing.

Danny became in demand to perform in the pubs and hotels in Derry and Donegal as well as private parties, functions and weddings.

There were times he was playing seven nights a week. A scrapbook full of all the paper cut-outs just reflects how popular he was and the many places he performed in.

Danny was able to play and sing any song but his all-time favourite was Ameircan Country. The cut-outs from the papers read 'Derry's Top Country Sound.'

Danny had his own group, too, known as 'The George Washington Trio,' and many other musicians were always asking him to join. Among those Danny played with were John Doherty, Jim and Alan Creswell, John McCready, Lorney Dean and Willie Hamilton.

Danny played in 'Aiden's' (Shantallow House, now Daly's) when Aiden and Eileen Barrett owned it – he always had fond memories playing there, keeping the locals and people coming from afar entertained.

During family runs in the car, he never passed anywhere where he never played, always having great memories of his career. He always used to recall performing at 33 weddings in just over a month in Ballyliffin.

One night in Molloy's Bar, Waterloo Street, all the musicians were there and getting called up for a song, the host saying at the end of the night he saved the 'best for last' and that was Danny himself to 'bring down the house.'

Danny retired in 1999, after 35 years of playing. Then, Mary B's rang him, asking him would he play on New Year's Eve night to bring in the millennium. Not one to let anyone down, Danny agreed and that was his last performance as George Washington.

Danny enjoyed his retirement with his wife, Patricia, and family. But his love of music never stopped, enjoying 'jams' on many of his guitars at home, learning the keyboards and listening to US Country, especially his favourites, Merle Haggard, Willie Nelson and George Strait.

Danny even received a photograph, signed personally to him, from James Burton – the famous great guitar player he followed who performed alongside Elvis Presley. It meant a lot to him.

During the Covid lockdown, he even went viral, singing 'Teenagers in Love' to his one and only Patricia.

He also enjoyed the singers at Mass in St Brigid's Church, Carnhill, where his requests for his favourite hymns were always met.

On Danny's passing last year, with the restrictions of the Covid-19 lockdown, Danny's family received such comfort from the social media messages, especially under Gerry Coyle's post and the Shantallow page , on all the fond memories people wrote they had of him.

His is survived by his wife Patricia, sons Danny, Derek and daughters Mary-Angela, Lucinda and Georgina. He was pre-deceased by his daughter Mary-Angela.