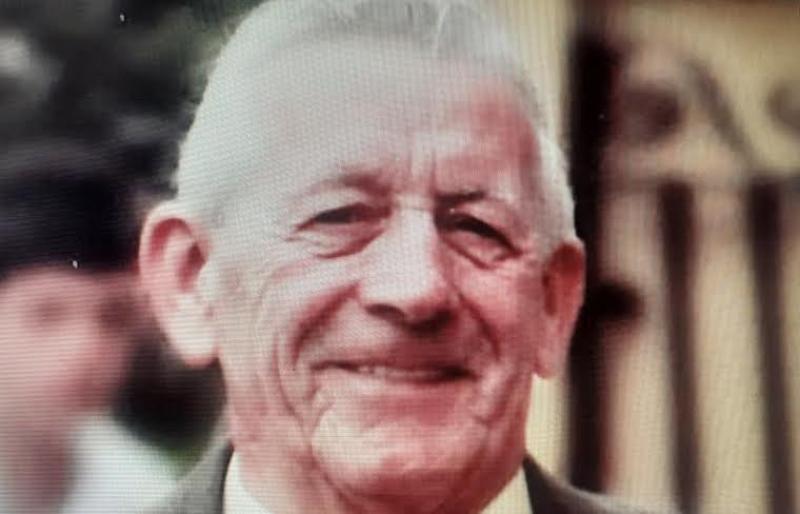 Tributes have been paid to a well-known and popular Derry man who has died.
Charles McDaid passed away peacefully in Altnagelvin Hospital on last evening. He would have celebrated his 86th birthday this Saturday.
Affectionately known as Junior, Mr McDaid was a well-known former driving instructor and prominent member of the local greyhound racing fraternity. He also served as an elected representative.
On passing his 11-Plus while attending Christian Brothers Primary School, Mr McDaid went to attend St Columb's College, leaving there at the age of 14 to take up employment as a 'cattle walloper.'
He went on to be the first person in Derry to set up their own driving school, City School of Motoring, teaching thousands to drive over three generations. Among those he taught was a group of Japanese workers who were employed at the Du Pont plant at Maydown. He retired in 2009.
An active member of the Nationalist Party, he was elected on to Derry Corporation in the early 1950s for the Brandywell and Moor area.
During his time on the local authority, he made the provision of housing in the city a priority and challenged the unionist-dominated corporation how housing was allocated in the city..
After serving seven years, he did not seek re-election due to family and work commitments.
Nationalist Party leader, Eddie McAteer, was considered a close colleague.
A lifelong greyhound and coursing enthusiast, he was a founding member of the Brandywell Greyhound Rac- ing Company and played a prominent role in re-esta- blishing greyhound racing in the city. He was a member of the Brandywell Greyhound Company which liaised the greyhound track being moved out of Brandywell Stadium to the adjacent Showgrounds.
He was also a member of the management committee of Irish Coursing Club which ran greyhound racing and coursing throughout the island of Ireland.

Sadness at passing of well-known and popular Derry man

A talented Irish dancer, he won numerous awards at feiseanna while a member of, the Nellie Sweeney and Mary McLaughlin schools, competing a several world championships.
The latter years of his life were devoted to caring for Clare, his wife of 63 years She passed away in November last year..
The Brandywell Greyhound Track group were among those who have paid tribute.
A spokesperson said: “Charlie played an instrumental role ensuring the Derry track remained a key player in the greyhound world, forming great connections all over Ireland, the Uk, USA and Australia.
“Charlie’s experience in business and politics helped create strong foundations which have stood the test of time and helped ensure that the track's redevelopment was a success”.
The spokesperson concluded: “The track management wish to offer their sincere condolences to the McDaid family at this time.”
Mr McDaid's remains will be taken from his home, 107 Kylemore Park, at 10.20am tomorrow for 11.00am Requiem Mass in St Col- umba's Church, Long Tower. He will be laid to rest im- mediately afterwards in the City Cemetery. He is survived by sons Paul, Charlie, William and John, daughters Siobhan, Martina, Clare and Patricia, and brothers Michael, John, Hugh and Pat, and sister Margo. He was predeceased by his sister Elizene.