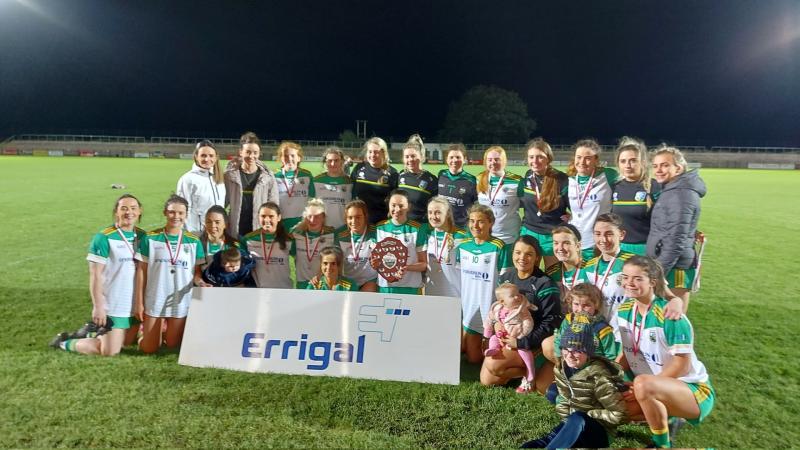 A late goal from player of the match Breena O’Loughlin was to be the score that finally got Glen over the winning line of this keenly contested clash at Owenbeg on Wednesday evening.

This was a battle from start to finish in a very even contest. In the end it was to be O’Loughlin that was to settle the issue with 1-1 after 'Quigan had levelled the game just after the second water break. Also key to the victory was the performance of Danielle Kivlehan who was immense for the winners including a diving block out of the top drawer to deny Aoife McGlone midway through the second half. 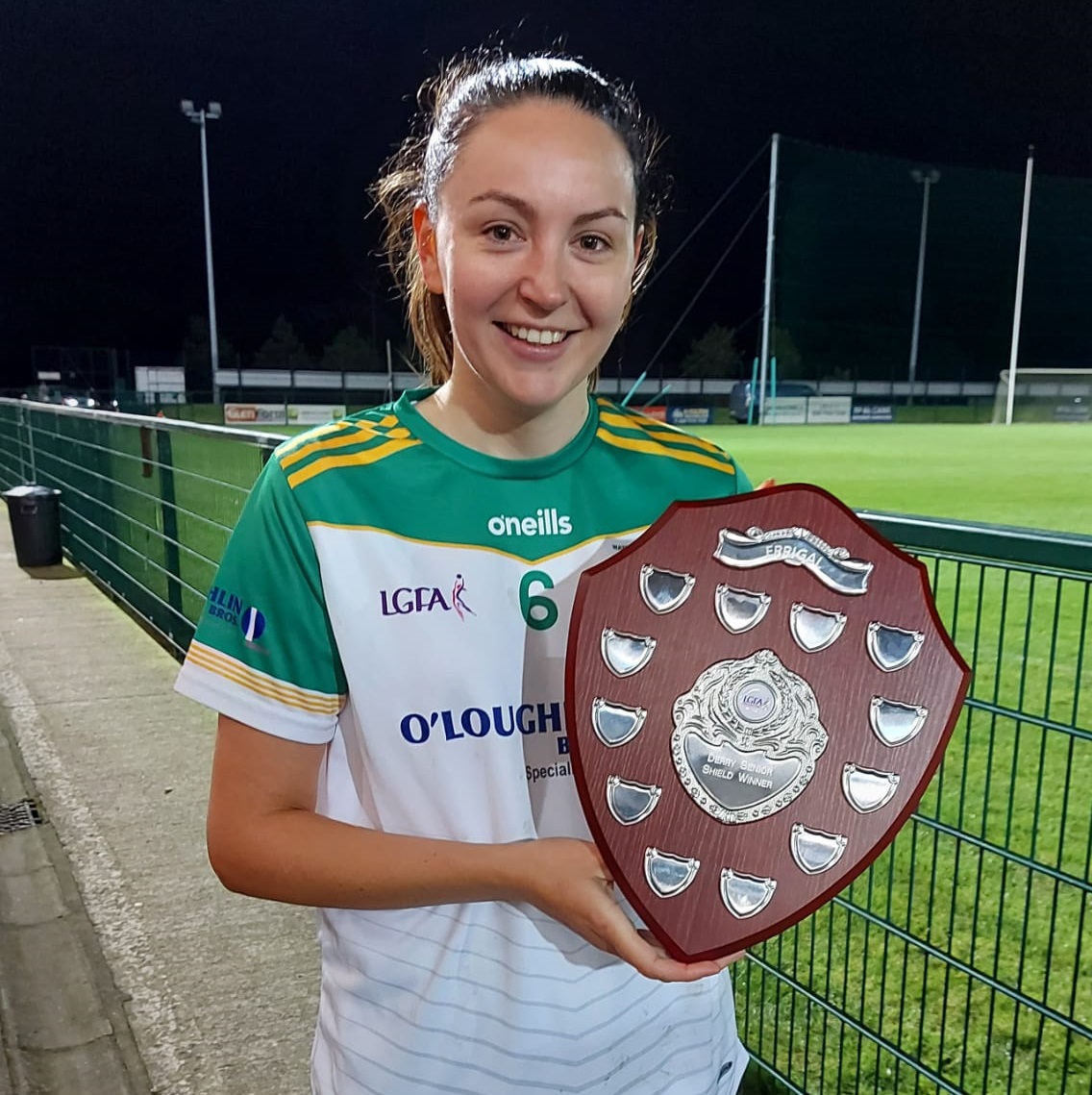 Glen captain Caoimhe Kirkpatrick with the shield after Wednesday's final.

Ballymaguigan had only led once in the game, that the opening point from a free by Erin Doherty on four minutes. Glen though took control with quick hands from Breena O’Loughlin and Bronagh McNicholl creating the opportunity that Mary NíLochlainn took from close range. The second major came soon after when a Ballymaguigan effort had dropped short Glen built a good move from defence to attack the was finished with a Claire McGroggan chip over Leanne McKeown and into the net.

The response was immediate as Erin Doherty saw her dipping effort find the net to get her side right back into the game. The opening exchanges were played at a lightening pace and two quick fire points from McNicholl and McGroggan moved the eventual  winners four clear. A fine point from Anna Martin reduced the deficit on the water break.

Ballymaguigan enjoyed the better up until the break but were wasteful and could only add a point from Erin O’Neill despite all their possession while Glen failed to score to leave it at the break Glen 2-2 Ballymaguigan 1-3.

Ballymaguigan had a glorious chance at the start of the second half when they were awarded a penalty but Erin O’Neill saw her effort palmed over the bar by Louise Gunn. Annie NíLochlainn brought an end to the Glen scoring drought with a point seven minutes in the second half, their first score from the 13th minute. Leanne McCrystal followed up with a great score to extend that advantage.

Ballymaguigan had a great chance when a poor sickout from Gunn offered Lauren Crozier a goal opportunity but her effort came back off the post. The excellent McGlone who was causing Glen difficulty with her strong runs fired over a point. Dervla Stinson came from half back to point to leave just the one between the sides at the second water break.

McGlone levelled matters on the resumption before O’Louchlin pounced for that all important goal when her effort went over the head of McKeown. She added a point from a free to make sure the title was heading Maghera as both sides had a late sin bin apiece.