Derry GAA: Slaughtneil get back in their stride in derby win over Swatragh 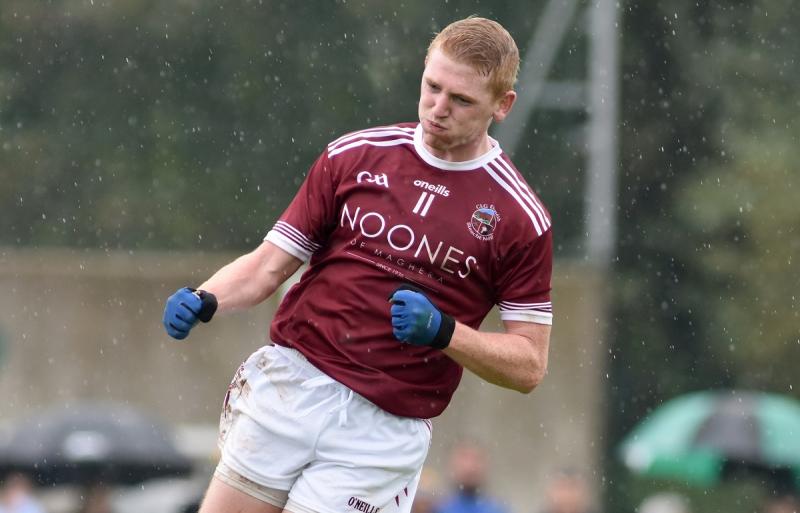 Reigning champions Slaughtneil got back to winning ways after their recent defeat against Lavey with victory over neighbours Swatragh in Saturday's derby clash at Davitt Park.

The 11-point winning margin saw Paul Bradley's side finish in second spot behind Lavey, with the Davitt's dropping to third on score difference.
With ongoing maintenance on their main pitch at Davitt Park, Swatragh have been playing on their training pitch and while it was in pristine condition, its tight confines made it difficult to find space.
Swatragh were more aggressive on their press and limited Antóin McMullan to just one short kick-out and a 50 percent first-half retention rate. A possession won by Fionnbharr McGuigan was the only break won with the rest coming from frees awarded for pushes in a congested middle third.
At the other end, Sean McNicholl had marginally more freedom and kicked excellently throughout, losing just two kick-outs over the hour.
Kevin Madden handed Michael Friel a first start of the championship and stationed him at corner forward, where he was picked up by Brendan Rogers. Karl McKaigue went across to Francis Kearney, with Peadar Kearney on Fintan McGurk.
Oisin McWilliams wore number 11, but started at midfield where Chrissy McKaigue lined up against him. In the reshuffle, Cahal Murray started at centre forward where he pulled to the wings and the centre of Slaughtneil's defence was manned by the rotation of Patsy Bradley and Padraig Cassidy.
It left Slaughtneil needing a high concentration level to balance a compact centre with Cassidy getting forward to punch holes in Swatragh's defence. Brendan Rogers also had a major impact on the game and got forward at every opportunity.
At the other end, Sean Francis Quinn picked up Christopher Bradley, who played slightly ahead of Shane McGuigan and Brian Cassidy. Sean 'Tad' Cassidy and Seán Ó Caiside were alternating on Slaughtneil's right wing against James Kearney and Niall Coyle. Ó Caiside was later forced off with a suspected torn cruciate ligament injury.
On the other wing, Keelan Feeney got on enough ball to keep Sean Martin Quinn out of the game. His case wasn't helped by not having a gumshield and Barry Cassidy let him re-enter the fray with one in situ.
Feeney and McGrath combined on the left wing for Shane McGuigan to get a run on Diarmuid Dillon and fist over the first score of the game and the Emmet's doubled their lead with a confident 'Sammy' Bradley point at the end of a Rogers foray upfield.
Midway through the first-half, a McMullan kick-out was punched back into the Slaughtneil defence where Chrissy McKaigue saw black for taking down the galloping Oisin McWilliams.
Three minutes later a Diarmuid Dillon body check on Brian Cassidy also saw him in the sin-bin and it opened the game up.
A close-range Meehaul McGrath goal after the water break put Slaughtneil 1-3 to 0-1 ahead. After Rogers and Padraig Cassidy ran at the Swatragh defence, McGrath was calm enough to sidestep in a crowded penalty area before slotting to the net.
Slaughtneil's game of closing down the midfield involved players dropping off to the closest man, but when Sean Cassidy lost his footing Sean Francis Quinn came forward to kick a point with the outside of his right boot.
Peadar Kearney, who escaped an earlier yellow card, was walking a fine line after another foul on Fintan McGurk who was Swatragh's most potent forward. James Kearney missed the free, but when Conor McAtamney won the next kick-out, McGurk went through to make it a three-point game, 1-3 to 0-3.
The 'Swa then had a goal chance, started by Francis Kearney and involving McGurk, that saw Kearney's low shot blocked by the feet of Rogers. Oisin McWilliams and Francis Kearney (twice) also missed chances to eat into the lead before half-time.
Friel started the second-half at centre-forward and after an early Christopher Bradley wide, Francis Kearney hit Swatragh's only point of the second-half from a free.
Seven minutes into the half, a well-worked move involving Rogers, McGrath and 'Sammy' Bradley saw Shane McGuigan in on goal, where he was fouled and referee Cassidy awarded a penalty. Sean McNicholl saved McGuigan's first attempt, but only into the Slaughtneil man path and he finished the rebound to the net.
McNicholl worked the kick-out short and an Oisin McWilliams run up the right flank pulled Slaughtneil out of position and when the ball was squared, Cahal Murray palmed to the net at the far post, making the score 2-4 to 1-4 in the visitors' favour after 38 minutes.
Swatragh had a spell with the McWilliams twins inside, but Murray's goal was their last score of the game. With limited space, the diagonal ball wasn't an option and anytime it was played in straight, Rogers was able to come from behind to turnover the ball.
McMullan was able to poke some of his kick-outs to Feeney and slowly but surely Slaughtneil got a firm grip on the game. Rogers got forward to kick a point, followed by a Christopher Bradley point after Sé and Shane McGuigan linked up on the left wing.
When Francis Kearney kicked the ball over the sideline, and with Swatragh's defence open, Cormac O'Doherty's cross field ball found the run of Shane McGuigan who thumped the ball high, confidently and straight between the posts for a 2-7 to 1-4 lead to rubber-stamp Slaughtneil's rampant third quarter.
With the eight point winning margin in sight and with the game firmly in their clutches, Slaughtneil hit five unanswered points in the final 15 minutes on their way to a commanding win.