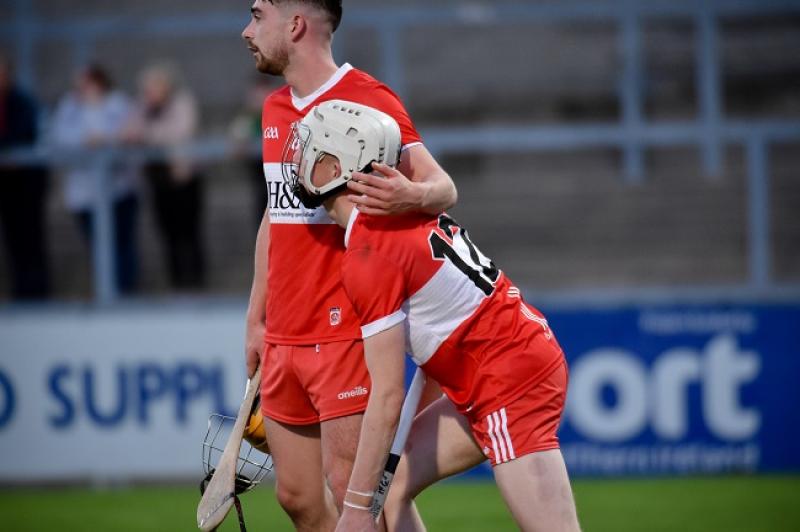 ALL-IRELAND U20 B HC FINAL

Meath 2-19
Derry 0-19
Over the hour, it was the Royals' ability to shoot from long range that left Derry always playing second fiddle and in James Murray, the winners had the game's most influential player.

After a sharp opening from Meath, Derry did have a dominant spell in the middle of the first half, but couldn't shake Meath off and Cole's goal left them chasing the game.

Meath got off to a quick start after half-time, but Derry were level again despite living on scraps.  They relied on Darragh McGilligan who had a fine game overall.

Derry were still hanging on in the game, but when Cole's second goal came, in the 52nd minute, turned the game one final time as Meath led 2-16 to 0-18 and on their way to victory.

After two early Meath points, Derry hit four points without reply to go 0-4 to 0-2 up after 10 minutes.

A free from McGilligan had Derry 0-9 to 0-6 ahead before Meath enjoyed another fruitful spell. Jack Lanigan fired over a point before they hit the first goal of the game. Mikey Cole finished brilliantly to the bottom corner after a long ball from James Murray.

Two frees from McGilligan levelled matters in the closing stages as the side went in at the break, honours even, 0-11 to 1-8.

Cole and the flawless Murray had Meath on the front foot early in the second half.

The Oakleafers fought back to level terms 0-14 to 1-11, but were never able to get their noses in front.

Derry pegged the margin back to four points before Meath goalkeeper Conor Ryan made a fine save to divert Shea Cassidy's low shot around the post and there was no way back for Derry.

WATCH: Derry U20 selector Kevin Kelly's reaction to their defeat by Meath