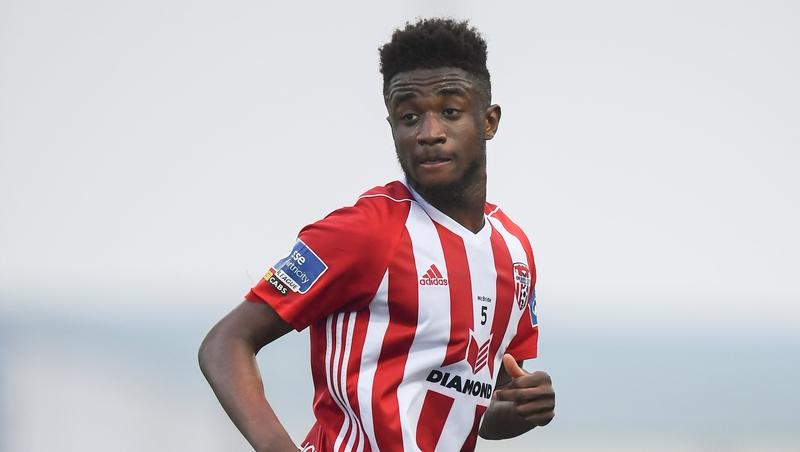 Derry are through to the next round of the FAI Cup after a dramatic game against Drogheda today.

The Brandywell side won on penalties after the first round match at Head in the Game Park finished 1-1 following extra time.

Drogheda had looked like winning the game in 90 minutes after taking the lead through Dinny Corcoran on the stroke of half-time.

Derry threw everything at the County Louth side in the second half but Junior missed a penalty after 51 minutes.

Drogheda's Dane Massey was sent off for the handball incident which led to the penalty and they were reduced to nine men after 80 minutes when James Brown was sent off for diving in the Derry penalty box.

Despite being two men down, Drogheda battled bravely and looked like securing an unlikely win until the third minute of added time when Derry were awarded another penalty after a foul on Junior.

Daniel Lafferty scored the spot-kick to take the game into extra-time.

Derry sub Evan McLaughlin struck the post with a free-kick in the best chance of extra-time.

Drogheda missed two of their penalties.

Derry sub Evan McLaughlin scored his side's fifth penalty which secured their passage into the next round.