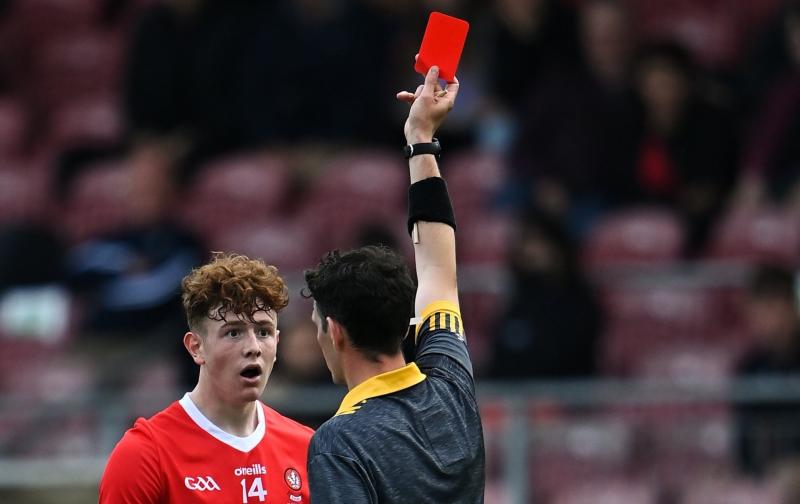 Derry have lodged an appeal against Lachlan Murray's red card from Friday's win over Monaghan, the County Derry Post can confirm.

After scoring 0-5 in a staring role in putting Derry into a 1-11 to 0-7 lead, Murray was dismissed in the 44th minute by referee James Lewis after his consulted with his umpires.

Murray was involved in a tangle with Monaghan's Nathan Lavery, who had a hold of the Derry man's leg. Murray appeared to attempt to pull his leg free, but Lewis deemed it a kicking action an brandished his red card.

Lewis reported Murray for striking for the knee, which carries the penalty of missing the next game in the competition.

“I haven't seen it, but knowing the character of Lachlan Murray, it is not something he would do,” stated manager Martin Boyle in his post game interview.

“I have been chatting to a number of people (who saw it) and they've said it is appealable. So we will definitely be looking to appeal it.”