Martin Boyle insists his Derry side will improve ahead of decider 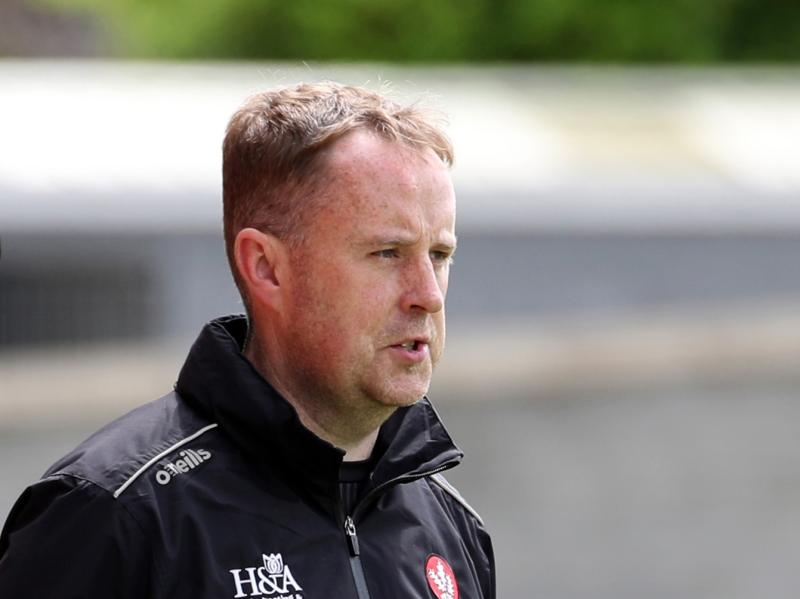 The Ballinascreen man admits his side were far from the finished article during Saturday's win over Tyrone, but it was enough to translate into a satisfied smile.

“It's a great feeling,” said Boyle. “For the neutral it was probably a great game, but at the same time, from our regard we felt it was littered with mistakes.

“It comes from not being up to the pitch of championship football and we know that and we'll have to improve for the next day, but we will, I have no doubt about that.”

Despite having a grip at midfield in terms of kick-outs, Derry were a point in arrears at the break after Conor McGillion's injury time goal.

The message in the dressing room centred around a lack of pressure in the middle third where he felt his side gave Tyrone too much latitude,

“We stood off (Tyrone) and we sat in our defensive zone at times,” Boyle stated. “Sometimes if you stand off men, it's a sign of being weak mentally. You have to engage the man and thankfully, in the second half, the boys did that.”

One man who certainly wasn't found wanting in the midfield battleground was man of the match Dan Higgins. He regularly plucked kick-outs from the sky and Tyrone had nobody to compete with him. Boyle wasn't surprised 'in the slightest' at his midfielder's performance.

“He is an immense man,” Boyle firmly stated. “I am delighted for him because he is a great cub. Sometimes he doesn't have the belief or have enough confidence in how good he is. For him to impose himself on a game of this magnitude speaks volumes.”

The Derry boss has highlighted their conversion rate as an avenue for improvement ahead of Friday's meeting with Monaghan, who are going for three successive Ulster minor titles.

“I factor in the fact that we hadn't got to the pitch of championship football,” Boyle said. “That game will bring our boys on, from a physical point of view, from a belief point of view.

“The character stood out. You never question these boys. They are a special group and no matter how hard it is put to them they will always respond.”

During lockdown, Boyle and Monaghan boss Mark Counihan kept regular contact and they met in the opening league game of 2020, a Derry win in horrendous conditions at Clones.

The Farney side have came through a side of the championship that included Cavan, Antrim and Fermanagh.

Boyle sees them as a 'tough opponent' as Derry seek a first title since 2017, in their fifth final in six seasons.

“They (Monaghan) are coming with a lot of confidence, a fair bit of pedigree and a really shrewd management,” said Boyle.

It remains to be seen if Derry will have Lavey's Calum Downey any closer to action. After suffering from a groin injury, he played the second half of their win over Armagh and was an unused substitute on Saturday afternoon in the Athletic Grounds.

Boyle hopes Downey, who played in 2019 under Paddy Campbell, will see action on Friday night, but is adopting the long-term progress.

“He hasn't a lot of training under his belt. He has been doing a lot of running and his physical fitness is good, it is just ball work he needs to brush up on,” he said.

“We'll see this week and there'll hopefully be a better chance of some game time on Friday night.

“We don't want any long-term damage. He is a Derry and Lavey player for the next 10 or 12 years and we don't want to do anything to jeopardise his rehab. I will be taking advice about doing the right thing. It is out of our hands.”