Rogers 'will be back' for the championship 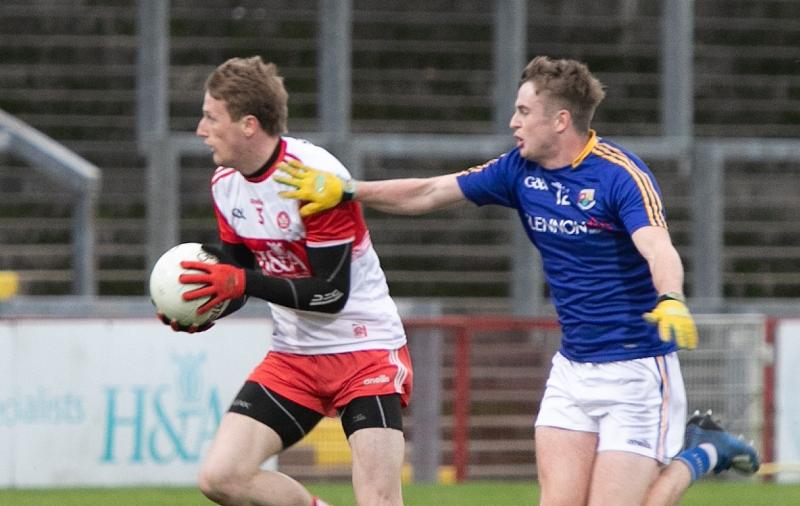 Rory Gallagher said Brendan Rogers will be back in time for Derry's opening Ulster SFC game on Sunday, July 11.

The defender was forced off with a hamstring injury in Derry's win over Cavan and is expected back in 'full training' next Tuesday night.

At the time, Gallagher told the County Derry Post that a scan revealed a 'small tear' and it was a 'two or three week' injury.

“He will be back (for the championship), no problem,” the Derry boss said after Saturday's game in Croke Park.

“This game was not the be-all and end-all by any stretch of the imagination. It was nice to play and nice to perform in, but there was no way I was going to risk him. But, he will be back in full training in about ten days’ time,” Gallagher outlined on Saturday, after Derry's win at Croke Park.