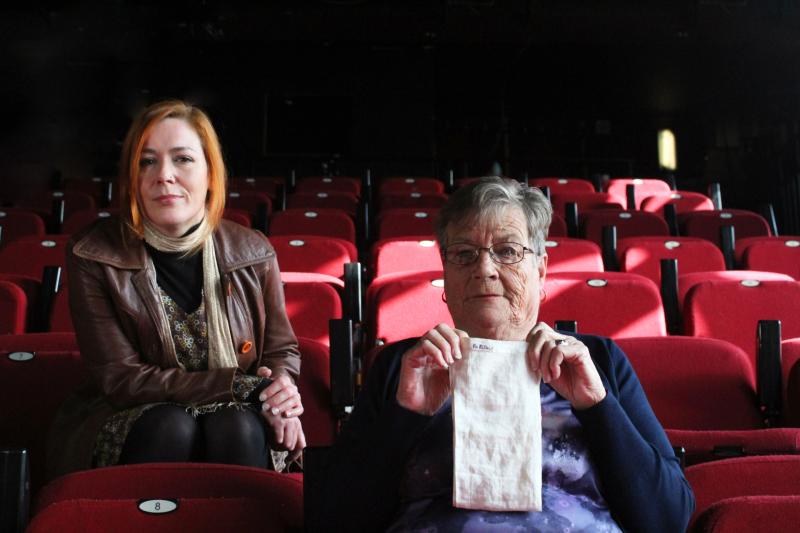 Julieann Campbell and Kay Duddy, a niece and sister of Jackie Duddy, with the handkerchief waved by Father Edward Daly on Bloody Sunday.

A new musical drama is to be created to mark the 50th anniversary of Bloody Sunday.

The show, The White Handkerchief, takes its name from one of the most iconic images of the shootings in Derry.

The photograph of Bishop Edward Daly waving a white handkerchief stained with the blood of young victim Jackie Duddy remains a powerful image of the day when British soldiers shot dead 13 people taking part in a civil rights demonstration on January 30, 1972. 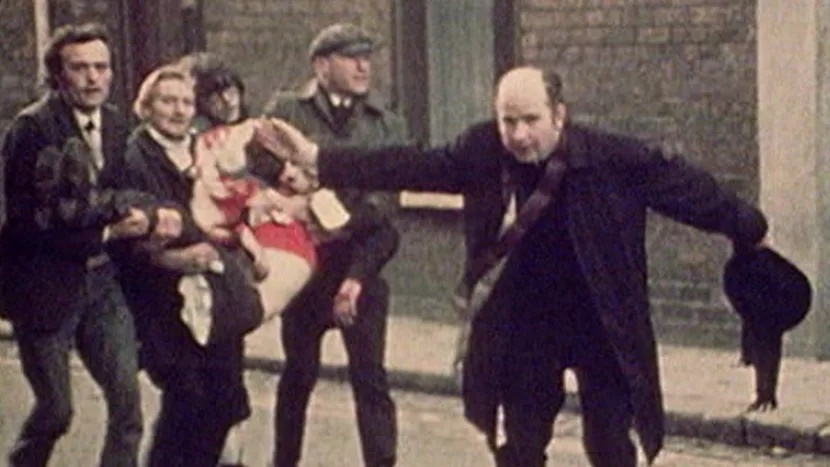 To mark this landmark, the Playhouse in Derry is creating the new show which will tell the story of Bloody Sunday through music and song.

The show will be premiered on January 30, 2022 to a worldwide online audience.

The team behind The White Handkerchief are keen for as many local performers as possible to be involved.

As a result, a new musical theatre academy is to be set up at the Playhouse next year to develop local talent.

The White Handkerchief director, Kieran Griffiths, said it would be an 'impassioned, sensitive, reverent and ultimately moving musical reflection on Bloody Sunday'.

“The title is inspired by the iconic image and blood soaked handkerchief of the then Father Edward Daly,” he said.

“This will be a piece of music theatre that marries dramatic narrative with the reverence of choral music and musical libretto.

“It is essential to us that this production features a completely local cast.

“So we’re very proud to also announce a new educational strand to feed into the production, which looks at the incredible talent already on offer in this city, and gives it a world-wide platform.”

Noirin McKinney, Director of Arts Development, Arts Council of Northern Ireland, said they were delighted to the support The White Handkerchief.

“It promises to be a powerful and moving piece of musical theatre, demonstrating the power of the arts in helping us creatively express and work through difficult issues and experiences of the past,” she said.

“The Arts Council also welcomes the creation of The Playhouse’s new music academy which will offer training, development and much-needed employment opportunities for local actors and theatre makers in Derry-Londonderry.

“We wish everyone at The Playhouse continued success as they develop this production and look forward to experiencing it in January 2022.”

Given the ongoing pandemic restrictions, the Playhouse has recently performed a number of shows to an online audience.

Mr Griffiths said they had been pleased with the response.

“When we embarked on a new digital journey for The Playhouse in August, we had no idea the response we would get, or the support we would get from around the world,” he said.

“We’re so pleased that a legacy is now in place for our productions to be broadcast live, online, across the world.

“So, while our 150-seat theatre remains empty for shows, conversely our audience has now expanded greatly too.”

The academy being set up at the Playhouse is a nine month training programme beginning in February 2021.

Registrations for the academy will be by audition in December.

The musical in its draft form will be workshopped on Bloody Sunday’s next anniversary from January 23 to 31, 2021, and will also open up auditions for professionals to take part in this paid opportunity.

The Playhouse will be seeking the city’s best musical theatre performers for a variety of roles.

For inquiries email with subject ‘White Handkerchief workshop’ to kieran@derryplayhouse.co.uk.