Campbell sisters aren't doing it for themselves 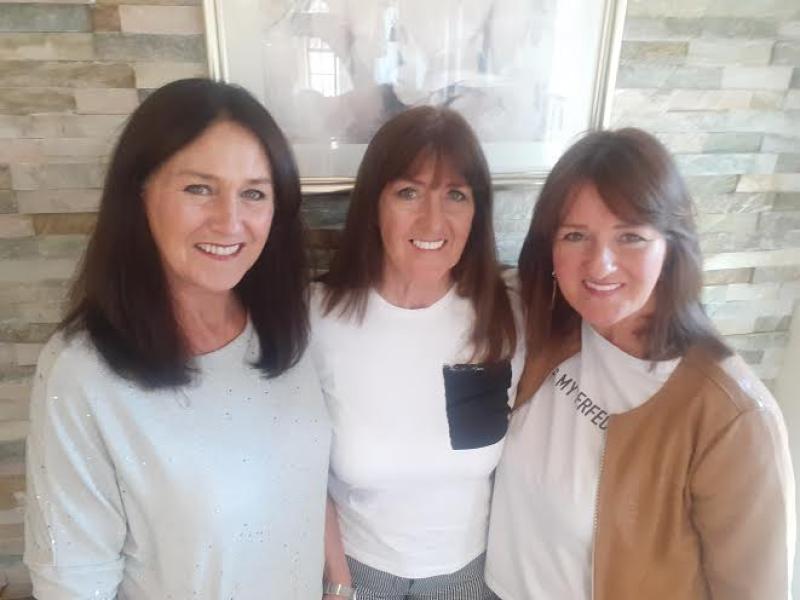 Three talented Derry sisters have reunited to make rare public appearances in the fight against food poverty in the North West.

Frances, Maureen and Lana Campbell are just three of The Magnificent Seven Crew which has been performing on social media since the start of lockdown to raise much-needed funds for the Foyle Food Bank.

Over 30 acts have accepted invitations from Leo Fitzpatrick, the man behind the fundraising. The initial target of £5,000 was achieved within weeks, which resulted in a new target of £10,000 being set. With that also achieved and presented to the Food Bank, the 'Seven' are back again 'gunning' to push that up to £20,000.

And the Campbells are delighted to be involved.

Speaking to the Derry News, Lana said: “A lot of people who are on their knees are using the Food Bank. That includes many business people who are making just enough money to pay wages but taking nothing home themselves.”

Frances added: “That has been happening for a long, long time in Derry. It goes beyond coronavirus.”

Maureen said: “As Lana said on air, we used to sing for our supper but now we are singing for somebody else's supper.”

Stressing she was the 'baby of the family' of the four boys and four girls of Charlie and Molly, Lana revealed how they got involved.

She said: “I had been talking to Leo Fitzpatrick, the man who has put it all together. Initially, I was reluctant as I have been having throat problems. But Leo kept encouraging me to 'do it, just do it.

“The reason I decided to do it is it is because it is for someone else, It is the fact you are helping somebody else.”

She revealed how she persuaded Frances and Maureen to join in.

“I was fishing, but they didn't bite so I went ahead and, with the help of Leo, and picking the brains of a number of musicians from the 'Seven,' I found out how it worked, what level the desk should be at and all that sort of stuff. After I had been on, I went back to the girls and this time they said 'aye, of course.' They got hooked – the fishing worked.

“It is phenomenal the work Leo has put into it.

“It was nervewracking at the beginning, I was petrified as I hadn't been singing for years and the only reason I am is for the Foyle Food Bank.”

Lana began singing when she was eight-years-old, performing 'Bright Eyes' at a talent contest in Shantallow Community Centre.

When she was 17, she went to Belfast to join Colum Hughes and Thunder Alley before joining the Teddy Palmer Band, another Belfast-based group and since then her singing career has seen her perform with acts such as Paris and The Midnight Hour as well as tour with Rob Strong and the Commitments.

Frances said despite their different tastes in music, she believed they 'blended well' together.

She said: “The three of us have different styles – my heart is still with folk, ballads and all that sort of stuff, Lana is our pop chic while Maureen is more pop- come-balladeer – big ballad songs.”

Frances conceded she had reservations at joining the 'Seven.'

“My initial fear was that I would not be able to blend with Lana and Maureen, not vocally, but in terms of style, that I was going to upset their set.”

One of the songs which attracted most views, 'From Here to the Moon and Back,' which they dedicated to their late sister, Catherine, who passed away on July 12, 2016, aged 55.

Frances said: “It was her birthday that week which is why we did it.”

Frances began per- forming when she was 14, as part of the four-member Burn Folk from Pennyburn Youth Club, the other members being Anne McLaughlin, Sean Mellon and George Kerrigan. 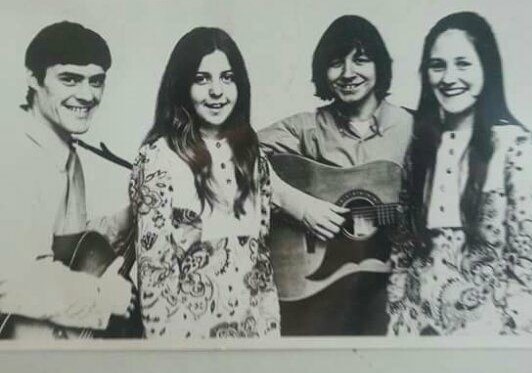 She would later join the cabaret scene, touring with the likes of Dick Emery (You Are Awful, But I Like You).

She revealed it was a prompt from her mother that would change her life for ever.

“My mother was watching a documentary RTE about a girl band who were looking for a third singer after one of them pulled out before they started performing. My mother said to me: 'Would you be interested in that. I said 'I don't know.' Anyway we went down to Dublin and into a recording studio to see if my voice would work with the girls, which it did instantly, the next day I moved to Dublin as a member of Sheeba.”

The band gave their first performance in the Chariot Inn in Dublin before playing throughout the country ahead of being invited by RTE to perform the song 'Horoscopes' in the National Song Contest to select Ireland's entry in the 1981 Eurovision Song Contest to be held in the RDS in Dublin.

Eurovision that year was won by Buck's Fizz with 'Making Your Mind Up' with Sheeba finishing in fifth place out of the 20 entrants, having performed to a worldwide audience of 500 million.

Looking back, Frances said: “I enjoyed my Eurovision experience. I was very proud be representing Ireland.”

As result, Sheeba were invited to represent Holland in another song contest in Japan. However, all three members sustained injuries in a car accident in Castlebar but, despite being unable to perform, were invited to attend the event by the Japanese. 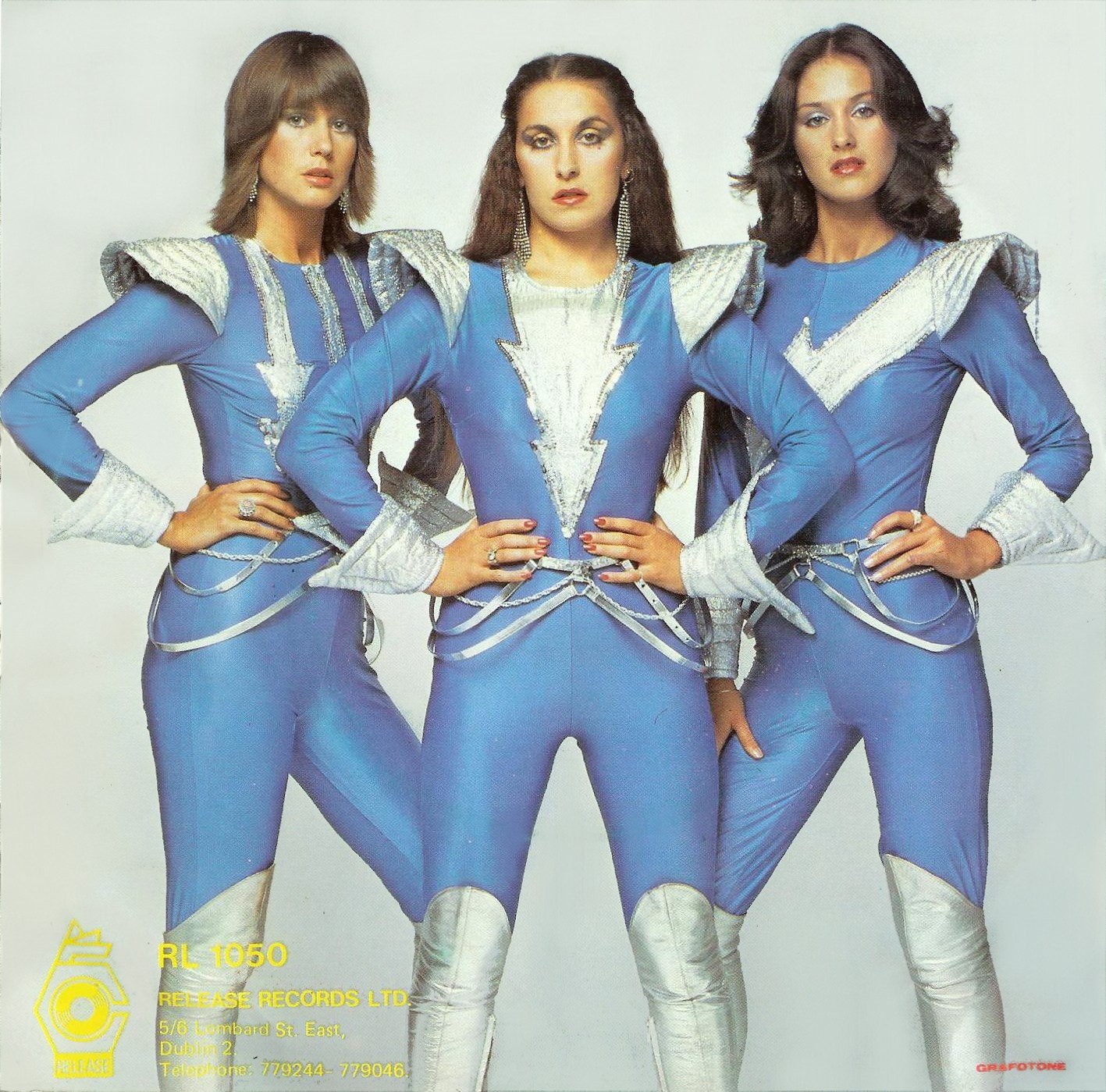 She recalled: “I absolutely loved radio. I loved the inter-action with people. It is the greatest education for yourself you will ever have because it forces the mind to expand itself and go into areas which you are not even interested in and, all of a sudden, you have an interest in it because somebody else wants to talk about it.”

Frances stepped out of the public eye in 1985.

She said: “I had my job time, my career time and this was another stage and development and having my children I wanted to stay at home with them.”

Maureen first took to the stage when she took part in a talent competition at Butlins in Mosney, singing 'The Emerald City' from the Wizard of Oz.

However, some years passed before she became a 'serious' singer.

“I was 17 and working in Essex with the radio playing, as it does in all factories, I used to sing at the top of my lungs every day. One day, Josephine Campbell, no relation, invited to me to her wedding at which it was announced 'Maureen Campbell is going to sing a song.' I looked around asking 'Is there another Maureen Campbell?' Then, Josephine came to me and said 'they are looking for you' and I told her 'I don't sing,' to which she replied 'I hear you every day.'

“I went up and did it and the band, Gossip, asked me to join them, so I went and practiced with them and did a couple of gigs. But my mother couldn't get me out of my bed to go to work in th emorning and she said 'End the band, you need a job, that's not a real job.'

“So, I was hoisted out of the band and went back to work. I was 19 when two local musicians came to me and said they had heard that I had a job and was not allowed to sing. I said 'Well, I am 19 now and I can do what I want.”

Maureen would go on to form two of her own groups, the first being Maureen and Fresh Air, a country band, which once played at a major festival in Bergen, Norway, at which she was billed above chart-topping Clodagh Rodgers.

Her pop band, Maureen and Cupid, followed before she went to the Channel Island of Guernsey to follow the cabaret scene there for three months, but it did not last long.

“It was the worse week of my life. I as never so homesick in all my life.”

When she returned home she joined Rock Stewart and the Plattermen before, she conceded, 'motherhood happened.' Maureen has performed with the choir and folk group at the Holy Family Church in Ballymagroarty and, more recently, the choir at St Mary's Church in Strathfoyle.

She said she 'absolutely loved' appearing as part of the 'Seven.' “I absolutely love it. We have had people viewing us from as far away as Hong Kong, Austen Texas and Germany.

The girls were quick to put the dampers on a possible return to the stage.

Frances said: “People have asked us when is our album coming out, but I just laugh, I can't see that happening.”