Bradley signs with Coleraine for another two seasons

I still believe he has a few good years left in him: Kearney 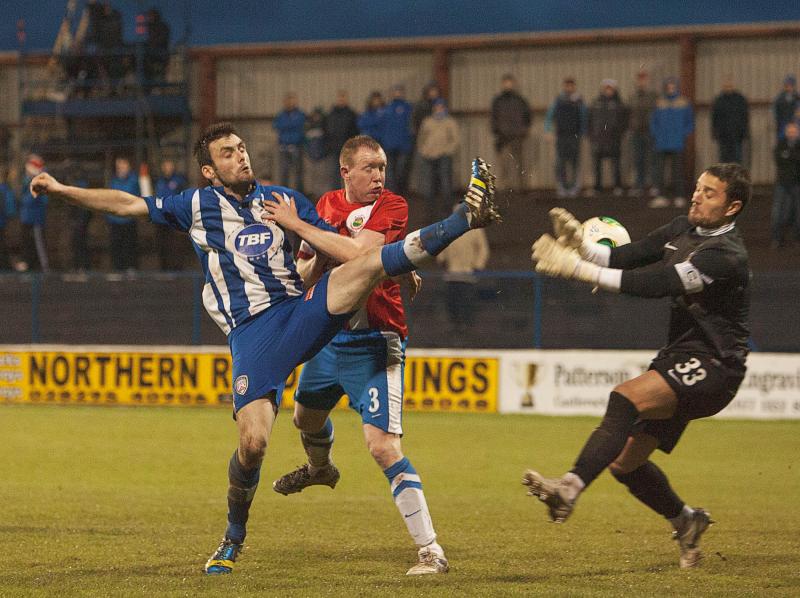 Coleraine manager Oran Kearney believes there is more left in Eoin Bradley, after 'Skinner' committed his immediate future to the club.

The striker has agreed a new two-year deal that will extend his stay at The Showgrounds until the end of the 2021/22 season.

The 35-year-old, who is enjoying his second spell on the Ballycastle Road, has bagged 48 goals in 155 appearances.

“There has been lots said about Eoin’s days perhaps being numbered but he keeps on producing the goods,” Kearney told the club website.

“I still believe he has a few good years left in him and he has played a huge amount of games so far this season.

“He has a big game mentality and can have a massive impact whether that be starting a game, or coming off the bench.

“Age is just a number as far as Eoin is concerned as he keeps himself in tremendous shape and he’s a massive asset for us.”

Bradley joins Ian Parkhill and Limavady man Stephen Lowry in committing his future to the club in recent days.