Limavady man commits to the Bannsiders 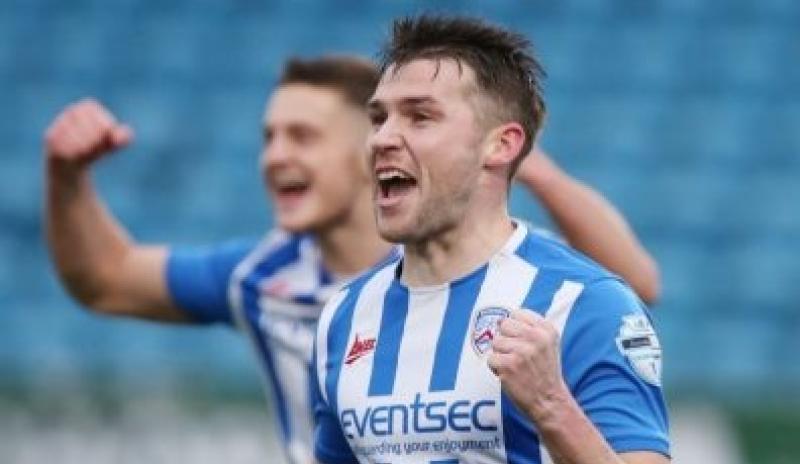 Limavady's Stephen Lowry has extended his contract with Coleraine, the club have confirmed.

The 33-year-old midfielder has signed a new one-year contract taking him to the end of the season, if it is played, and the following campaign.

It is his second spell at the Showgrounds, where he and has made 247 appearances and hit 37 goals, including a finding the net in the BetMcLean League Cup final win over Crusaders back in February.

Coleraine are four points behind leaders Linfield, but have three games in hand.

“It was well documented that we didn’t want Stephen to leave the club in the first place, but despite getting a year or two older, he has maintained the same weight and still plays like a 25 or 26 year old,” commented manager Oran Kearney.

“He has been outstanding this season and has shown a high level of consistency in his performances.

“He is like a fine wine and is getting better with age and he sets a great example to all.  Stephen is a great guy, he is well liked and we are delighted to have him at the club.”

Lowry, a brother of Crusaders player Philip, is joined at Coleraine by local players Emmett McGuckin, Aaron Canning, Aaron Mullan and Eoin Bradley, who has also signed a new contract.

- Kearney tips Higgins to be a success with Ireland.  More...