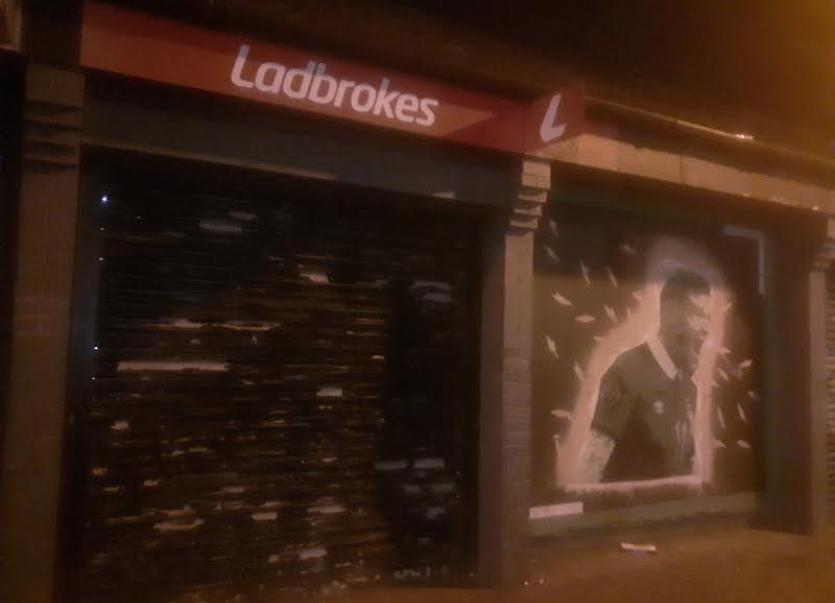 The Ladbrokes bookmakers office on Central Drive which was robbed on New Year's Day.

Two female members of staff were left badly shaken after the Derry bookamkers shop they were working in was robbed on New Year's Day.

PSNI detectives are appealing for information following the incident at the Ladbrokes office on Central Drive in Creggan.

Detective Sergeant Marshall said: “It was reported that two men entered a bookmakers in the area just before 5.45pm.

“One of the men grabbed the female member of staff by the wrist and pushed her to the ground, where she was restrained, while the second man searched the premises.

“The two made off some minutes later with a sum of money.

“This was a terrifying experience for the victim who, while physically uninjured, has understandably been left badly shaken.

“This happened in a busy area, at a time of the evening when people were out and about.  And I am appealing to anyone with information, or who may have noticed two men acting suspiciously, to contact us on 101 quoting reference number 1855 of 01/01/20.”

DS Marshall said alternatively, information could be provided to the independent charity Crimestoppers on 0800 555 111, which is 100% anonymous and gives people the power to speak up and stop crime.