Tiger Woods said his gruelling recovery from serious injury has been worth it as he insisted he is feeling stronger ahead of the Open Championship.

Tiger Woods said his gruelling recovery from serious injury has been worth it as he insisted he is feeling stronger ahead of the Open Championship.

But the 15-time major winner admitted he does not know how much longer he can compete at the top level.

The 46-year-old American star, who continues to struggle with pain in his right leg following the severe injuries he sustained in a car accident in Los Angeles last year, said he was always determined to play at the 150th Open at the Home of Golf.

Woods played in the Masters in April but withdrew from the USPGA Championship after three rounds in May and did not participate in last month’s US Open.

He is currently in Ireland preparing for the final major of the year in Scotland and this week has been participating in the star-studded JP McManus Pro-Am at Adare Manor in Co Limerick, albeit using a cart to get around the 2027 Ryder Cup venue.

“I’ve gotten a lot stronger since the PGA that’s for sure,” Woods told reporters on Tuesday.

“Putting in a lot more reps which has been great. I still prefer riding in a cart. I’m doing that here because I just don’t need to push it right now.

“I’ve got a long week ahead of me and all of next week to do that. So, save the legs, we can still train as hard as we do each and every day but as far as the duration on my feet, let’s just try and keep that to a minimum until we have to and then, when we have to, let’s go.”

Asked whether missing the US Open was part of his plan to prepare for St Andrews, he said: “No, the plan was play the US Open but physically I wasn’t able to do that. There’s no way physically I could have done that. I had some issues with my leg and it would have put this tournament in jeopardy and so there’s no reason to do that.

“This is a pretty historic Open that we’re going to be playing. I’m lucky enough to be part of the past champions that have won there and want to play there again, and I don’t know when they are ever going to go back while I’m still able to play at a high level and I want to be able to get at least one more run at a high level.”

Woods has been crowned Open champion on three occasions, with two of those wins coming at St Andrews.

He insisted the efforts he has put in to be in a position to tee it up again in Fife have been worthwhile.

“It’s been hard. I’ve had some very difficult days and some days when just moving off the couch is a hell of a task. And that’s just the way it is. 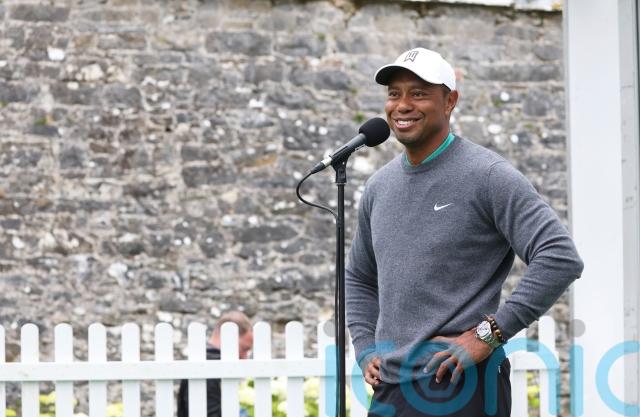 “I’m very thankful for all the support I’ve gotten from my treatment staff, all of my surgeons for repairing this leg and keeping it and so I have my own two legs. I’m not going to take it for granted anymore. I know some people do.

“But people who have come close or who have lost a limb understand what I’m saying. You have difficult days but also you have great days. And my great days are not what they used to be, that’s for sure. But they’re great days which I get to spend with my kids and do things that they can do, maybe at a slightly slower pace, but I can still do it with them.”

Woods said he intended to play links courses in Ireland to prepare for the Open but declined to reveal what venues he would be visiting. 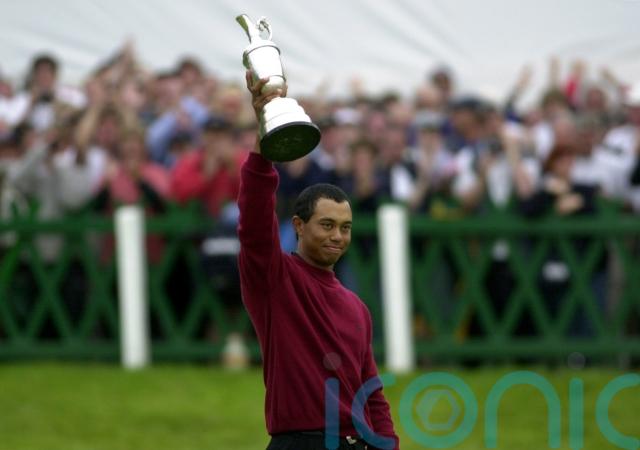 He told a press conference at Adare Manor that he does not know how long he can continue to contend for majors.

“I don’t know, I really don’t,” he said. “If you asked me last year whether I’d play golf again all my surgeons would have said ‘no’. But here I am playing, and I played two major championships this year.

“I will always be able to play golf and whether it’s this leg, or someone else’s leg, or a false leg, or it’s different body pieces that have been replaced or fused, I will always be able to play. Now, if you say play at a ‘championship level’, that’s just a totally different story and that window is definitely not as long as I would like it to be.”