St Pat's Maghera are guaranteed a path to the knockout stages. 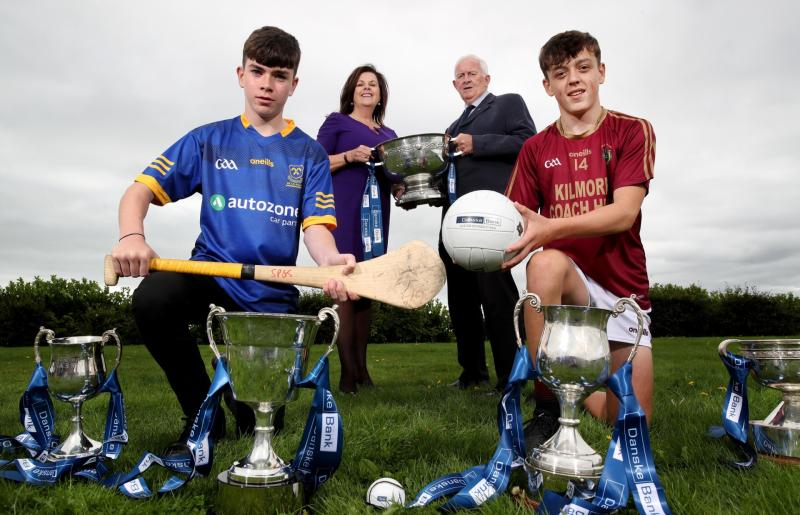 St Patrick's Maghera are guaranteed to reach the knock out stages.

St Mary's Magherafelt will face three familiar foes in their bid to retain their MacRory Cup title this season.

There will be a repeat of last year's final for the Convent against Holy Trinity Cookstown, while St Patrick's Dungannon and St Patrick's Armagh join them in Group C.

Manager Kevin Brady said it was 'an interesting group'.

“They are all local enough and once the competition begins we will start to see familiar names coming through, I'm sure," said the former Antrim forward.

Fellow County Derry side St Patrick's Maghera have found themselves in the group of three, relieving the pressure of elimination until after Christmas.

They will face St Colman's Newry and Our Lady's SS Castleblaney in Group D.

This season’s Danske Bank MacRory Cup group games as usual will be run off between Halloween and Christmas. Teams finishing in fourth place in each group will be eliminated before Christmas while there will be cross play-offs at the start of January for teams finishing in second and third spots in each of the groups

Those teams who top the four groups will go straight through to the MacRory quarter-finals in mid-January.

The semi-finals will take place during the last weekend of January with the final scheduled for Sunday February 12 in the Athletic Grounds Armagh.

Meanwhile, St Patrick's have also been handed a group of three in the Mageean Cup, with last year's finalists drawn alongside St Louis Ballymena and St Killian's Garron Tower.

The 13-time winners will be guaranteed involvement in the knock out stages in late November as they look to go one better than last year's final defeat to Red High.

The first group games take place during the week beginning October 10 and will be completed by the Halloween break.

Quarter-finals scheduled for mid-November and the semi-finals a fortnight later leading into the final which once again will take place at the QUB Dub Arena on Friday December 16.

St Pius X Magherafelt are one of 12 schools that went into the Danske Bank MacLarnon Cup for the draw for the pre-Christmas group stages that start during the first week of November and will be completed by Wednesday December 14.

St Pius X reached the 2020 final with Our Lady & St Patrick's Knock, but that final of course was postponed because of the outbreak of Covid and the schools shared the title. Knock are drawn in Group C while St Pius X will feature in Group B.

The south Derry seat of learning will play Abbey Vocational School from Donegal town in their opening game during the first week of November and follow that up with games against St Paul's Bessbrook and finallly St Joseph's Donaghmore who reached the semi-finals for the first time last year.

The teams finishing in fourth place in each of the three groups will be eliminated, while a fourth team will also drop out before Christmas with a play-off between the third placed teams in Groups B and C.

The winner of the play-off will face the team that tops Group A in the quarter-finals in the first week back to school in early January. The semi-finals are scheduled for the weekend of Friday January 20 – Sunday January 22.

The Danske Bank MacLarnon Cup final is pencilled in for the same weekend as the MacRory Cup decider, but it won’t form a double-header as has been the norm in the recent past.

Instead the MacLarnon will be played under lights on Friday 10th February or during the afternoon of Saturday February 11.

Details of the draws and future fixtures can be found on the Ulster Schools Facebook page.