The Derry manager was reflecting on his side's Ulster final loss. 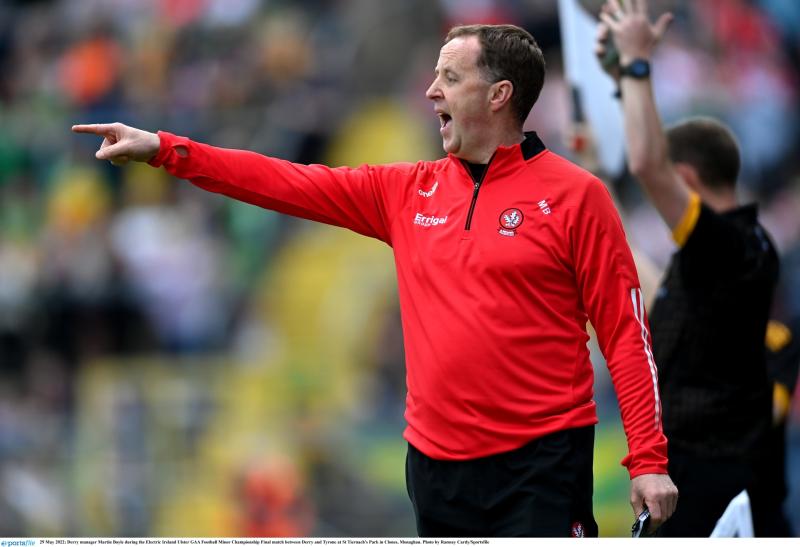 Derry minor manager Martin Boyle described his side as “ultimate competitors” and insists they will bounce back from Sunday’s gut-wrenching Ulster final defeat when the All-Ireland series comes around.

The Oakeafers will play the winners of Wednesday’s Munster showdown of Cork and Kerry, but Boyle feels Sunday’s loss to League champions Tyrone will hit them hard.

“I am really proud of that second half performance,” said Boyle, who saw his side hit with two first-half goals.

“I am really proud of the boys…of the commitment and the attitude and character they showed. They’ll be hurting, but we are still alive in this championship and we have a big game in a fortnight’s time.”

The Derry manager admits that Tyrone’s goals at crucial times had an impact; with the “bounce of the ball” also helping sway a game they found themselves back in.

Boyle was “disappointed” in their first-half showing and how Tyrone “dictated the terms”.

“At half-time we were very, very calm,” he said. “We realized we hadn’t really stepped up to the plate. We knew we had more energy and drive in us in the second half and the boys responded well in that second half.” 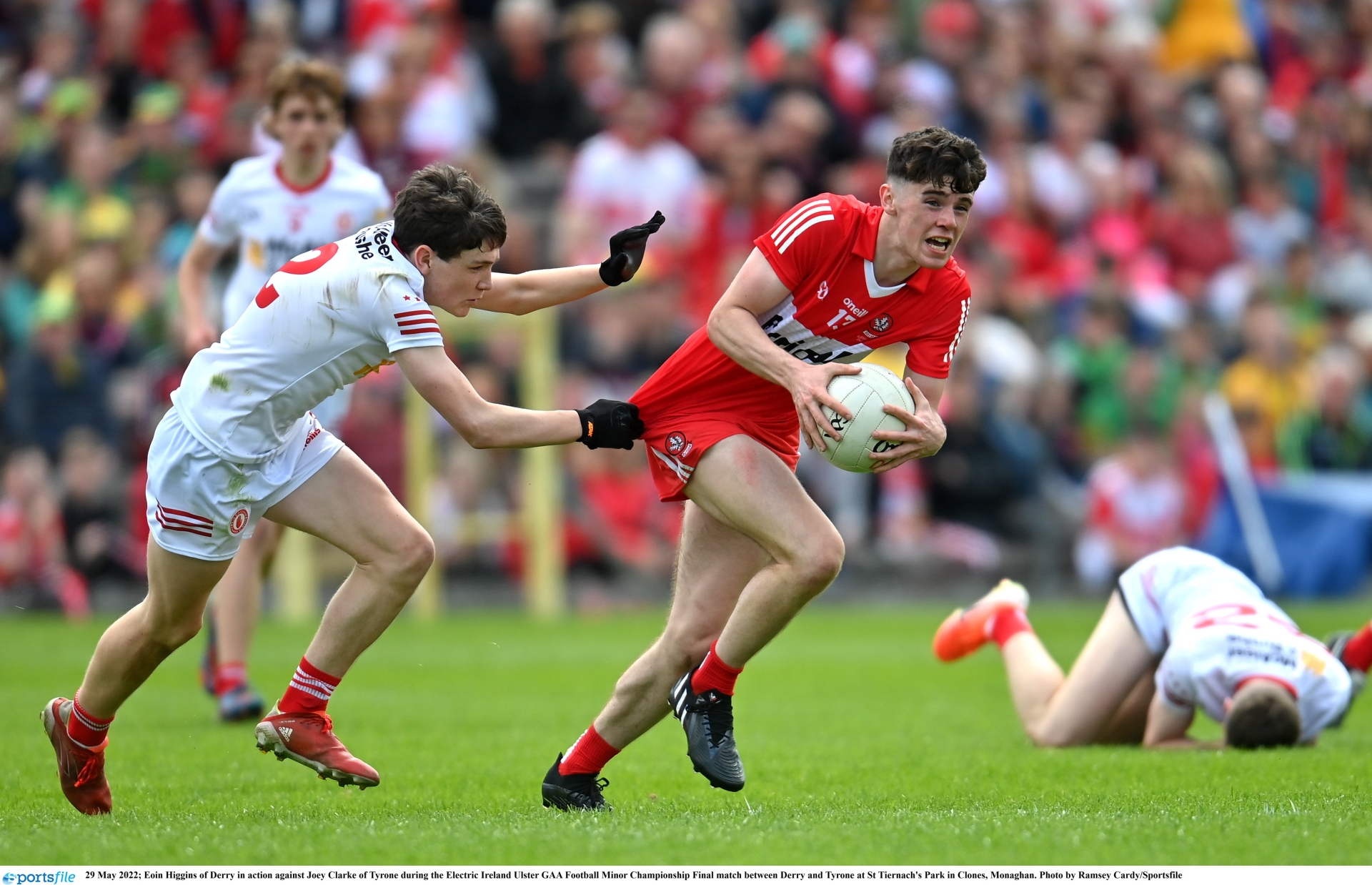 All through their All-Ireland winning campaign of 2020, Boyle diverted any praise onto the players and he stood by the latest crop in the face of a tough defeat on Sunday. He hailed both their character and quality.

“They knew they hadn’t done themselves justice in the first half,” he said. “They wanted to go out and really attack the game, to really throw the shackles off and go for it…and they did.

“We were missing a bit more finishing quality. Different wee things, maybe that x factor that a Ryan McNicholl would’ve brought,” added Boyle, who was very magnanimous towards a “serious” Tyrone team.

“They are a really good team, so congratulations to them. They blew us in the first half and we took a while to adapt.”

The minors had the pleasure of playing as part of a double header that saw Derry win a first Ulster senior title in 24 years.

Boyle spoke of the blocks, last ditch defending with a defender getting a hand in at the opportune time. It was that sort of encounter.

“I’m sure it was a great occasion if you were neutral,” he said. 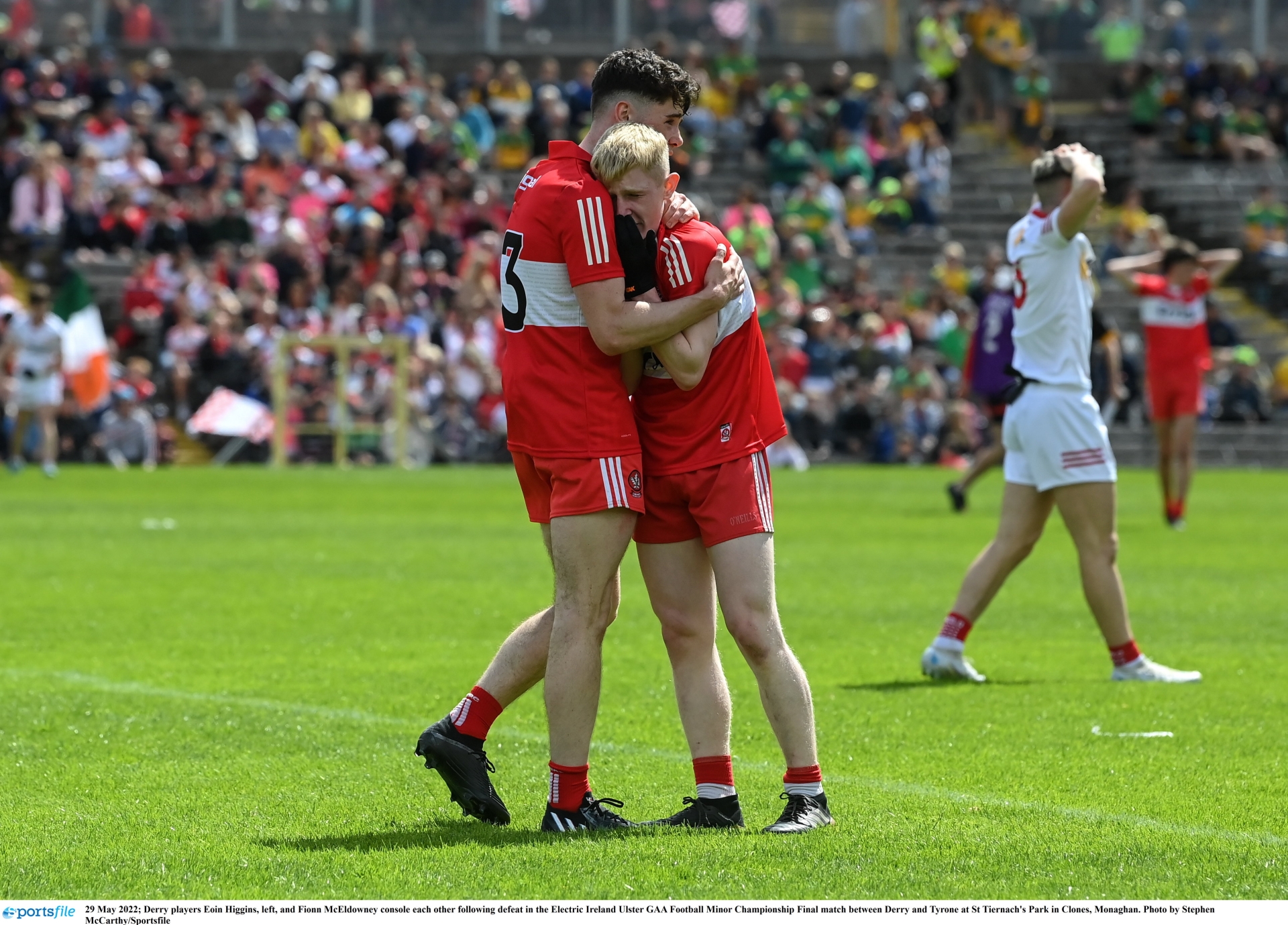 The game ebbed and flowed, but Derry were not able to force themselves ahead when they wrestled their way back on level terms. Tyrone’s second-half goals were perfectly timed in the overall pattern of the game.

“We talked about it and if we got back to a point with ten (minutes) to go, we’d win the game,” Boyle revealed of their interval message to the players.

Getting it back to a single point and the groundswell of support would help them across the finish line. A free from the accurate Eoin Higgins had just a point between the teams after 42 minutes before Caolan Donnelly changed the game.

“It was beginning to look like that,” Boyle said of Derry’s fight back.  “Then Shea Birt hit the post and we’d one (goal chance) cleared off the line.”

“Fair play to Tyrone, they took their chances and got the ball in the net and that was the deciding factor.” 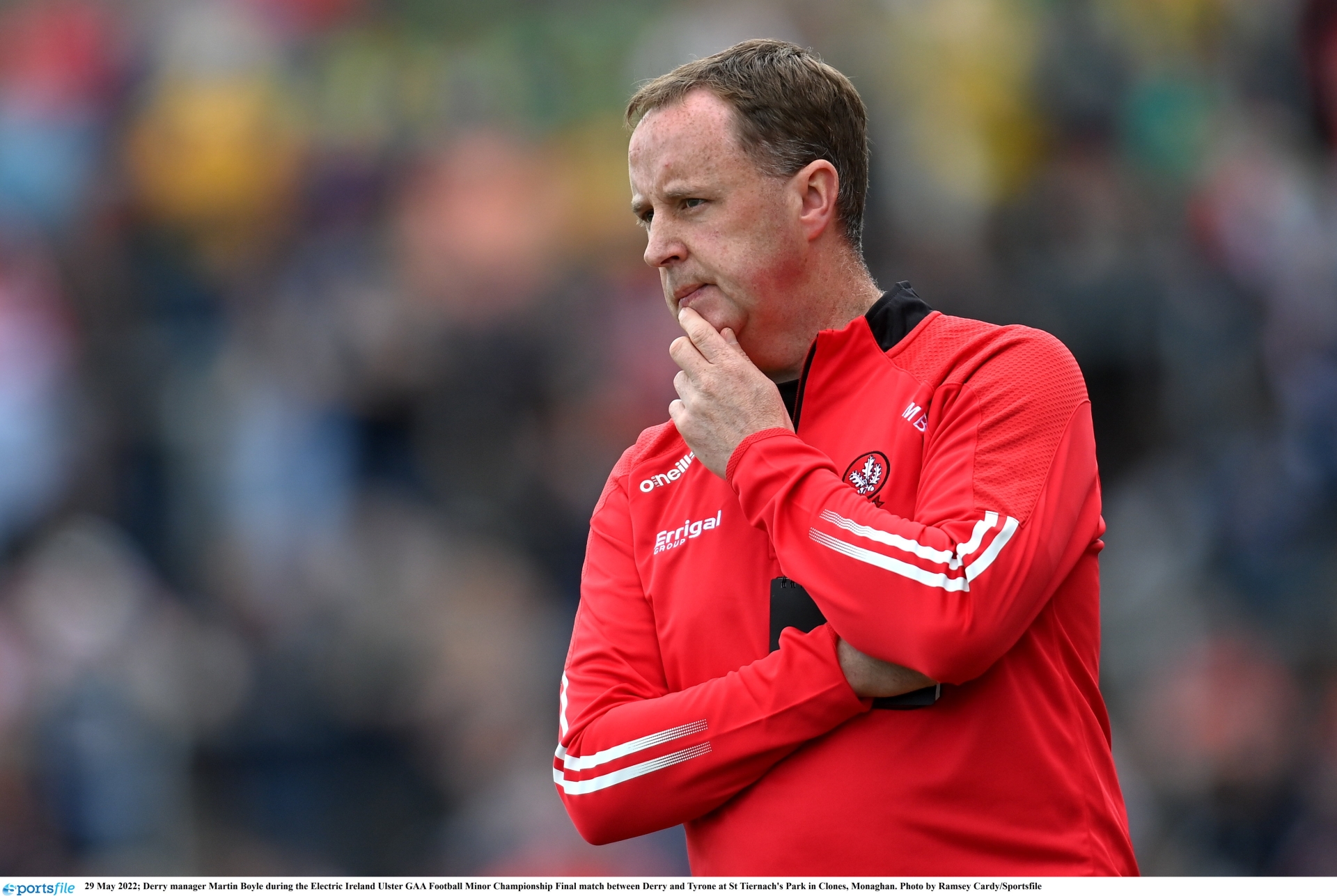 While Red Hands’ skipper Eoin McElholm got the official Man of the Match and Boyle rating him as an “excellent player”, he felt Danny McDermott and James Murray did “a right job” on their turns of marking him.

“We were very happy with that and the job Fionn McEldowney did on Noah (Grimes),” he said.

“The match ups worked well for us. I can’t ask any more of these lads for what they have given. Our priority will be to get these boys picked up to go again.”

“This will be a really sore on these boys. We know what’s in them, these boys will respond and they’ll get ready to go again.

“I think it will be difficult, in the short term, because of the occasion,” he said, pointing to the huge Derry following.

“They’ll think they have let people down…they have let nobody down. That’s the nature of the type of honest players that they are.

“This will hurt for a day or two. That’s the beauty of the back door Championship. We’ll get going and we’ll get at it.

“It will take a day or two to pick these boys up, they will realize that we’re still alive in this Championship and we’re in the last eight.”

Boyle feels a chance to play different opposition will help Derry get back into the groove after the familiar surroundings of Ulster. For the management, it’s about getting the homework done on Wednesday’s game in Cork.

“There is one thing about these (Derry) boys, they will go with renewed vigour and they’ll compete that day, because they are ultimate competitors, there is no doubt about that.”