ULSTER SFC: Another medal for the Glass collection 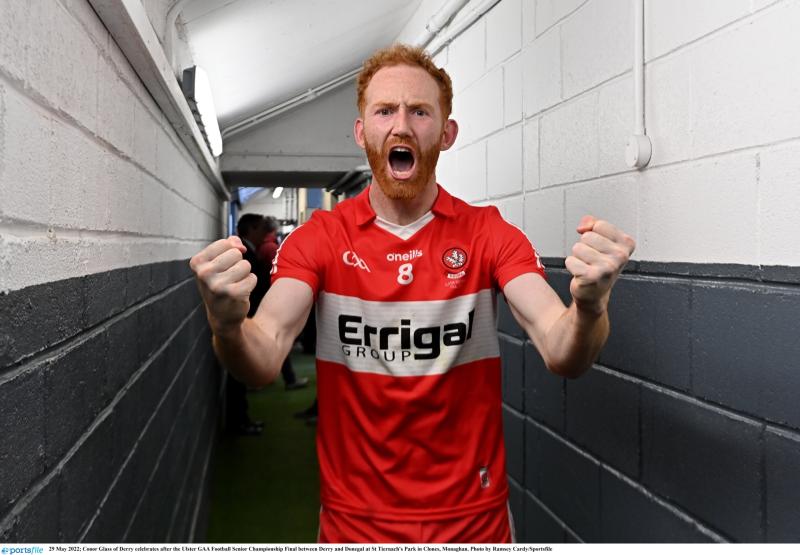 When Conor Glass made the decision to return home to Ireland and leave AFL behind in 2020, he could scarcely have believed that he would enjoy a return to GAA like that which the past year has brought.

An historic first Derry SFC title with Glen last November felt like a dream come true, and now he has added another precious medal to the collection as he returned to climb the steps of Clones that he made his way up with the Derry minors seven years previous.

Looking out into a crowd of thousands of Derry supporters and holding the Anglo-Celt aloft is another thing ticked off the bucket list. He’ll need to make even more room in the trophy cabinet.

“I don’t know what all this fuss is about – it’s not that hard, is it?!” laughed the midfielder. “No but obviously there’s a lot of hard work that goes on behind the scenes and I’m just lucky to be a part of these groups of players.

“Growing up being part of MacRory teams, and the underage teams with Glen, even the minor team that were here in 2015 – it’s something special.

"I’ve said it before but the last time I climbed those steps in Clones was 2015 against Cavan lifting the minor championship and there was one man at the top of the steps that I shook hands with and that was Martin McGuinness.

"Obviously he’s not here now but I know he’d be a proud Derry man in this moment.” 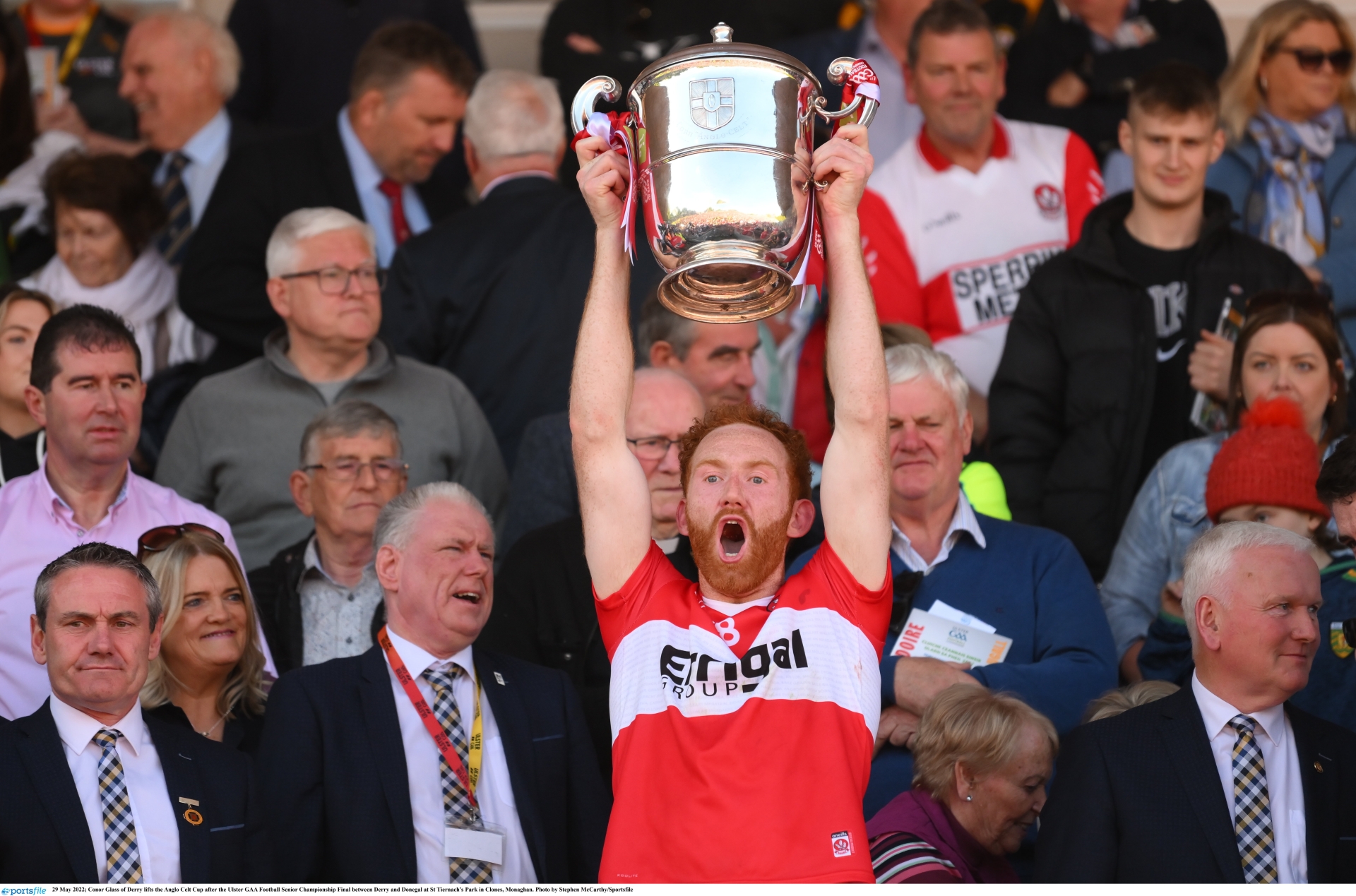 It was always said that Derry would one day reap the rewards of the underage success that the likes of Glass were so central to.

While the Glen man was on the other side of the world learning a new trade with Hawthorns, at home it felt like the Oakleaf would never quite reach the initial expectations, but 2022 has changed the narrative. Did Glass think it would happen so soon for him?

“I definitely didn’t think it would happen this soon. Albeit I knew the boys from school and underage football, I still didn’t really know what I was getting myself into coming from a professional set-up like it was in Australia,” he admitted.

“Rory Gallagher has obviously done a massive job with the boys, and it’s not just him, but the county board in general.

“Stephen Barker has been absolutely massive in doing everything and it’s a credit to those boys. Everything they do behind the scenes lets us just go out on the pitch and show what we have learned over the past weeks in training.”

When Derry were drawn against Tyrone the majority of people and pundits had already chalked the season off to a run through the qualifiers.

An even smaller group would have believed that the Oakleaf county were going all the way to the top of the Clones steps, but they just kept believing in one another and facing every challenge head on.

“There was no better way to do it really. As the old cliché goes, you try and take each game as it comes and we did that pretty well this year,” stated Glass.

“I think it shows the professionalism and the success and character of this group that we were able to focus in each week and put in a good performance and that’s a credit to all the players and the management so, yeah, it’s a happy day.

“We don’t want to look too far ahead. We’re going to celebrate tonight and tomorrow and it’ll be a fantastic celebration.”