There were wins too for Dungiven and Kilrea. 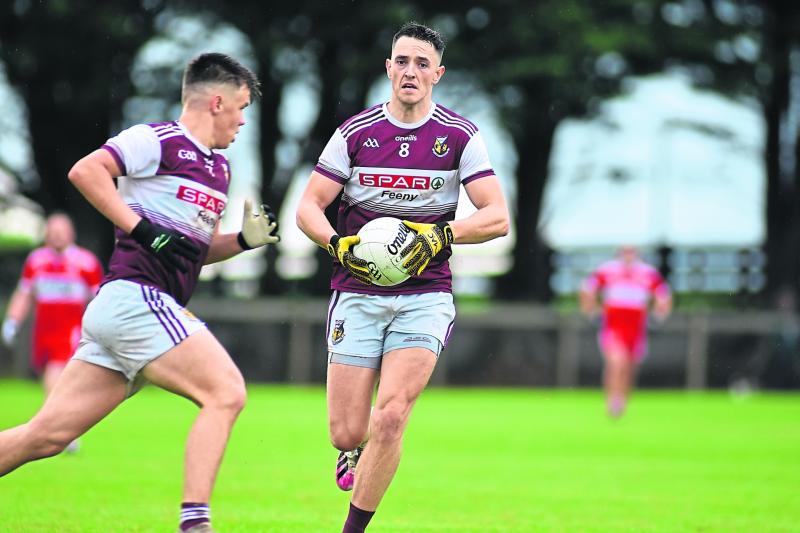 A high scoring encounter in Banagher this weekend saw a drawn game with Newbridge. The home side were still smarting after a lacklustre performance last week against Bellaghy where all their scores came from the one boot, that of Tiarnan Moore. Resurgent to be back in front of a home crowd the Banagher men scored an impressive 3-11 of their 3-12 from play. Once again Tiarnan Moore was the sharpshooter for the men in maroon, scoring 2-4 from play and Darragh Cartin made a return to play after a lengthy spell out to recover from knee surgery.

Claudy travelled to Pearse Park this week off the back of a few heavy defeats and looking for their first league win of the season. The visitors did notch up a healthy 1-08 for their efforts with Shea Dalton finding the net for the men in blue, but it wasn't enough to see off the home side. Conor Gillen racked up seven points, four from play, while Eunan McCamphill took four and PJ McAleese took three for the Kilrea men to run out seven point winners.

In perfect conditions at Robert Emmet Park on Saturday evening Slaughtneil lined out a side containing only two of the starting team from last year's county final, Brian Cassidy and Antoin McMullan. Both teams were wasteful in the opening phases of play, Antoin McMullan pulling out a fine save and Niall McGonagle failing to convert a penalty after referee Sean Curran deemed that the foul on Cahir Higgins was inside the box, were the main talking points of the first half.

The visitors made the best use of the 'mark' with Conor Murphy fielding some nice catches, but Slaughtneil chipped away, keepign the scoreboard ticking over with frees from Brian Cassidy keepign the home side well in the game.

Despite failing to convert from the penalty spot, the visitors led the game by one point at half time, on a 0-7 to 0-6 scoreline. 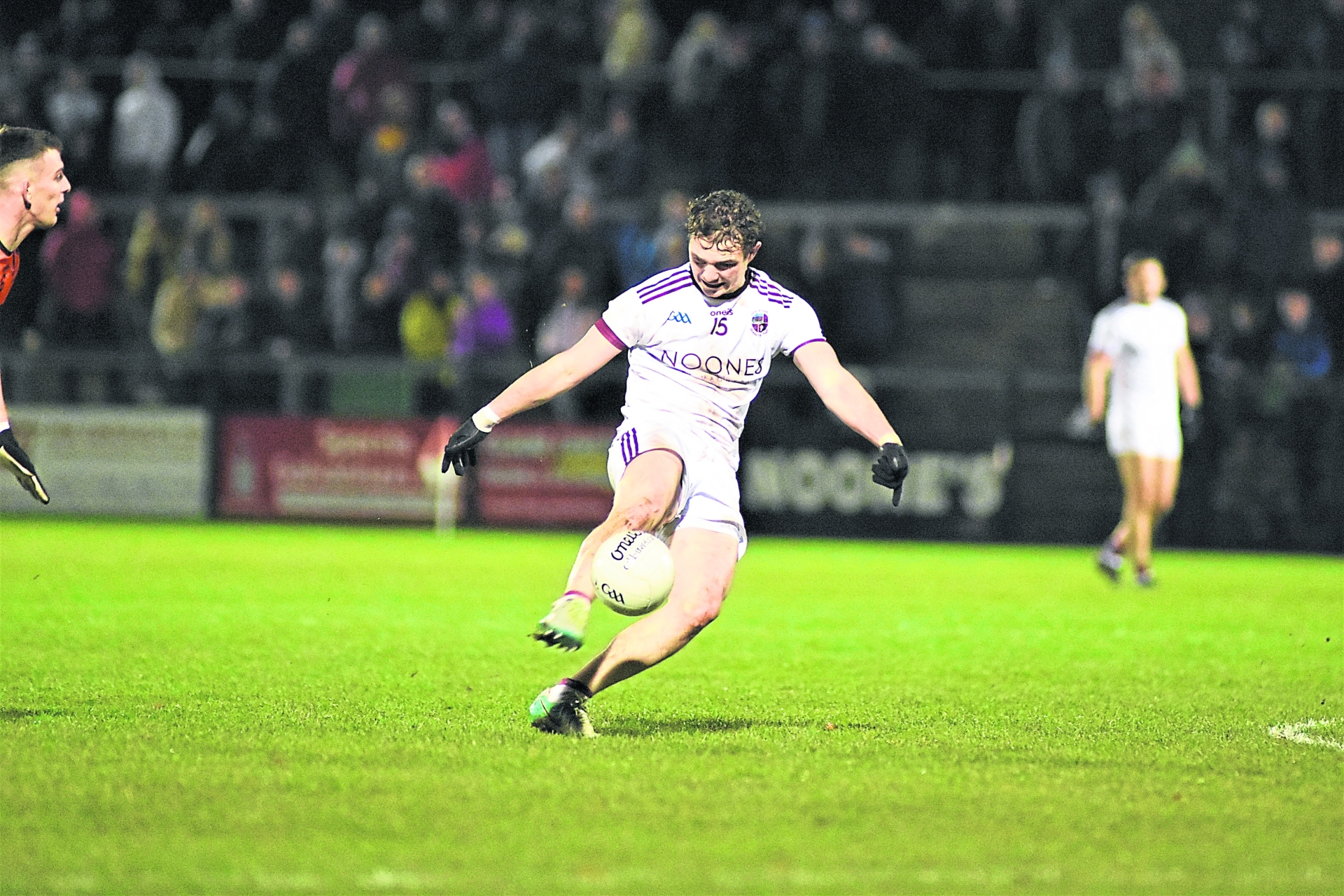 Slaughtneil started the brighter in the second half, despite Dungiven having the breeze. Paddy O'Kane picked up an ankle injury after an accidental collision and while Dungiven were down to 14 men Sé McGuigan registered a fine score from play to bring the sides back level.

Both teams traded scores, points from Conor McAllister romping forward from the full back berth and Eamon Cassidy also notching up score from corner back saw the home side go into the lead. Dungiven replaced the injured O'Kane with Conan McReynolds, and Seamus McCloskey was introduced for Cahir Higgins. Trailing by one point the Dungiven men were lifted when Conor Murphy rattled the ball past McMullan to go two clear.

Brian Cassidy then left the field after picking up an injury. Sé McGuigan scored the resulting free followed with a score from Conan McReynolds to make it a two point game before Sean Curran called time.

The weather was good, the football was entertaining but the crowd were indifferent to a game that was played in the manner of a challenge match.

Dungiven have players to come back into the squad, with the Mullan brothers, Mark Craig, Odhran McKeever, Conor Kelly and Darragh McGilligan all becoming available after Derry's hurling campaign came to an end at the weekend. Alongside Donal McGilligan, Martin Burke due to return from niggling injuries, there will be competition for places for the men in black and white.

Slaughtneil were seriously depleted and manager Paul Bradley looked to some fresh faces to fulfil this fixture. Ruairi O Mianáin, Eamon Cassidy and Jack Cassidy all learning their trade in this experimental league format. Derry's defeat to Mayo will see some experienced faces return for selection, alongside the missing sharpshooter Christopher Bradley - but in a league that has no bearing on anything important Slaughtneil will have plenty to work with before championship comes.

In an emotional week for the Bellaghy Wolf Tones club which saw them honour the 25th anniversary of the death of Sean Brown, the home side finished level with visitors Coleraine on Saturday evening. Lee Brady found the net for the home side while the trusty boot of Damon Gallagher registered four points, two from play.

Eoghan Rua continue with former mid fielder Barry McGoldrick between the sticks and he had a sound game against the 'Tones. Brothers Sean Leo and Colm McGoldrick stood out for the visitors, whilst Ruairi and Dara Mooney were also impressive.

Ballinascreen remain unbeaten in the league this season, having drawn at home at the weekend to register their second draw from six games played. Ciaran Devlin took the only goal of the game while Philly Bradley was top scorer for the home side with eight points, six from frees.

Erin's Own clinched the points in stoppage time at the weekend.