ULSTER SFC: A decade in waiting for goal hero Heron 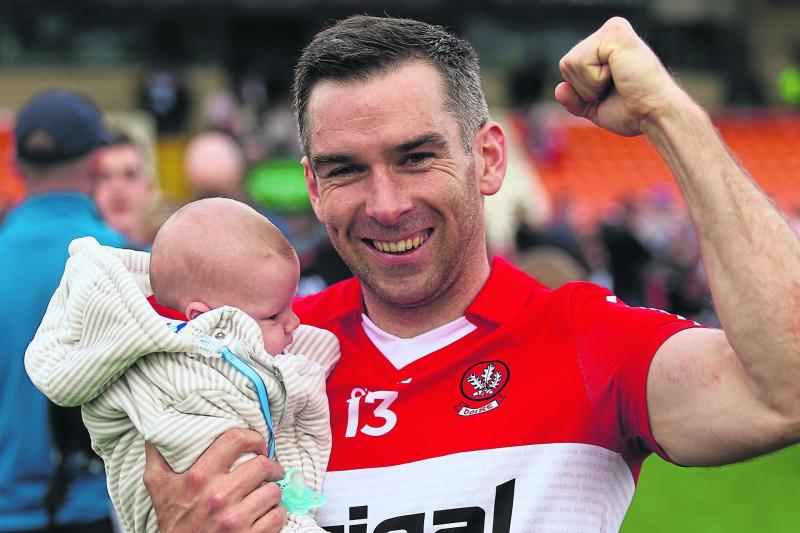 “By hook or by crook we had to get to the final today. It’s been too long since Derry were in an Ulster final and that’s the most important thing so we’re just absolutely delighted.”

An ecstatic Benny Heron couldn't hide his delight after Sunday's win in Armagh.

Last year Derry left Ballybofey absolutely heartbroken as a late Paddy McBrearty score saw them defeated, a key moment in the game when Heron’s fisted effort at goal bounced on the line and was cleared.

“I had a lot of sleepless nights over that miss. It was nice to get the two goals there today, and it’s an old cliché but everything was about getting into the final.

“This is my tenth year and it is without a doubt the best day. We’ve got to league finals and stuff like that and that’s grand, but you want to represent Derry as best you can in the Ulster Championship, and for a lot of those years we didn’t,” he told the County Derry Post.

“This will be my third Ulster Championship win playing for Derry so I’m just over the moon. It’s been a long time coming and a lot of hard work has gone into it, and I’m just delighted to get the result today.” 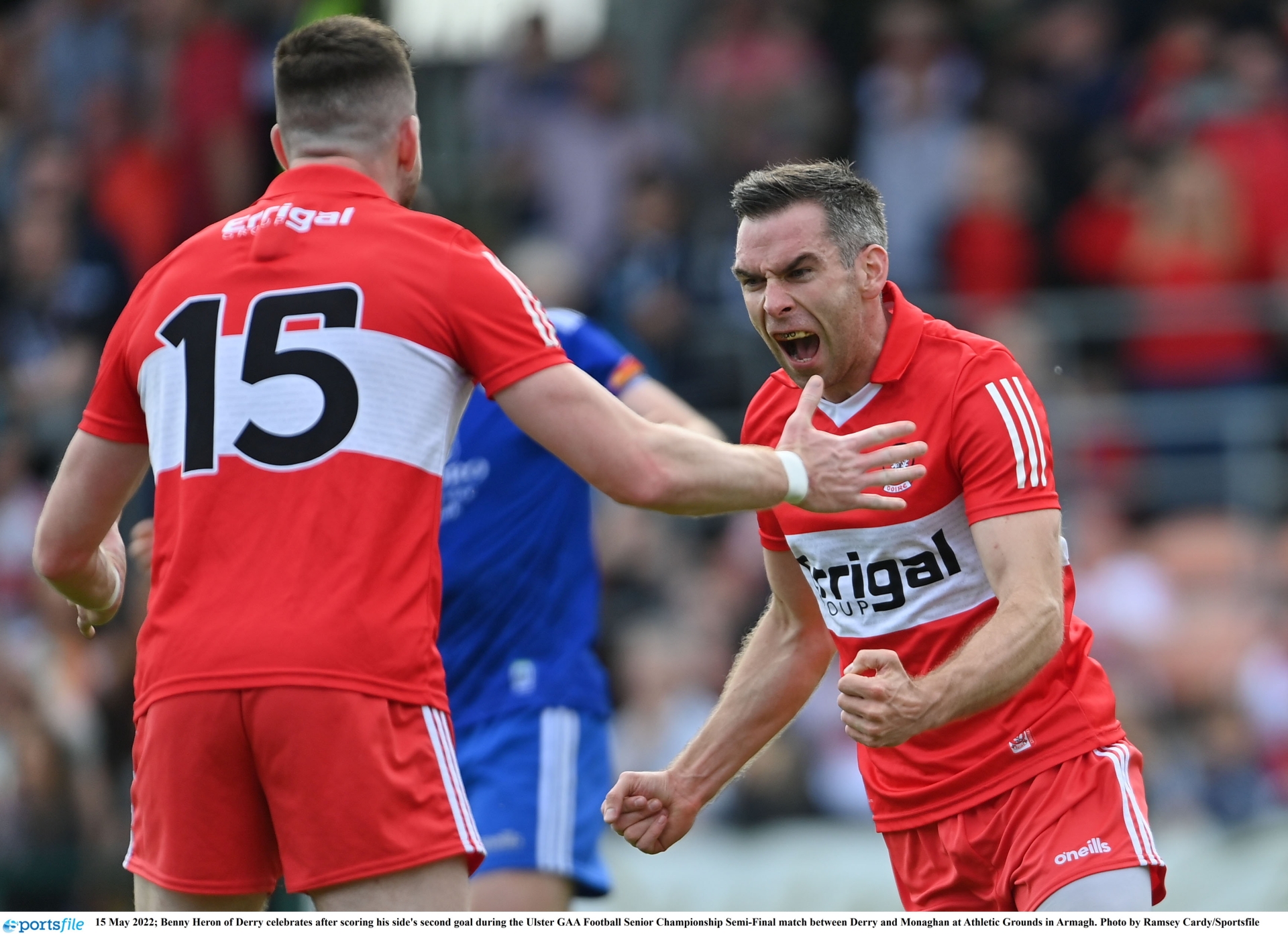 Heron is just one of two players in the Derry panel aged upwards of 30, compared to ten on the Monaghan squad, and while much was made of the difference in big championship game experience between the two when the chips were down and the tide looked to be turning against them, the Oakleaf men ultimately came through.

The result was, of course, massively pleasing for Heron but he knows there’s a lot more to do before their final clash with Donegal.

“We dug in but probably when we sit down and look at it there will probably a lot of different aspects of the game that we weren’t happy with. We maybe lost control, of the game in patches whereas against Tyrone we were a lot more measured and controlled,” said Heron.

“Probably the goals gave us that cushion to sit back a wee bit more and we can’t be relying on that every day so we will have to regroup and focus for Donegal but we’re just delighted to be in the final.”

Can you spot yourself?