Gary Duffy's team certainly hit the ground running in the Leo Murphy Cup opener, which was switched to Celtic Park from Ballybofey

Donegal opened their U-20 Development League Leo Murphy Cup with a comprehensive win over Derry at Celtic Park this afternoon.

The side managed by Gary Duffy looked very well-prepared, even at this early stage of the season, for the fixture that was reversed from MacCumhaill Park in Ballybofey.

Derry, although missing Lachlan Murray and Matthew Downey - who are part of Rory Gallagher’s senior set-up - look like they’ve a bit more work to do in the coming weeks and were soundly beaten on the day.

Termon’s Bobby McGettigan scored two of the goals, with Ryan McShane also on the mark, while Johnny McGroddy was central to all of Donegal’s good work with seven points as the ‘visitors’ made light work of the heavy conditions. 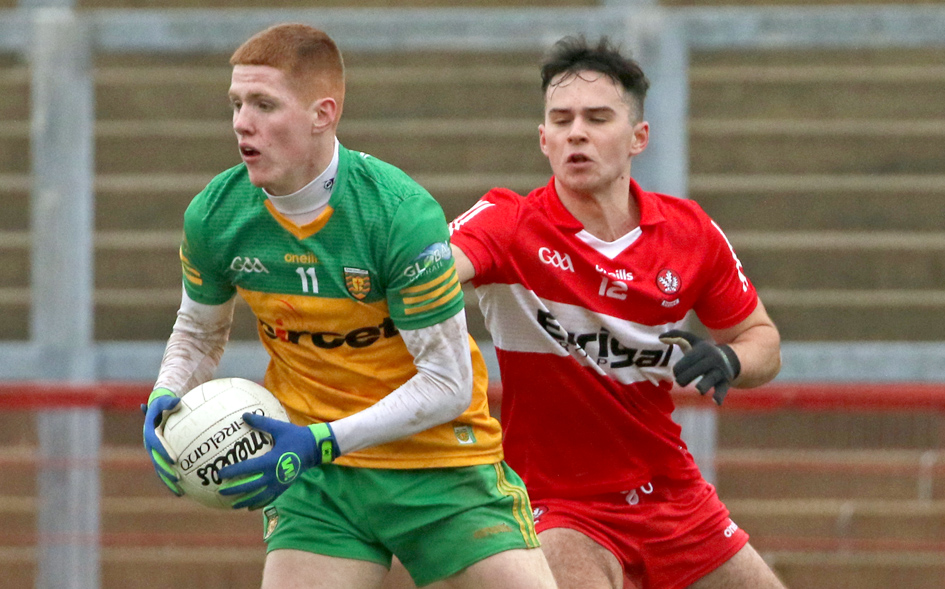 It was in marked contrast to last season, with panels having to prepare as individuals and no competitive preparation for the championship.

By half-time, Donegal were in decent position and were 0-10 to 0-4 in front, with McGroddy scoring five times as the hub of the attack. For Derry, Ryan Lennox, Shea McKenna and a couple of nice scores from Jame McGurk made up their interval total.

From humiliation in Killarney to Sam's for the Hills

Donegal were at a crossroads ten years ago when they were battered by Kerry. Six months later, the same 15 players started the 2012 All-Ireland final. Chris McNulty goes back in time with Eamon McGee

Donegal, on the other hand, saw McGettigan open his tally for the day, while Caolan McColgan, Eric Carr, Paul O’Hare and Carlos O’Reilly joined McGroddy on the scoresheet.

Duffy had to plan without Richard O’Rourke and Jack Gallagher but had plenty at his disposal with the likes of Luke McGlynn and Oisin Caulfield promoted from the U-17 panel who made the Ulster final last season. 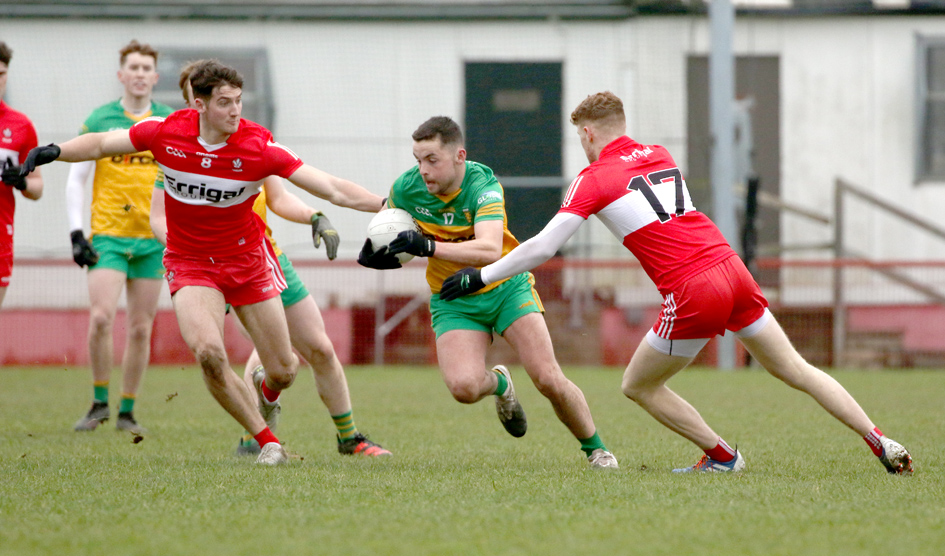 Donegal continued to put the pressure on in the second half and grabbed their first goal on 39 minutes when a kick-out from Derry goalkeeper Callum Lagan was intercepted by McGlynn, who set up McGettigan to find the net on 39 minutes.

The second goal arrived just four minutes afterwards when a move that involved Cian Mulligan and Fionan Coyle ended up with McShane netting at the second attempt, with Lagan saving the first, for a 2-12 to 0-5 lead.

Derry only managed two scores in the second half, with Tiarnan Higgins and substitute Mark Dixon the scorers, while Donegal kept the umpires busy at the Brandywell side. O’Reilly got his second point and Kealan Dunleavy got in on the act before the third goal three minutes from time, through McGettigan on the turn.

David Clifford named on substitutes' bench for Kerry against Donegal

McGroddy kept the scoreboard ticking over more than most and he was denied a fourth Donegal goal by Lagan, who made up for his error with the attempted short kick-out going aray.

Next Saturday, Donegal make the trip to Roscommon with Derry pencilled in to meet Mayo. 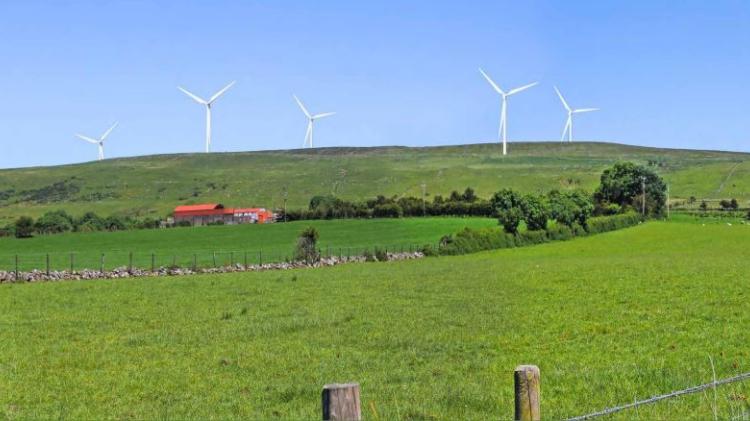 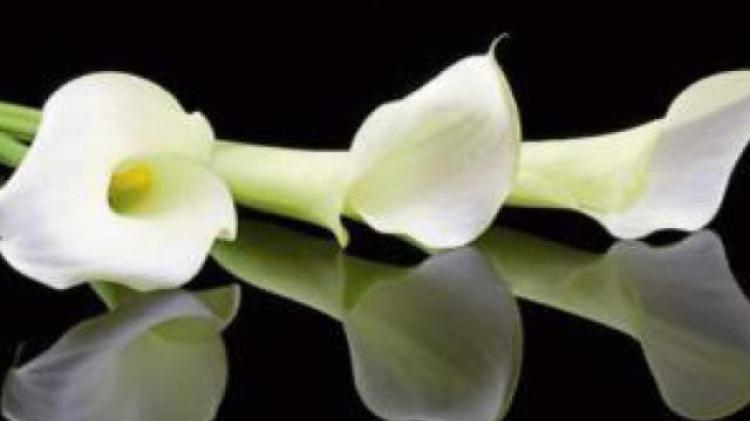