Derry men to face Ballygunner on Sunday in Parnell Park 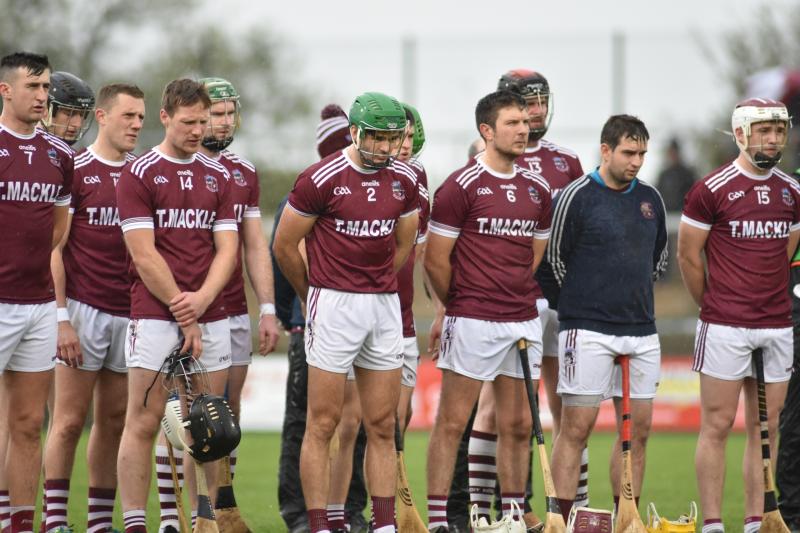 Slaughtneil hurlers are in action on Sunday. Pic by Mary K Burke

Slaughtneil are hoping to find a balance between finding the best form of themselves and keeping an eye on Ballygunner’s danger insists captain Cormac O’Doherty.

The Emmet’s take on three-time the Munster champions this weekend as they bid to translate three semi-final defeats into a first ever All-Ireland hurling final appearance.

Their first appearance on the national stage saw them on the wrong end of a 3-21 to 2-11 defeat to a Cuala side on their way to back to back All-Ireland titles.

Speaking after the game, manager Michael McShane vowed that his side would be back and O’Doherty admits it was the start of a learning curve that saw the Ulster champions improve with every season.

“It showed the level of hurling – both technical and physical – needed if you wanted to compete,” said the skipper.

“We were a long way off where they were at that stage and it was a big learning curve that day.”

O’Doherty feels players can always work on their technical skills, but the sheer athleticism of Cuala was on a par with county teams and had club teams playing ‘catch up’.

In a manner similar to their 2013 defeat to Loughgiel that began their rise in Ulster, Slaughtneil tore into Limerick’s Na Piarsaigh in their second All-Ireland adventure and got into a winning position before surrendering against a rampant comeback.

“You could make comparisons there in terms of trying to lead from the front and more so, what not to do,”

The much talked about humdinger with Ballyhale in 2020 will go down as one of the classic games in the club championship, but a brave show isn’t enough for O’Doherty to tag the word belief onto.  Moral victories aren’t a currency he is prepared to deal in.

“We threw everything at it. It was the same old story, we didn’t get the result,” he said.  “A lot of people talk about how good the game was, but for us we didn’t win.”

He offers two options - play well and lose or play badly and win.  The latter is the only show in town.

O’Doherty points to the fact the game is two years ago and much water has passed under the bridge.

“We were able to match them (Ballyhale) for a few big parts of the game,” he accepts.  “It was a big step up before anything we had been involved in; unlike our previous games in the All-Ireland that was a 64 to 65 minute game.

“It was helter skelter for a long time. It was a great game to be involved in, but at the end of the day we still came up short.

“A few people mentioned the belief. At the end of the day we still lost that game, so how much belief can we take from that. It is more focussing on ourselves and how far we have come.”

The Fr Collins Cup has remained at Emmet Park for another two seasons and with the help of impressive performances from Meehaul McGrath and Brendan Rogers they slew Dunloy for a third time on their way to a fourth Ulster final.

“It is really just a case of focusing on ourselves and taking belief that we have got back there for a fourth year, but we are under no illusions of just how much the step up is going to be on Sunday,” Cormac said of their clash with Ballygunner.

Analysis helps.  O’Doherty agrees that sussing out the opposition.  Tucked away in the An Carn complex, close to Emmet Park, the team would meet.  Snippets of footage are offered on the back of steaming pots of tea.

“Teams can get caught up closing down the opposition and stopping them playing that much that they forget to play their own game,” O’Doherty adds.

That’s the secret this week – a balance between getting the matchups on Dessie Hutchinson and Billy O’Keeffe, Pauric Mahony and the rest of the Ballygunner key cogs and honing their own game.

“If you stop the other team, it is all well and good but if you don’t perform, the result is still going to be the same.” O’Doherty.

“Mickey and the rest of the management team have put a lot of work into trying to find that balance.