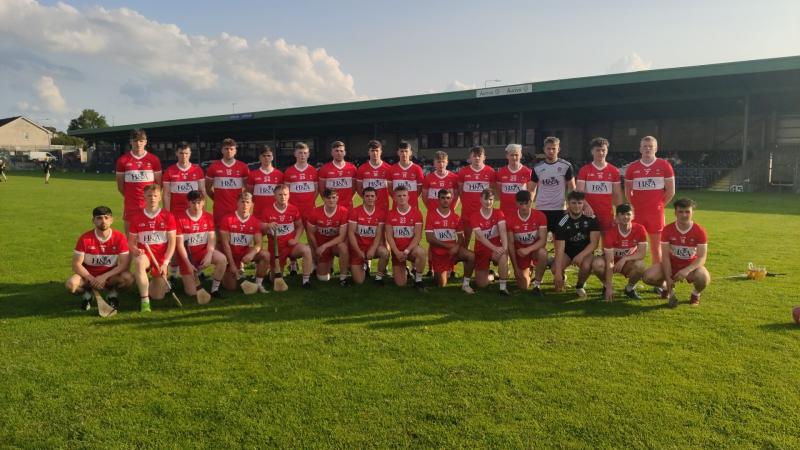 The Derry U20 hurling squad pictured before their semi-final win over Sligo.

Derry await the outcome of an appeal lodged against midfielder Michael McCormack's red card in their recent All-Ireland U20 B win over Sligo.

McCormack and his Sligo opponent Michael Munnelly were sent off, on straight red cards, by Galway referee Brian Keon in the opening seconds of the game.

Derry expect the outcome of their appeal to McCormack's sending off for a strike with 'minimal force', but the game wasn't recorded on video.

The Oakleafers were 2-19 to 1-15 winners thanks to goals from Shea Cassidy and Padraig O'Kane, setting up a final with Meath with a date yet to be finalised.