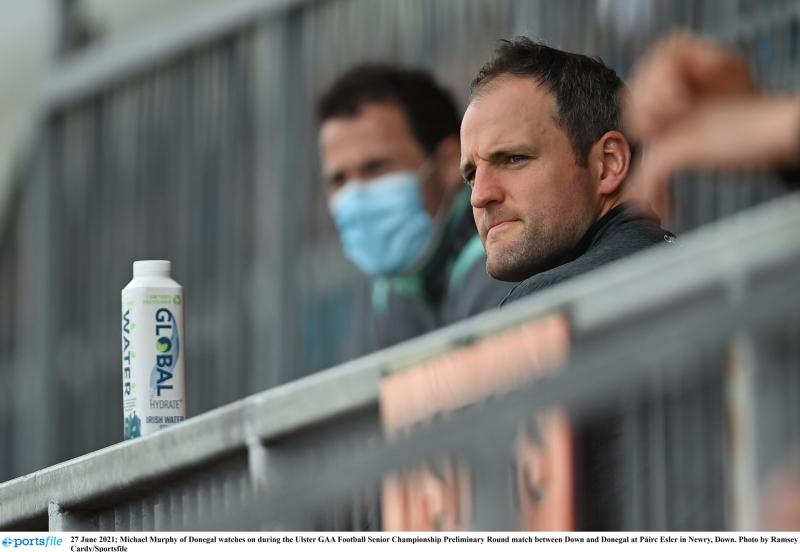 Michael Murphy of Donegal watches on having been substituted in Newry. Photo by Ramsey Cardy/Sportsfile

Donegal manager Declan Bonner says Michael Murphy and Odhran MacNiallais are fit and available to take on Derry in the Ulster SFC quarter-final on Sunday.

Both men have suffered hamstring strains in recent weeks, with Murphy withdrawn against Monaghan in the Allianz League six weeks ago and then the weekend before last in the 2-25 to 1-12 Ulster preliminary round win over Down in Newry.

MacNiallais sat out that victory as he was withdrawn against Dublin in the league semi-final at Breffni Park, which the All-Ireland champions won on a 1-18 to 1-14 scoreline.

“He’s in great form,” Bonner said of his captain this morning. “All good. With just one session to go we’ve almost a full bill of health. The only players within the group that aren’t available are Kieran Gillespie and Jeaic Mac Ceallbhuí, who are coming back from injury. The rest are going well. Odhran MacNiallais has been back training since the Tuesday or the Wednesday after the Down game.”