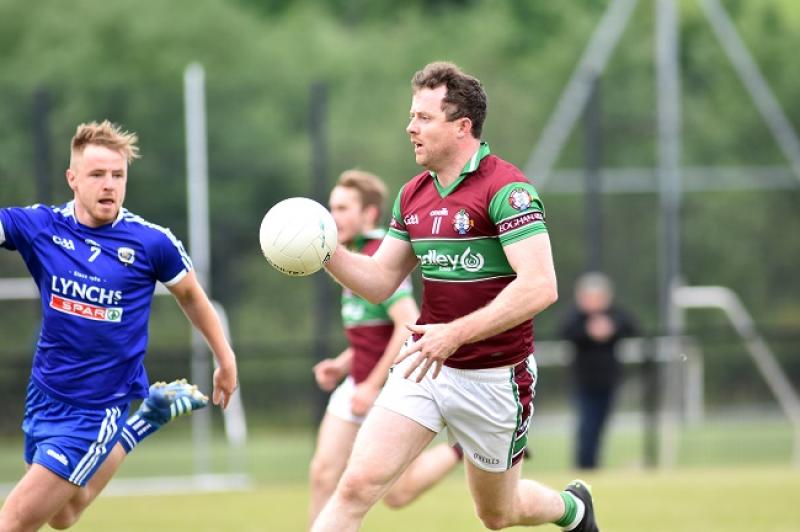 Coleraine outscored Claudy 2-3 to 0-1 on a five-minute spell during the third quarter to turn Friday night's game on its head at O'Neill Park.

It took the visitors from five points down and after going three points to the good, they pushed on to lead by five before a brave Claudy comeback.

Three points from the impressive Oran Armstrong cut the gap to two points before man of the match Niall Holly caught the next kick-out.  Liam McGoldrick took the play through midfield and Lorcan McMullen hit a third Coleraine goal in stoppage time.

The home side had a slice of fortune before half-time when Odhran McCloskey's shot sneaked in at the top corner and Claudy were 2-6 to 0-9 ahead at the break.

McCloskey and Conor Gormley stretched the lead to five before Coleraine made their comeback.  After missing a series of chances with rash options, Eoghan Rua shaved the lead to two points. When they capitalised on a Claudy short kick-out, McGonigle punished with a low drive to the bottom corner.

Liam McGoldrick had a big say on the pattern of the game and he added Coleraine's second goal a minute later, as they went on their way to control the game.

Claudy  battled all the way to the end, but as they pressed for the goal they needed, Coleraine hit them on the break with McMullen's goal to seal the game.