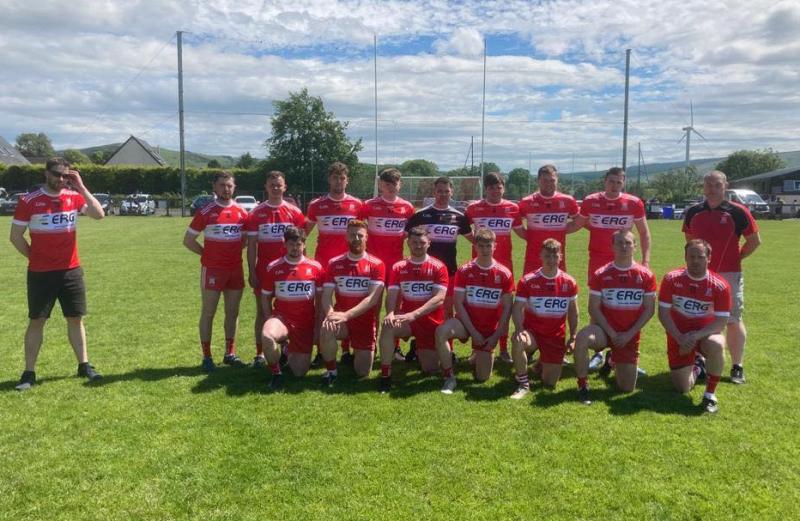 A late goal from Shea Murray saw Sean Brady's Drumsurn overcome neighbours Dungiven at home and maintain their impressive start to the season.

Drumsurn left it late against Lissan in their first outing and, with Tiarnán McHugh returning to the fold, Sunday's win puts down a marker for a team looking to deliver on their promise in recent seasons.

Dungiven, who beat Castledawson in their first game, were a point ahead at the first water break, 0-5 to 0-4, with points from Marty Burke and the impressive Cahir Higgins.

Higgins and Conor Murphy had Dungiven three points ahead before Drumsurn dug themselves back into contention with frees from McHugh and Ruairi Rafferty to lead just a point between the teams at half-time.

McHugh levelled the game before Tiarnan Woods hit a 37th minute goal to put Drumsurn 1-7 to 0-7 ahead. Two frees from Murphy had the game perfectly poised at the second water break, with the home side two points ahead.

Shea Murray and Marty Burke traded scores before Dungiven had a goal chance. Conor Murphy was going through, but the attack was stopped for what was deemed an illegal hand pass and Drumsurn were awarded a free out.

Daire McKeever notched a point for Dungiven, but they were not able to get themselves back on level terms. Murray and substitute Sean Butcher stretched the gap to four points before Murphy kicked two scores to leave the game back in the mix.

Then, in injury time, Drumsurn forced a turnover and after a swift counter-attack, Murray finished to the net to seal the deal for the home side.

For a full league roundup, across all three divisions, get a copy of Tuesday's County Derry Post.