Derry face Down or Donegal in the Ulster Quarter-Final 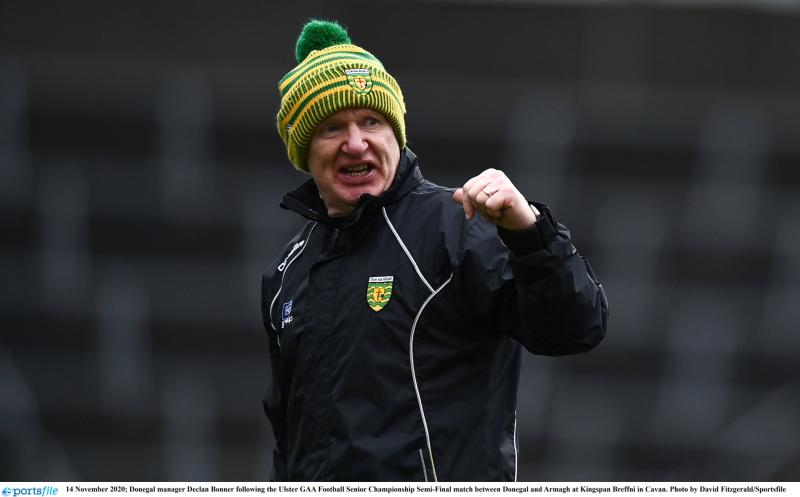 Donegal manger Declan admitted the fitness of Odhran MacNiallais 'is a worry' ahead of the Ulster SFC with the Gaoth Dobhair playmaker forced off in the first half of Donegal's 1-18 to 1-14 loss against Dublin on Saturday.

Donegal open their Ulster SFC with a preliminary round fixture against Down on Sunday, June 27, with Derry waiting on the winner in the Quarter-Final.

"Odhran came off with what looked like a soft tissue injury and we’ll see what damage has been done," Bonner admitted after the Allianz League Division One semi-final. Two weeks out from championship, that’s a worry."

Stephen McMenamin didn't appear for the second half at Breffni Park and Patrick McBrearty was said to have experienced late discomfort in kicking a free - something that his manager hadn't heard any news on in the immediate aftermath of the contest.

"Stephen got a dead leg and we don't think its anything too serious," Bonner said of McMenamin.

Donegal made six changes to the starting team and were without Michael Murphy again after the captain suffered a hamstring strain in the fifth minute of the 1-20 to 4-11 draw with Monaghan last month.

"We had to be careful and not risk anyone but it also gave lads a chance to play against Dublin, quality opposition, and see where they’re at. Tonight's match probably didn’t have that real edge. It is what it is. We had to take stock of where we are at and what’s priority."