Roscommon is Derry's full focus ahead of crunch league clash 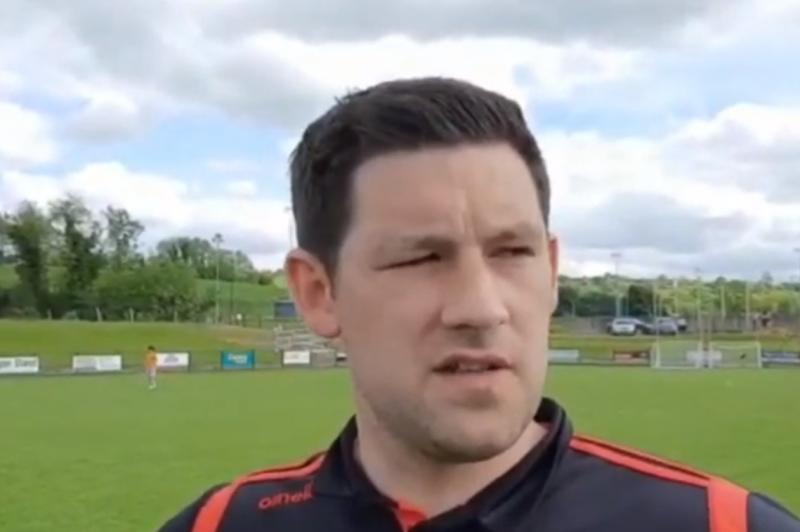 Saturday's clash with Roscommon is all that matters. That was the main theme of Cormac Donnelly's thoughts following Sunday's blockbuster that saw Derry eke out a one-point win.
The Derry joint manager mentioned this weekend's clash on three separate occasions during his short post-game interview.
The Oakleafers go into Saturday's final league game knowing exactly what is needed. While a draw would be enough to see Derry hang on to their Division 2B status, a win over a Roscommon side who lost all three games so far will be firmly on the radar this week.
After losing to Mayo and Kildare, both on their travels, pulling themselves on the right side of a result on Sunday was all that mattered and Derry now go into their last game with some momentum.
“The most pleasing thing from us was that we stuck at it and came back at it and we found a way to win it after a couple of poor results,” Donnelly said of Sunday's win.
"The players ground it out in the end against a good Donegal side. It was a big battle and we probably had the game won two or three times and then we downed tools and let them back into it, so there is plenty for us to go and look at.”
Donnelly referenced missed chances and goal opportunities that went abegging, with often the last pass going astray. He also gave Donegal credit for what they brought to the game.
“It was pleasing to win and win in the manner that we dug it out. All roads now lead to next Saturday against Roscommon,” he added.
Cormac O'Doherty's 0-13 tally took him to 0-28 for the season and his mammoth free won the game. Cormac Donnelly, who coached O'Doherty at Slaughtneil, said his captain 'did well' among 'many others'.
“We need that next Saturday and more. Cormac did well, he won a few important balls towards the end,” Donnelly commented.
Donegal were incensed not to have been awarded a penalty in the closing stages of the game when Derry led by a single point and Declan Coulter's long ball was won by Richie Ryan.
"From our point of view,” Donnelly stated. “It looked as if the full forward (Ryan) had thrown the ball into the back of the net before Oisin (O'Doherty) came anywhere near him. Look, they go for you and they go against you. There were probably a couple of dubious decisions that went against us that we could argue over but there was  no question about the red card (Conor O'Grady's 65th minute sending off).”
Donnelly, who along with Dominic McKinley is in his first year in charge, feels Derry are a 'work in progress'.
“I can only praise the players with how they dug out the result today. We found a way (to win) and we have to find a way next Saturday again,” he said.
Eoghan Cassidy missed the game due to a head injury picked up during training and Derry will have to 'follow the protocols' surrounding concussion with Dr Paul John McCormack before making any decision on his availability for this Saturday's showdown with Roscommon.
Since the beginning of the season, Derry have lost seven of their panel. Lavey's Chrissy Henry, who played with the club in their win over Bellaghy on Sunday, is set to leave next month for a year working abroad.
Kevin Lynch's trio Sean Kelly, Niall Ferris, Thomas Brady have withdrawn from the squad, as have Niall Doyle, Noel Rafferty and Paul Cleary of Ballinascreen.
Speaking after the game, Cormac Donnelly said he was happy with the 'small group' they have to work with. "It took us a brave while to get a squad who wanted to be there and you find out about the character of the players,” he said.
“We believe now that we have a small group there that want to be there, want to represent Derry and fight for Derry and I think you saw that today.
"We are happy enough with what we have now and boys who want to put themselves forward to represent the jersey well every night at training and every time we have to play a match.
“The boys who are in those changing rooms at the minute, that's who we are concentrating on and that's who is important for Derry hurling so we move forward with that.”