Cavan fed off our mistakes: McKaigue

Derry skipper wants his side to be more clinical 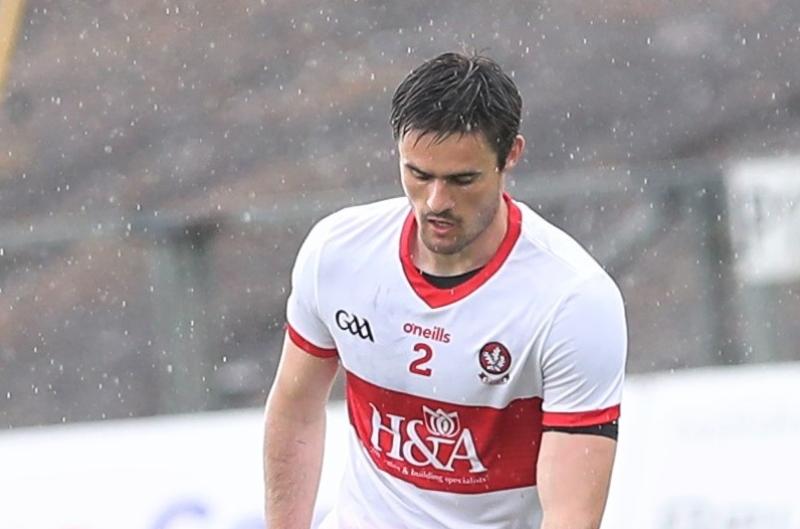 Derry's backs were to the wall in the closing stages of Saturday's encounter, yet they were able to wrestle off the Cavan challenge.

It wasn't enough to please skipper Chrissy McKaigue who looked on his side's performance as a mixed bag.

In a game they could've as easily lost, Derry surrendered a five-point lead in the first-half and after holding Cavan scoreless for 30 minutes, the Oakleafers were almost reeled in from being seven points clear in the second-half.

“That’s something we’re working on, to try and become more consistent. We’re not going to really challenge the top teams in Ulster if we’re not more consistent than that, to be honest.”

Across the three games, McKaigue feels Derry haven't been clinical enough, something they are fully aware of.

“We need to get better because, as you can see at this level, a missed goal opportunity, a couple of missed chances, it can give the other team oxygen, give them energy and Cavan fed off our own mistakes today,” he said.

“As dogged and as spirited as they were, we contributed a lot to our own downfall today, there’s no question about that.”

Two years ago, Derry's away win in Limerick dug Damian McErlain's side out of Division 4 and it's the same opponents standing in the way of a return to Division 2 for the first time since the Oakleafers' 2017 relegation.

“The reality is if we don’t beat Limerick our good work here is left redundant. We need to get prepared right because this is our first championship game of the year, there’s no hiding away from that.”

From their 2019 encounter, McKaigue recalls Limerick as a big, strong, physical side, with 'massive' men.

“As they’ve shown in their last two league campaigns, they’re a match for most.” he added