Drumsurn's eye for goal helps them to win over Claudy

Sean Brady's side will face Glenullin in Sunday's semi-final 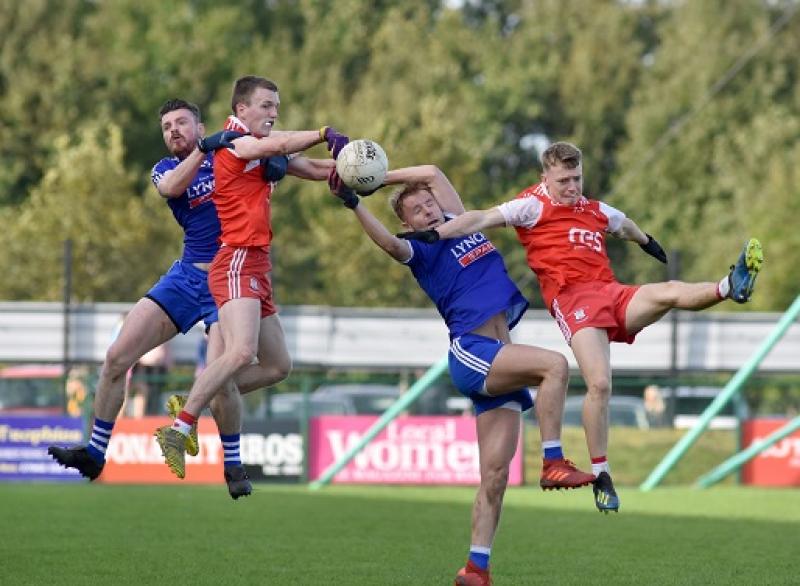 Ruairi Rafferty was on the scoresheet as Drumsurn beat Claudy in the Dr Kerlin Cup. (Pic: Mary K Burke)

The sides were level, 0-5 each, at half-time before the game sparked into life in the third quarter.

New Drumsurn manager Sean Brady was without Tiarnán McHugh, who is currently in the USA, but a Ciaran Mullan goal set them on their way early in the second-half

The visitors hit the net twice through Fearghal McIntyre and Shea Murray to lead by double scores with 15 minutes to go.

Claudy had their spell and after three unanswered points, Aaron Kerrigan's penalty cut the gap to just two points.

As the game ticked into the last 10 minutes, Odhran McCloskey's goal had Claudy in the lead.

Drumsurn kept plugging away and got their reward when Ciaran Mullan hit a fourth Drumsurn goal late on to win the game.

They face Glenullin on Sunday, with Banagher and Dungiven facing off in the other semi-final.