Dermot O'Kane led the way with 1-6 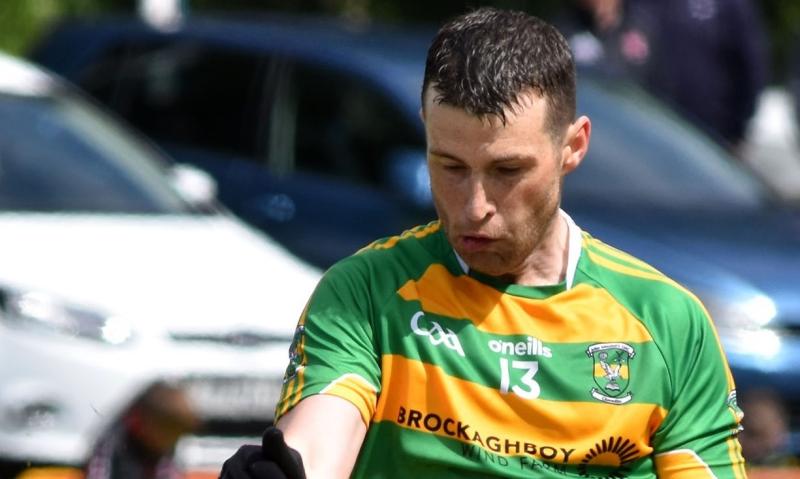 A tally of 1-6 from Dermot O'Kane the trickery of Fearghal Close helped Glenullin into the semi-finals of the Dr Kerlin Cup at the expense of Coleraine on Sunday afternoon.

Two points in quick succession from Christopher Dempsey put the home side into the lead for the first time after 26 minutes, but a goal from Colm McGoldrick saw Coleraine narrowly ahead at the break, 1-4 to 0-6.

The second half was just two minutes old when a brilliant team move resulted in a Glenullin penalty.  Goalkeeper Cillian Butler pulled Close's jersey as he bore down on goal and was sent to the sin-bin.

Liam McGoldrick, who was back at full-back after spending time in goals last season, stepped in as 'fly 'keeper' in Butler's absence, but Dermot O'Kane drove the penalty to the top corner of the net.

It put Glenullin into a lead they never lost.  Coleraine battled back into the game, but the home side's attractive brand of football ensured they kept the scoreboard ticking over and on their way to victory.

It was a reverse of the hammering Coleraine dished out to 'The 'Glen' at the same time last season.

Liam Bradley's men were full value for their win and will face the winners of Wednesday's clash of Claudy and Drumsurn in the semi-final.

On the other side of the draw, Banagher's 1-19 to 0-9 victory over Foreglen puts them through to the last four where they will play Dungiven after Stephen O'Neill's side saw off Steelstown (1-13 to 0-9).