Looking at the importance of leaders in successful teams

The changing of the guard continues at Celtic. Just four weeks after manager Neil Lennon's resignation, skipper Scott Brown heads for the Parkhead exit door. Whoever comes in as boss must find a new on-field general.

In a 14-year spell, Brown played over 600 games for the Glasgow giants, won 10 league titles and a dozen domestic cups. More than that, he was their heartbeat. 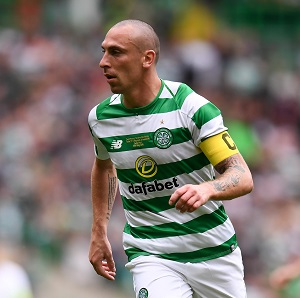 The road to success is a rocky one and any team navigating such a path needs, among other things, a tough underbelly.

Silky skills, lucky. craft, tactics and enough magical players to turn games on their head, any team looking to win trophies need them. But they need leaders too. Without a spine, everything else can horribly fall apart.

Having a manager the players believe in and are inspired by is an important ingredient. When the game begins, bar some cajoling from the sideline or a vital switch, the players have to deliver.

That's irrelevant if you don't have a group of players who will commit to the cause. The team with the most leaders, more often than not, will be left standing when the rest have fallen.

By a leader, it isn't always the actual captain, though it is important to select well. Managers will suss out their squad. Who won't be under pressure to retain their place? Who won't go AWOL in mid-season? Who will the players follow into battle?

It won't necessarily be the person who delivers the killer speech, but someone who would put their head where others wouldn't put a shovel. Or someone who, when the chips are down, who will want the ball. One point up, one point down or staring at a hammering straight in the face.

There will be a maverick in the equation, but depending on how unpredictable they are, it's unlikely they'll wear the captain's armband.

This time last year, Netflix unfurled The Last Dance on us and a Chicago Bulls team that included Dennis Rodman. He was colourful in every way. From his fancy hairdos to his fashion and party lifestyle. You'd never make him captain, but put him into the white heat of a ball game, he always delivered.

When they don't meet the manager half-way, it is time to cut them loose. But, again, if the chemistry is right in the team and a desire to succeed, everyone else will pull them into line. The maverick's way of leading would be to slam the ball in the back of the net to turn a game on its head.

It's just a pity Derry weren't able to fully manage Eoin 'Skinner' Bradley and channel all he had to offer. That type of magic to strike fear into teams. Every team has an assortment of different characters, fusing them altogether is the secret. Like Phil Jackson did with Rodman. It's not easy balancing everything, but if it was everyone would be doing it.

On the outskirts of any accommodation of a Skinner or a Rodman, there is the core of a team. The leaders that will define it.

God rest my primary school teacher Maire Trolan – a real lady – I always remember her telling us about empty vessels making the most sound.

The same can be said of a player. Those spoofing around a changing room, but if their team isn't in control are nowhere to be seen. These types of individuals are ten a penny.

In the game's melting pot where tackles need made and breaking balls are there to be hoovered up. A 30 metre run, despite being second favourite to win possession. Those who deliver in such cases, when the pressure is on, are what I call a 'championship player'.

When I think of the scenario, Patsy Bradley comes into my mind. Risking life and limb for the good of the team. He might never say much, but would never ask someone to do what he is not prepared to do himself. And with that comes a respect.

Cast the mind back to the Ballinderry team who dominated the senior championship, with seven titles in 12 years. They are currently in transition, with some of their young guns lighting up the championship last season. 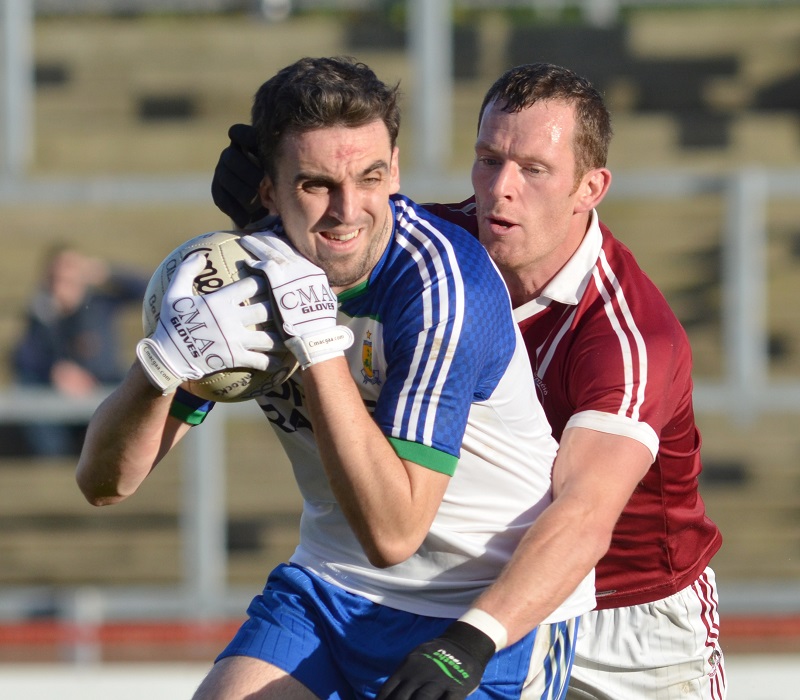 Think of what they lost. Two of the greatest they ever produced, Enda Muldoon and Conleith Gilligan, hung up their boots around the same time. Mickey 'C' Conlan departed the scene, with Kevin McGuckin – their last link with the 2002 All-Ireland team - retiring over the winter . You don't find that type of collective class and experience in a lucky bag.

That's where underage coaching needs to take an important focus in allowing an environment for leaders to blossom. Teaching the skills is of paramount importance, to instil the correct habits from early on. After that, players can begin to play at a faster pace and in games under contact.

As well as promoting a use of both sides, coaches need to allow players to take a lead in games. And to openly encourage it.

Chatting to Philip Kerr a few weeks back, he was outlining Derry's Games Development Committee's focus on getting coaches to observe and let their players...well, just let them play.

It promotes communication and an onus to work things out. At the end of the day, when gardens, streets and back fields were a hive of activity and a flurry of games, there were no coaches or referees. It was survival of the fittest and fastest.

Philip pointed to the concern of one dominant player being allowed to dictate to his quieter team mates on how the practice games would be played. This type of scenario needs to be managed. Everyone needs the chance to grow as a player and a decision maker. Players managed under a barrage of instruction won't need to think for themselves.

When your team is a point down and the fourth official signals two minutes of added time, that's when championships are won and lost. That's the time for fire in the belly, but an ice-cool persona. For someone you'd trust with your bottom dollar.

If your team is littered with such players, chances are you'll eke out an equaliser and maybe even a winner. While those with the soft underbelly can contrive to grab defeat from the jaws of victory.

Celtic's new manager will have to choose wisely to replace Scott Brown as captain. Picking the skipper deserves thought. If there are plenty to choose from, it's almost irrelevant who wears the armband. They will be like the manager, a facilitator,  just a link in the chain.