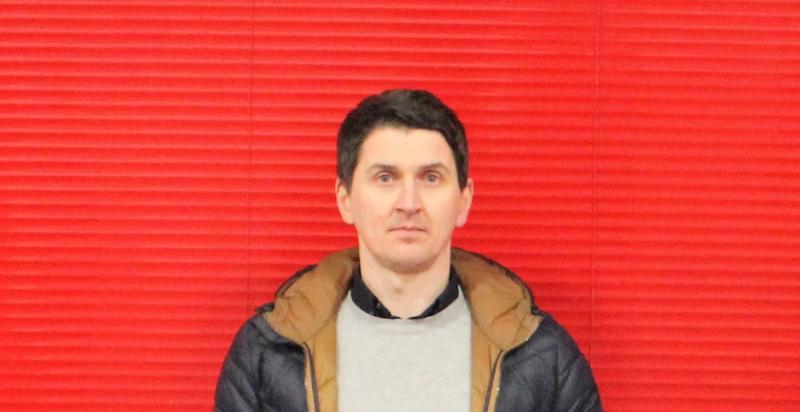 New Derry senior ladies' manager Odhran McNeilly is excited and looking forward to putting his stamp on the squad when collective training resumes ahead of the new season.

With over 50 players on the provisional squad, he can sense an excitement in the county, but Covid-19 has restricted their preparations.

The Randalstown native, who is joined by Moneyglass man Benny Marron as coach, met the squad via a Zoom call earlier this month to put his plans to the girls.

Derry had one hand on the All-Ireland title in 2017 before a controversial Fermanagh penalty forced a replay they lost in Clones to the Erne side.

Derry won Ulster the following year, beating an Antrim side managed by Benny Marron in the final, before bowing out in the All-Ireland semi-final to Louth. Without getting over the line, the Oakleafers have never been a million miles away from winning the elusive first All-Ireland title.

“That made the job very appealing to me,” McNeilly admits, who looks on it as a challenge.

“I thought they are not far away, the club championship is very competitive and the structures are very good with a link to the minors.

“Maybe it is just a subtle change that can make a massive difference here and Benny saw that as well. We know what we have to work with and are excited by it.

“There seems to be a really good feeling and a freshness. That comes from the players not knowing us, it is a whole new setup and we are starting to introduce new things.

“Players sense there is a change and that reflects well on them. It shows that they accept change and are willing to go with what we are trying to do.”

McNeilly had already committed to another season with Moneyglass before Derry came calling, but both parties were happy enough for him to juggle the commitments, something the split season has allowed other managers to take advantage of.

“I would like to get a lady to come on board as part of the management team,” McNeilly points out. “If we could get someone in as a selector, it would be a real bonus, maybe an ex-player. We are looking around, time is on our side and we have a few weeks to get our house in order.”

The squad has been broken into 10 groups, each with a leader, to work through a 12-week conditioning programme drawn up by Claudy player Conor Johnston, who came recommended as Strength and Conditioning coach by his former Claudy manager Michael O'Kane, who has taken the reigns of McNeilly's native Tír na nÓg this season.

Each player uploaded three videos of themselves carrying out various tests and Johnston has tailored the players' programmes to suit.

“For me, he is more important than I am at the minute,” McNeilly said. “Without him, the girls would be fairly idle and with him on board...it's great to have that expertise.”

The new Derry boss has already sounded out Derry GAA's Head of Performance Analysis Ben McGuckin about getting an intern involved with the ladies' team and that would leave 'everything in place'.

McNeilly has already watched Derry's games from last season, as well as the junior, intermediate senior finals, and has leaned on last year's skipper Grace Conway to cross reference who all was on last year's panel.

He has tapped into new minor manager Paul Simpson, who doubles up as the Derry Ladies' Development Officer.

“Paul is in a really strong position too. He has a lot of quality to work with, so it will bode well if we have a tie in with the seniors.

“It is the natural progression and when they come to the seniors, if they are at that level, they can fit in a lot better.”

As it stands, collective training cannot begin until Saturday, March 6 and after that the league will kick into action, with Derry in Division 4. Like the men, there will be sub-divisions of four teams, with the top two in each in line for a shot at promotion.

For now, the new Derry management are hoovering up any piece of information on their squad they can, with one eye on their opposition coming down the tracks. Every panellist has been furnished with a questionnaire to assess where they are and what they hope to achieve.

McNeilly hasn't made any bold statements about championships or promotion.

“My personal target would be to get the best out of the girls and that the setup is right. We need to make sure the girls are being well catered for, that the Strength and Conditioning is in place,” he said.

“If we get the training right, I know it sounds very cliched, the results will look after themselves. We will see where it takes us.”

The management told the squad of the County Board's pathway and McNeilly believes the girls are on the same page.

“I hope we can take a bit of momentum and results can go our way. It won't be easy and you have to allow for that, but I hope we can hit the ground running.

“We are in the same boat (as other counties), with nobody able to get out on the pitch. Last year, everybody talked about the 'Covid year' and maybe this year won't be that much different and a surprise package this year.”

Having watched Derry's 2-12 to 1-7 defeat to his native Antrim in last season's All-Ireland campaign, McNeilly feels Derry aren't that far away and that the Saffrons will also have high aspirations coming into the new season.

“The fact that Derry are there or thereabout stands by them, in that if you are going to compete with the top teams, you are not far away.”

A meeting with Antrim would be an interesting one. And it's something more likely to happen than not. It would leave things very interesting in Moneyglass, that hugs the Derry border along the River Bann.

“There wouldn't be much communicating before or after I'd imagine,” McNeill joked.