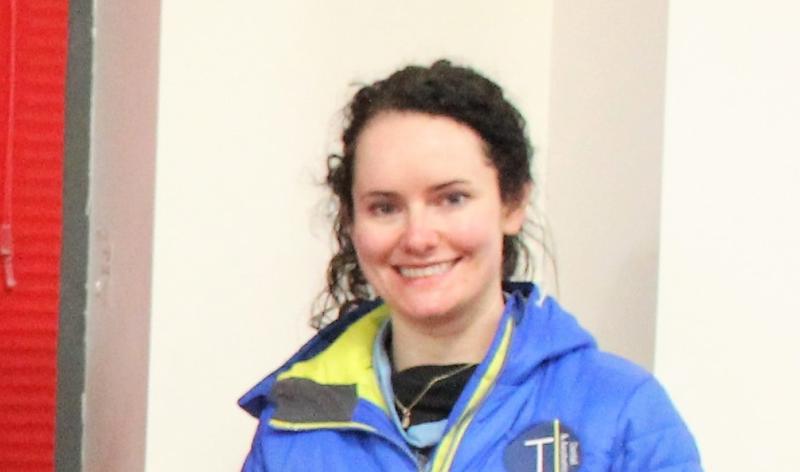 Grace Conway missed Derry's two All-Ireland final appearances to date, but is brimming with excitement for the new season and said the ball is now in the players' court.

When Derry lost the 2008 decider to London, she was part of the underage development squad and too young to be part of manager Mary Jo Boyle and Pearse McCallan's plans.

“Aine McCusker was in my year at school, but she had a December birthday and she played in full-forward in that All-Ireland Final. I was gutted, there was me and Nuala Brown...we couldn't have played, we were too young,” Conway looks back.

She grew up playing underage football for the boys' teams Moneymore, from the age of 'seven or eight' up to U14 level, when she moved on to Ardtrea, a combination of Loup and Moneymore parish that also had players from Ballinderry on board.

After being part of Ardtrea's sole senior championship in 2011, Grace was Dundee bound for six years of study that saw her qualify as a dentist.

She remembers the senior final of 2006, when Ardtrea had the all-conquering Glen side on the ropes. Her older sister Mary Angela and she came off the bench.

That day, their father Hugh was on the way from the airport with his other daughter Kathy. She played her football with Glen before Ardtrea started and jetted in on the morning of the game after a summer in America.

“She came on for the last 10 minutes,” Grace remembers. “We were up by a few points, but they came back and beat us. Daddy joked that he should've taken a detour on the way back from the airport.”

While it was an 'intense rivalry', Grace speaks of the respect between Glen and Ardtrea. Whoever got through to Ulster always had the backing of the other.

In 2009, Grace's first season playing for Derry, it was 'nice' to have the chance to play with both her older sisters.

Mary Angela was a late starter in football, with music featuring in her life. Kathy was taken under their brother Martin's wing to play football and by the time she was 13, she was off to join Glen's dominant machine.

“I remember Mary Jo (Boyle) coming to lift her. I always wanted to be able to go and play too,” Grace adds.

Graces' other passion was travel. After not getting into Dentistry at Queen's, she was apprehensive about the move to Dundee at the start. But it was a blessing.

“I am glad I went away, I would've been very much a home-bird at the start,” she admits.

The summers during her university era were spent travelling and it wasn't until she was back home, in 2018, that she was fully back with the football. By that stage, the dwindling numbers and not sufficient replacements from underage forced Ardtrea to fold.

Moneymore started up on their own, but Grace missed their 2016 junior title and the intermediate championship the following year. After finishing her degree, she took off travelling around South America and missed Derry's other Croke Park outing, the 2017 All-Ireland final and the replay that followed.

“If you talk to any of the girls about it, they don't know what happened with the penalty (in the drawn game) and the next day Fermanagh came out all guns blazing,” Grace points out. “Everybody has the drive to get back to Croke Park.”

Even when Derry won the Ulster title in 2018, Grace wasn't there when the celebrations kicked off at the end. With nine minutes remaining, she was carried off with a serious shoulder injury and the players brought the cup to her in the ambulance.

“I see that picture is still doing the rounds,” jokes Grace of the snap of her with the silverware in one arm and a sling on the other.

Later that year, Derry exited the All-Ireland series with defeat to Louth in the semi-final. They led that afternoon in Aghaloo, but a Louth player sustained a neck injury the game was delayed by some 40 minutes until an ambulance arrived.

“That hurts me the most of my football career,” Grace points out. “We let that game go. We are completely on top. Kate Flood scored a good goal, but the move should've been stopped on down the field.”

Grace felt her injury would've cleared up to push for a starting berth in the final. But it wasn't to be.

“I remember the whistle being blown. Everyone sat on the field for 10 or 15 minutes, we couldn't move and couldn't believe we had got beat.”

That's the closest Derry have got , but Conway, now turned 28, is excited about the season ahead. There was the big kid on Christmas morning feeling at the zoom meeting with the new management team.

“I am absolutely buzzing for this year,” she enthuses. “There is a core group of girls who have given everything to the county for years, but we haven't got over the last step.”

In 2018, Paul Crozier had 13 different clubs represented on the panel. In the last two seasons, Derry haven't been able to get all their players to buy in totally.

“There is the thought of the county being cliquey and awkward after us all going hell for leather from the club,” Grace offers.

Last season, Covid saw the club and county seasons split. With more girls committing to the Derry cause, any notion of cliques was banished.

“Everyone realised when you get to the county, we are all Derry players,” she adds.

With the new management being from outside the county and not linked to any club, it is clean slate for everyone. Over 50 players are on board, putting the onus on individuals to show their worth.

“When Odhran spoke (at the meeting), everyone listened,” Grace said. “The way he speaks to the girls, it is with so much respect and I think on Sunday, every one of the girls had a good feeling about the management.”

Grace spoke of the great managers in the past, but now with the players, management and County Board all working from 'the same page' there is hope of a change in fortunes.

Now it is up to the players.

“There has always been a slow start in Derry, this year we have thrown everything at getting the whole squad together. We have only met the management once, but I think they are going to instil a lot of belief in us. We are in a good spot going into 2021,” Grace sums up.