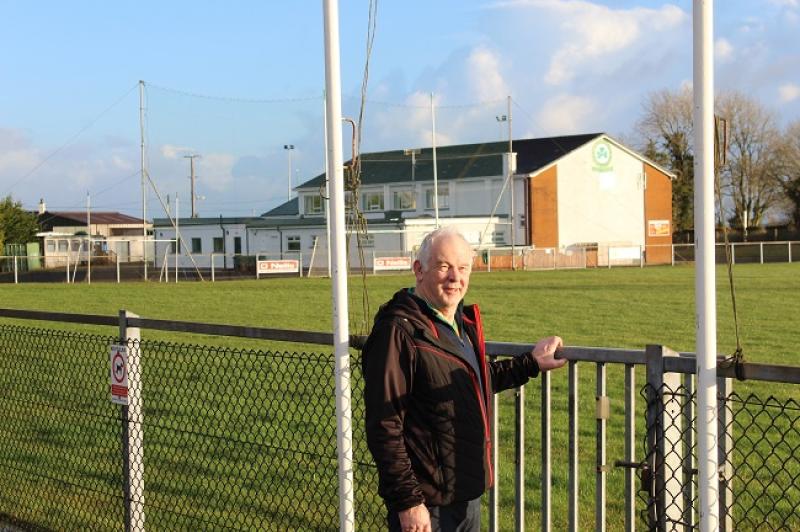 Desertmartin Chairman Pat Kidd says the club is 'in limbo' with regards to their three unplayed finals from the 2020 season.

The clubs senior, minor and U16 teams had qualified for their respective county finals, only for the competitions to be frozen after a second outbreak of Covid-19 which led to the GAA pulling down the curtain on the club season.

In an interview in the County Derry Post, to mark being voted as Club of the Year in the paper's GAA awards scheme, Kidd acknowledged the need to comply with Covid-19 restrictions but deemed the club as being 'unlucky'.

The Martin's were junior champions in 1950, before winning their only senior title three years later. In 1968, they won their second junior title, but despite getting to seven intermediate deciders, glory eluded them at this grade.

A one-point defeat to Craigbane was their only flaw in the group stages and after a facile win over Doire Colmcille in the last eight, they were semi-final winners (2-8 to 0-7) over Ballerin.

Then, with days to go until their final showdown with Craigbane, the GAA pressed pause on the club season.

“It was left hanging,” Kidd remembers. “There was frustration, regret and a bit of everything...it was a real downer. The whole club was deflated when we got the news and we didn't get the news until Thursday (before Sunday's final) that it wasn't going to be played.”

“It was cruel on the players, for what they went through, you're in a county final and suddenly it's not on.”

The minors were through to the 'C' final, where they were due to play neighbours Ballinascreen. The U16s were also looking forward to their final, after a quarter-final win over Claudy and an epic 4-13 to 3-15 semi-final win over Greenlough.

“Despite the disappointment of not getting to play the final at the time and irrespective if it’s ever played I can honestly say that we could not be any prouder of this group of lads,” stated U16 coach John Murtagh.

After their recent efforts with their underage development it was a disappointing end to a season that promised so much.

“The U16s, U18s and seniors were playing in their respective county finals in the same year, any club would've given their right arm for the like of that,” said Kidd. “We got the buzz, then we didn't get it and that's the way it is.

“We are in limbo. We'd love to see the two underage finals – U18 and minor – played. They are young and can adapt to any type of thing.”

Kidd admits there are different feelings around the club about their seniors' junior final clash with Craigbane.

“Some are of the feelings would be to share it and forget about it until next year (2021 season),” he explains.

“That is some of the feeling, because the euphoria and the buzz has gone. How do you build to play a final before you even play a league match? You just can't do it.”

For now, it is a case of 'sit and wait'. Kidd was in contact with the county board and their thoughts would've been to play it in the pre-season of 2021. He acknowledges how difficult it is for fixture administrators to know how things will pan out.

Kidd feels it could end up with a 'false winner' with teams not being ready or prepared.

“Let's go and win it the proper way,” he feels. “We do appreciate the Covid-19 pandemic, we are living up to the regulations and we appeal to everyone to do that.

“We are at an unlucky stage in history. One of our best years has been torn away from us.”