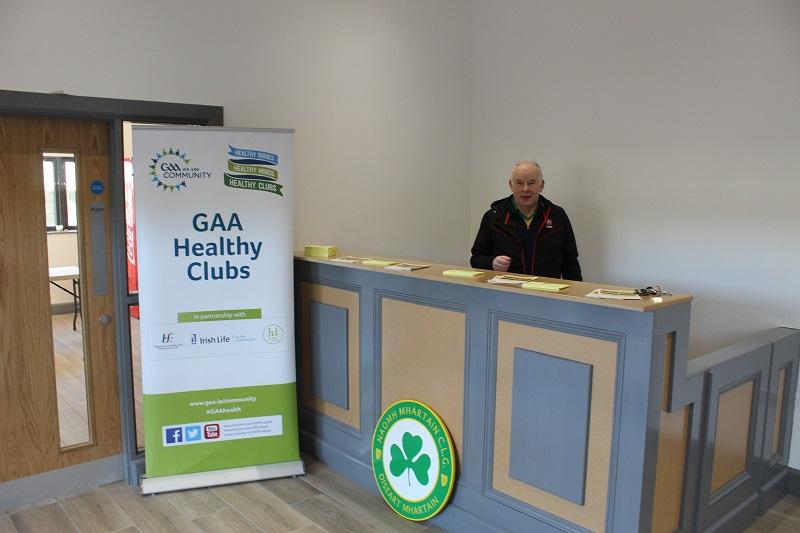 Following the meandering Longfield Road, up from the village of Desertmartin, the snowy summit of Slieve Gallion makes for an impressive skyline.
Eventually, on the right hand side, football posts emerge from the lush green countryside. A freshly made sign highlights the club's support for the NHS during the current pandemic and tells a community the club is there for them.
From grocery deliveries to pharmacy collections, the support is there with Chairman Pat Kidd's number clearly visible. Welcome to planet GAA and how they fend for their own.
The sign also advertises their new membership scheme – Club Desertmartin – with a motto that tells a lot.
“Alone we can do so little; together we can do so much,” it reads.
Pat Kidd backs it up. After hanging up the boots, his love of GAA saw him give something back and he has stayed involved.
He was a club referee, an underage coach and carried out all roles on the administration front. When asked how long he held the post of Chairman, he laughs.
“Off and on, I have been Chairman, Secretary or Vice-Chairman for about 40 years,” he clears up.
He points to the clubhouse and its surroundings. It's all for the families.
“I always say the GAA is family and families stick together,” Kidd proudly says.
Glen's All-Ireland winning forward Enda Gormley's father Joe played with Desertmartin and was 'born and raised' in the village. His uncle Pat was a club trustee. But the majority of their members hail from the countryside outside the village.
“We touch Ballinascreen, Lissan, Moneymore and around to Magherafelt...and across to Lavey and Glen,” Kidd points out. “We reach all those areas of our catchment area.”
Their membership grew to 362 last year, the club's record in their existence. It's something that is music to any club, especially in the foothills of Slieve Gallion where they don't have the luxury of an influx of housing.
“Yeah, every club loves to see more members,” said Kidd. “There are not many houses and there is not much of a future for houses to be built here.”
The club have made a case to the Housing Executive who have in turn asked for a declaration of interest from families wanting to locate in the Longfield area.
“That's what we are crying out for,” Kidd stresses. There is an ambition to grow their community.
On arrival at Desertmartin's Gaelic Centre, the newly developed extension is both fresh and welcoming.
Built on the side of their existing hall and prestigiously refurbished dressing rooms, is a state of the art function room, with plasma TVs on the wall. There is a separate meeting room and a foyer area with the club crest and kits visible.
It is the shop window of the club. First impression is everything and Desertmartin are making a statement of a club building for the future. 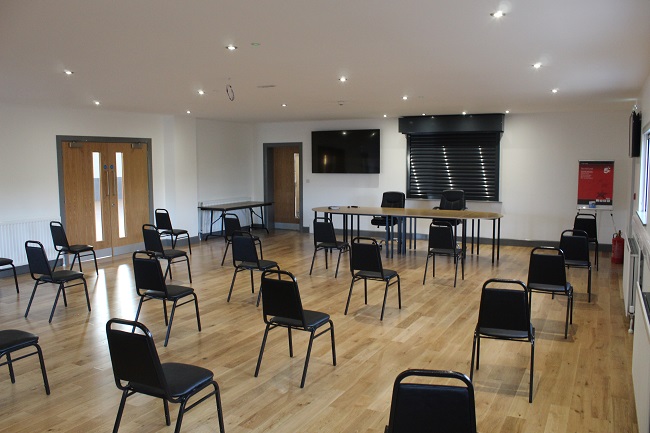 “With our membership continuing to grow and with people looking more than football, we thought we would provide a social hub for the community,” Pat Kidd outlines.
The motivation was to provide a centre for anything from fitness classes to birthday parties.
“It is there for everyone to use. Our next phase would be to upgrade our gym facilities and that would be something we can look at further on,” Kidd adds.
They sought funding from both Mid Ulster Council and the Department of Agriculture. On top of that, like any club benefiting from grants, they had to show their own commitment and put forward their own income.
The community answered the call in the shape of silver and gold memberships, with monthly payments of £10 and £20, to the Club Desertmartin scheme.
“It was a serious effort by a lot of people,” Kidd stresses. Behind the words, his tone tells the full story of pride in what they have achieved.
“As well as more new blood coming into the underage system via the local schools, we noticed increasing numbers coming to walk around the pitch.”
A grant from Mid Ulster Council, coupled with the foresight to get the application made, saw a full floodlit walking provision with zero cost to the club.
Even as our conversation continues, a couple of walkers are in their zone, striding along as part of their daily routine – proof of the club's value.
“There are people using this all the time. It is the whole community, even coming to walk their dogs and there in an overall social aspect to it,” Kidd adds.
“There are initiatives like Every Step Counts or Ireland Lights Up, we sign up to them all the time and people get involved in them.”
Those who founded the club would look down with pride on how their early seeds grew and have been nurtured.
***
In 'The Story of the GAA', published in 1916 by Dr T O’Sullivan, Desertmartin was one of the first traces of the association, even before the formal competitions had begun.
In chapter seven, O'Sullivan states that 'branches of the GAA' were started in Desertmartin in 1885, just after the association was founded in Thurles' Hayes Hotel. 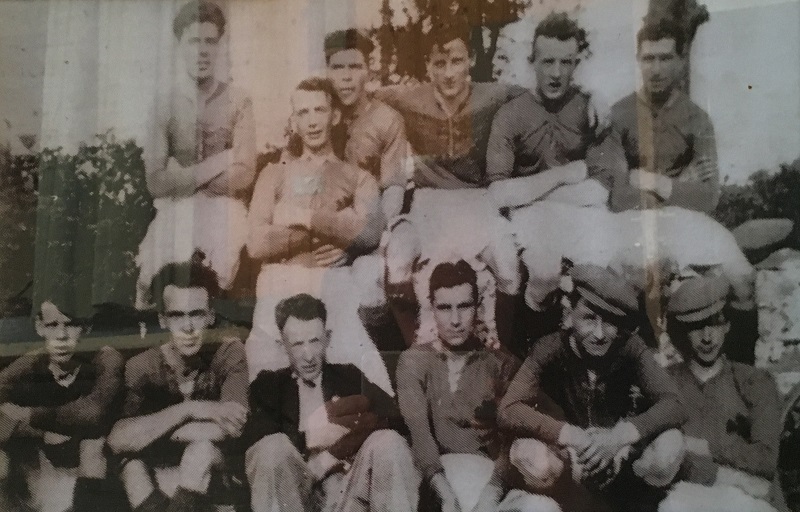 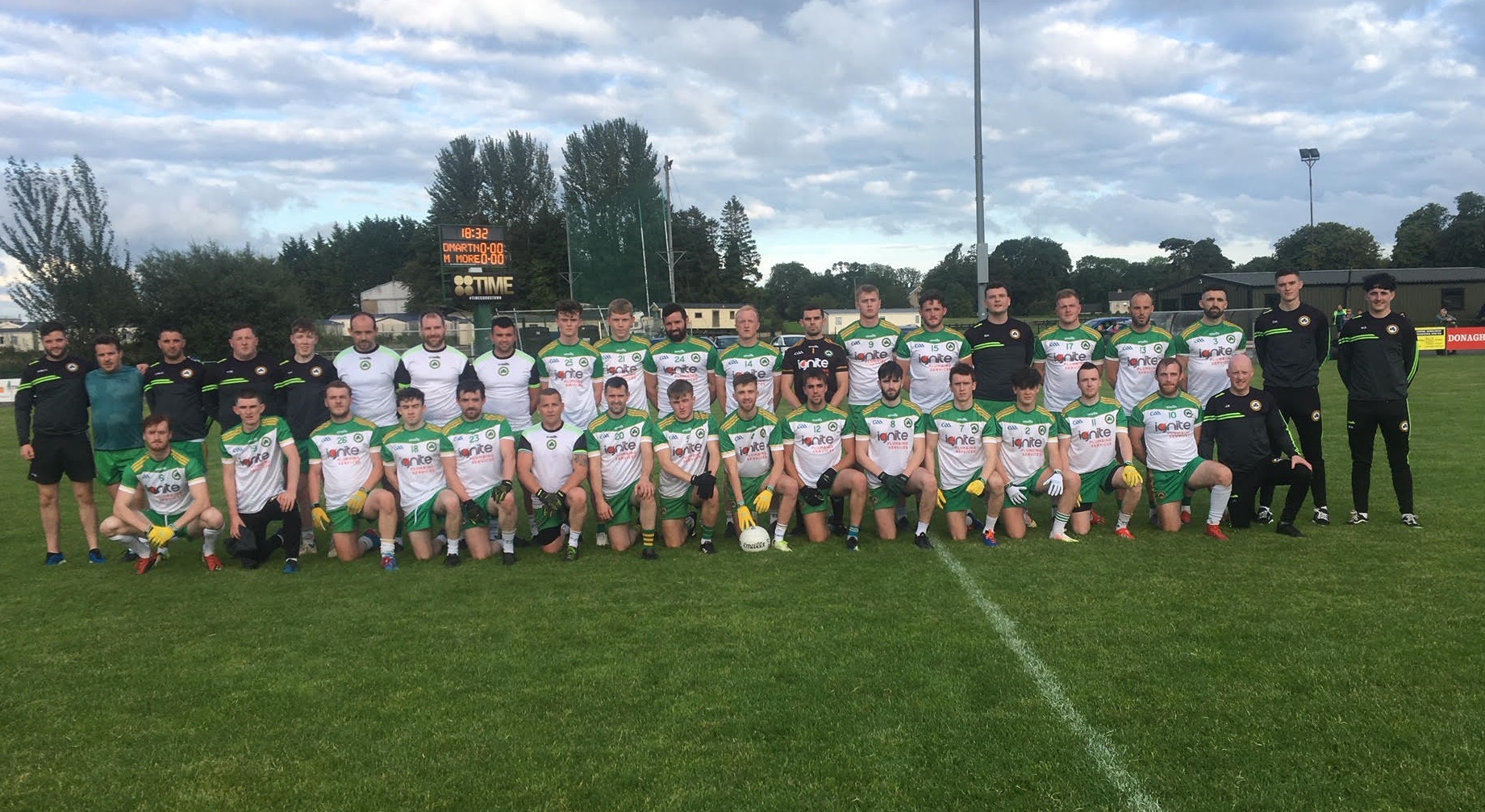 McKaigue's Granda, Andy Shaw, was a former Chairman. His aunt Kate is married to club PRO Colm Breen.
“As soon as we heard that we jumped on it and I rang him. He became the new manager and really lifted the team and created a buzz with his name alone,” said Kidd who was full of praise for his input.
They began to dig out results and he points to their semi-final win over Ballerin as the type of game they would've lost in the past.
“People began to realise that he was the real deal, he wasn't asking you to do something he wasn't prepared to do or didn't do himself, Kidd said.
“He was all in and a 100 percent man. The players bought in and him and Kevin O'Neill (selector) bounced off each other. Before that, we would've had 15 or 16 out training. In the whole year last season, there were just short of 40 players turning out and that was just fantastic.”
At reserve level, the team was in 'serious decline' from the days they were winning titles regularly. With the rising numbers, fielding two teams was no longer a problem.
“It's like the underage, where we have a great wee cohort of people. From the U10s, U12s and up to the U14s, they deserve a mention, it is all a ladder and continuity”, said Kidd.
“Then we have Ciaran Higgins and Danny Murray involved with both the seniors and underage, so there is a link there.”
McKaigue has stepped away from management role, with O'Neill staying on as manager. Kidd wouldn't be surprised if McKaigue returns to join him later in the year. But for now, his focus is on Derry and their promotion hopes.
While the club remains in limbo regarding the unplayed finals of 2020, Kidd is adamant that their foundations are strong. They have come a long way from the 'early branches' of 1885.
“We are here for good,” Kidd said. “There are great people in the club and families who want to keep the thing going.
“We have fantastic people working away behind the scenes, not wanting to be noticed. They do a lot for the club, so many people all shoulder to the wheel. None of the work around here would've been possible without them.”
On top of their three finals, the club had the wheels in motion to officially open the new function room.
“It would've been our fourth final of the year,” Kidd jokes. “In September, all was ready...we had a programme made out and invitations ready to send.
“Being voted as Club of the Year in the paper (County Derry Post), that was very appropriate for the efforts on and off the pitch. There is a phrase that not all the best teams are on the field. There is a good team in the community.”
Whatever 2021 brings, the people of Desertmartin have built and developed a club to direct them into the future.