Ulster GAA to set minor games as soon as possible 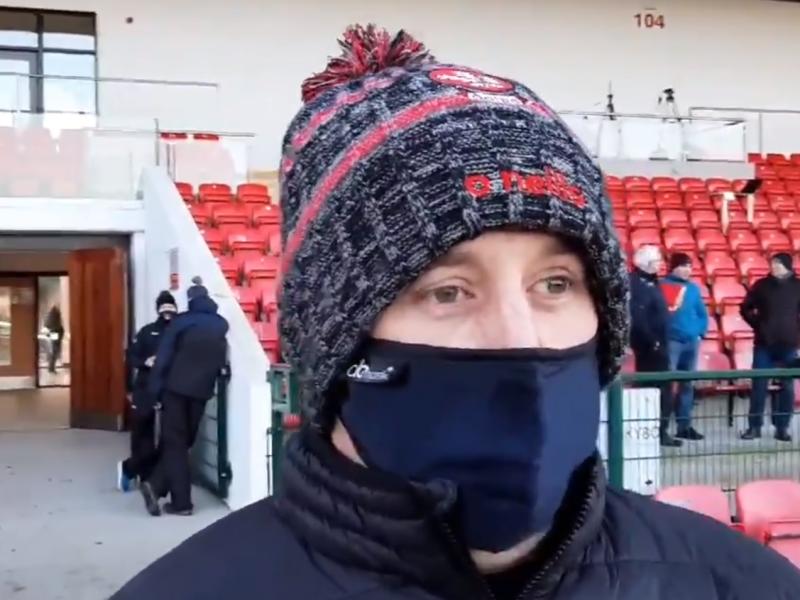 Derry minor manager Martin Boyle has called on the GAA give minors the respect they deserve when pondering any decision over the completion of the 2020 minor championship that remains unplayed.

It comes of after a decision not to grant 'elite status' to minor teams to allow the Ulster and Leinster championships to continue as planned.

Derry were due to play Tyrone this Sunday, with champions Monaghan set to face Fermanagh in the other Ulster semi-final.

The Leinster final between Meath and Offaly was also pencilled in for this weekend, with the winners set to face the Ulster champions in the All-Ireland semi-final.

Kerry beat Cork in the Munster final and Connacht pulled their decider forward to last Saturday, a game Roscommon defeated Sligo in, 1-5 to 1-2.

With the Republic of Ireland moving into level five in their latest lockdown to curb Covid-19, it did place the championship in doubt. Reports emerged that Ulster were 'confident' of the minor grade being grated the elite status if needed to continue.

Derry minors trained on Christmas eve morning in their preparation for their planned showdown with Tyrone, only to have their hopes dashed.

At 4.30 that evening, Boyle received an email, relaying the postponement of their semi-final clash and had to pass the message on to the players, via WhatsApp.

“It was a bit of a gunk and, as usual, it was tough on the players,” Boyle told the County Derry Post yesterday.

“The seniors have got through untouched and the minors have been pulled from pillar to post. It is tough on cubs and you have to remember, they are 16 or 17 years of age.”

For now, county minor and U20 teams, preparing for their various championship games, must train in pods of 15 players, with no contact allowed.

Championship action is not expected to resume before January 16/17 at the earliest, the original date for the All-Ireland semi-finals and counties would likely get just days notice, leaving them going into action with an absence of contact training,

“They have no choice, everybody is in the same boat and it is no advantage to anybody. You just have to get on with it,” said Boyle, who also has a concern as how the fall-out will impinge on the 2021 season.

The 2020 All-Ireland final can't be played until the first week of February at the earliest, the weekend earmarked for the official start date, under GAA rules, for collective training with 2021 squads.

Derry were due to start the trial process on Sunday for the next group of county minors, with the championship window due to begin on the weekend of March 20/21.

“I don't know if the GAA will move the (2021) minor championship, considering what has happened. I just know it is going to be really tight,” said Boyle.

“It leaves you very little time and when a cub gets a chance to represent their county at minor level, the least they should be afforded is a time-frame to give of their best when they put the jersey on. That's not going to happen, so hopefully they will review the dates.

“I can remember before Christmas, when we didn't know when it was going to happen, the chat was among the GAA that if it went on into February, they would pull it (the remainder of the 2020 competition).

“I just hope that chat doesn't return. These boys, like all minors, for what they have been through, the least they deserve is for the championship to be completed, that would be my big thing.”

If the level five restrictions are extended beyond the January 12 deadline, it could leave the GAA forced to consider using a 'Wednesday Sunday Wednesday' schedule to squeeze the rest of the 2020 championship into.

Given the inclement weather conditions, Boyle said a condensed programme of games would be 'tough' on players, but insists the current season must be finished.

“The senior championship got played, which was great, but I just hope the minors aren't dismissed as if to say 'it is only minors'.

“With the sacrifices they have made and responded to adversity, consistently...I just hope the GAA bear that in mind and complete the championship to give them their day in 'the sun', as such.

“You just hope and trust that the GAA will make the commitment to play the championship and it is completed, that the GAA respect the path these boys have been placed on for the last 12 or 13 months”

The County Derry Post asked Ulster GAA for an update to last week's decision to postpone the championship.

A spokesperson gave the following response: “Under the new level 5 restrictions, inter county Minor games are no longer permitted from December 27th onwards.

“Training at this level may continue but must be on a non-contact basis in pods of 15. Ulster GAA intends to complete these competitions at the first available opportunity.”