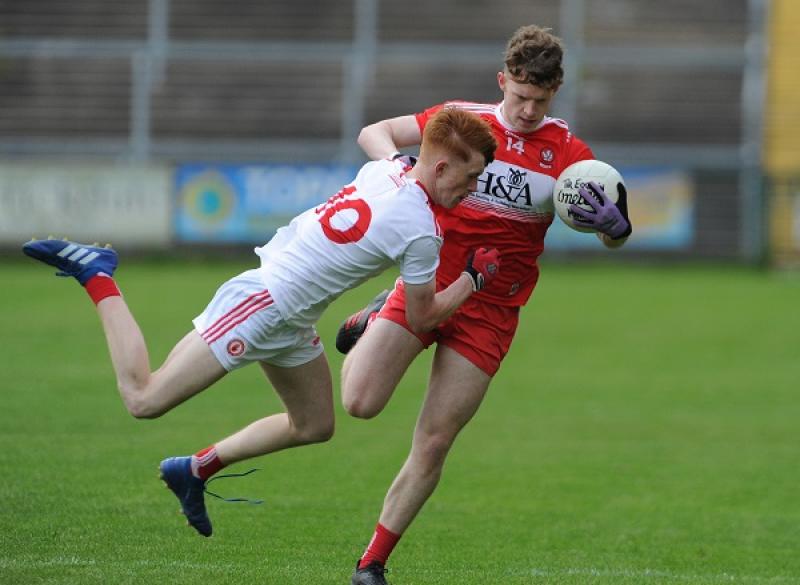 The minors of Derry and Tyrone will waste no time in getting their 2021 off the ground.

The Ulster rivals will meet in the semi-final of the 2020 championship in Clones (1.00) on Sunday, January 3.

Monaghan and Fermanagh meet later in the day (Breffni Park 4.00) in the other semi-final.

“It is brilliant to be in Clones, what a place to be playing football,” Boyle told the County Derry Post.

"Derry and Tyrone is always a special fixture," Boyle added.  "Whether we like it or not, we have to have serious respect for Tyrone for what they have achieved. In many ways, they are the standard bearers in Ulster.

"For Derry to have a record of 3-1 in the last few years, it is a sign that Derry is going the right way."

The favourable record doesn't bring pressure, admits Boyle.  He noticed a change in body language when his side gathered for training on Tuesday night.

"It (the record) brings no pressure, all the pressure was last Sunday. I can feel from the boys that there has been a weight lifted off their shoulders," he said.

"There was all this chat about the U15 and U16 success, while they are great competitions, they are nowhere near the level of the minor championship. Derry minor teams have won these competitions in the past and were beat in the first round."

Boyle said his team felt that pressure and while the level of expectation was 'unfair', he accepted it as part of the inter-county game.

"It was about letting them go out and express themselves, they have been through enough this year, without putting further pressure on them.

"People had not given that Armagh team the respect they deserved. Ciaran McKeever spoke to me afterwards and they were coming up confident of the win."

The focus is now on Tyrone and having watched the video of the Red Hands' 0-8 to 0-7 win over Donegal, it gives Derry a better handle in what is coming.

"Tyrone will change their setup, but it is good to be able to work off that rather than a blank canvas," Boyle stated.