Appointments and changes continue on the Derry club scene

Gavin Devlin has stepped away from his role with Slaughtneil 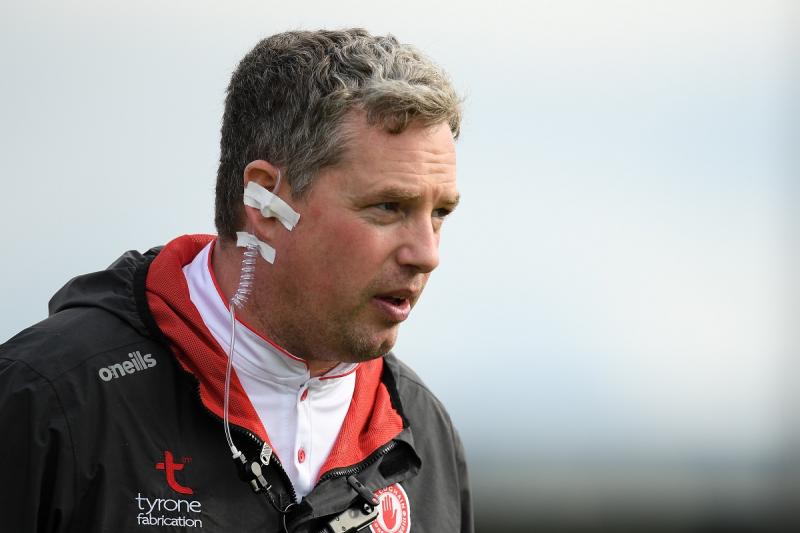 Gavin Devlin has stepped away from his role with Slaughtneil (Pic: Eóin Noonan/Spoertsfile)

No final decision will be made on Slaughtneil's senior football and hurling management posts until after the club's AGM next month, the club have confirmed.

Michael McShane has been at helm of the hurlers since 2015, with Paul Bradley winning the championship in his first year as manager this season.

There is unlikely to be a change, but the Emmet's won't have coach Gavin Devlin for next season. 'Horse' doubled up with his role in Mickey Harte's Tyrone management team and has since stepped away from Slaughtneil.

The club confirmed the appointment on Sunday night.

Conlan was trainer under joint managers Niall and James Conway last season, as the Shamrocks reached the championship semi-final.

The club confirmed the appointment on their social media on Saturday morning.

Drumsurn, who have not won the intermediate title since 1991, were knocked out of the championship in the last three seasons by Ballymaguigan, Claudy and Steelstown, all of whom went on to lose in the final.

After being forced out with injury last season, he coached the 'Quigan seniors under manager Colin Letters.

Ballinascreen have appointed Ciaran McElroy as their new manager, taking over from the outgoing Liam Bradley.

McElroy is a former Fermanagh county player and featured – under current Glen manager Malachy O'Rourke – when Fermanagh lost the 2008 Ulster Final to Armagh after replay.

The Tempo man played for Ballinascreen for a spell and starred against Dromore in the final of the 2009 Ulster League. He transferred back to his native club, where he won a championship in 2012 under the management of his father John.

'Maxi' was brought in by 'Baker' last season, after spending several seasons coaching Ballinascreen underage teams. He will finalise his management team in the coming weeks.

Swatragh have yet to finalise a successor to Enda McGinley, while Limavady were looking for interested parties to put their names forward for the 2021 season.

Dominic Woods has been in the post for three seasons, winning the junior title in his first year. The club opened the application process up, with last Friday the deadline for nominations.