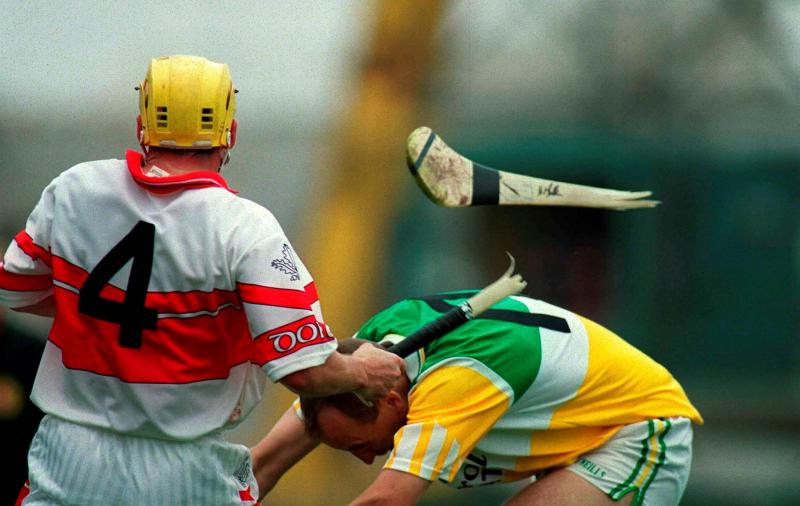 When Derry take on Offaly in Saturday's Christy Ring clash (Páirc Esler 1.30), it will be the first hurling championship clash between the counties in 20 years.

Derry pushed the 1998 All-Ireland champions to the brink in the 2000 All-Ireland Quarter Final in Croke Park, a game that still lives long in Oakleaf memories.

McKeever's son Odhrán will be pushing for a start in Newry after coming off the bench in last weekend's defeat to Down in Ballycran.

Another key cog in Derry's back to back Ulster winning teams at the turn of the millennium was John O'Dwyer, who scored 0-2 against Offaly that day.  His son Johnny is on the current Derry panel. 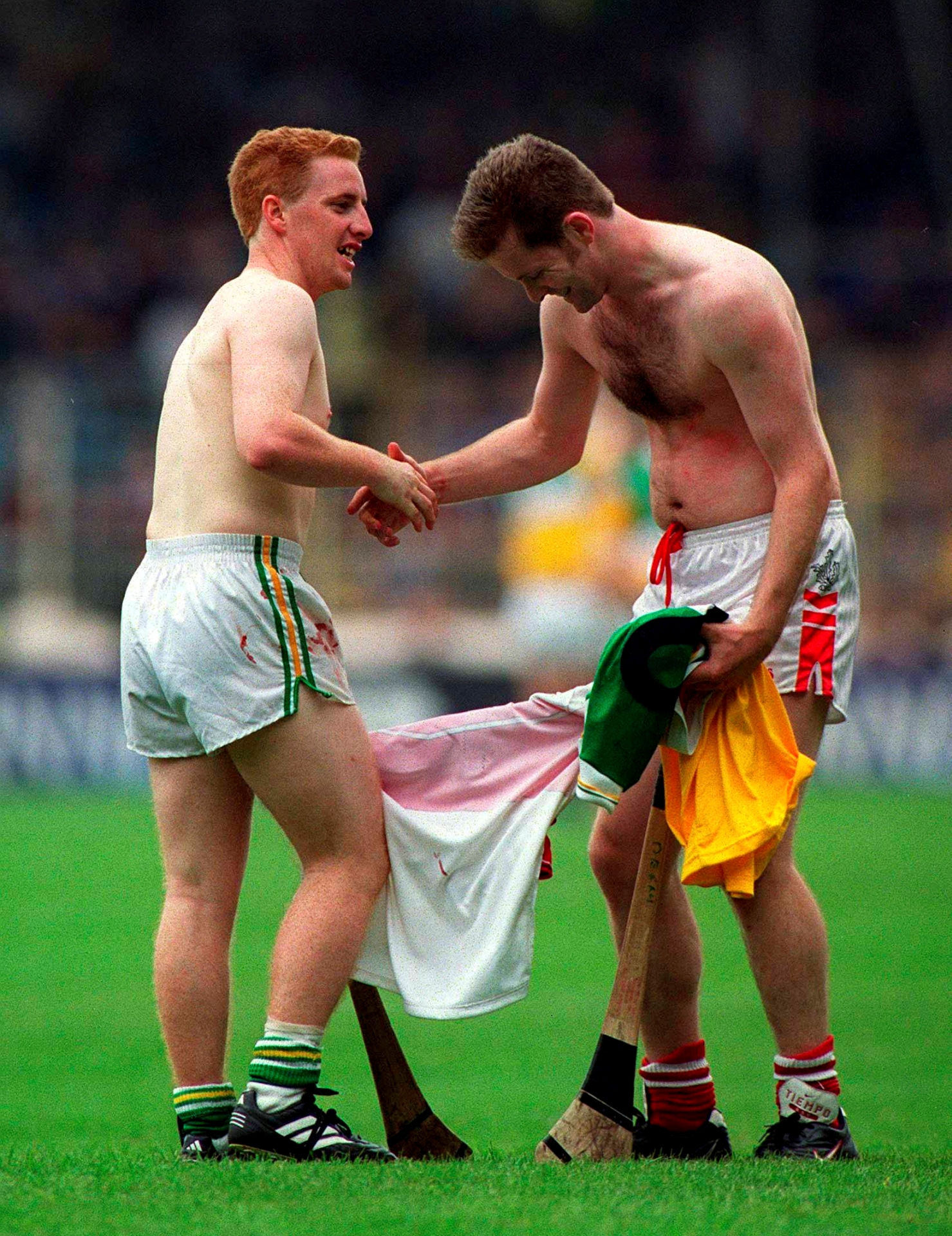 It was defender Niall Mullan's last game for Derry.  His nephews Richie and John will be a huge part of John McEvoy's plans for this weekend, as Derry aim for a third successive Christy Ring Cup semi-final spot.

The Derry hurlers’ first foray out of Ulster in 92 years was supposed to end in a ritual humiliation at Croke Park, turned into anything but.

Even in defeat, it was Derry who stole the show. What was supposed to be a Sunday stroll for Offaly turned out to be nothing of the sort as Derry flew the underdog flag with real pride.

At the midpoint of the second half, Derry were level and pressing, and it took a strong finish by the overwhelming favourites to earn a six-point cushion at the end.

Offaly’s manager, Pat Fleury, readily admitted that his team would have to make enormous improvements before the semi-final against Cork.

The truth is, Derry were always in contention in this game despite the dire predictions of a massacre. Geoffrey McGonigle returned from suspension to rattle in two goals and the full forward line of Gary Biggs, Michael Collins and John O’Dwyer scored 0-10 among them.

There were high-class performances at midfield from Ronan McCloskey and Oliver Collins, and at the back, Derry held both John Troy and Gary Hanniffy scoreless. 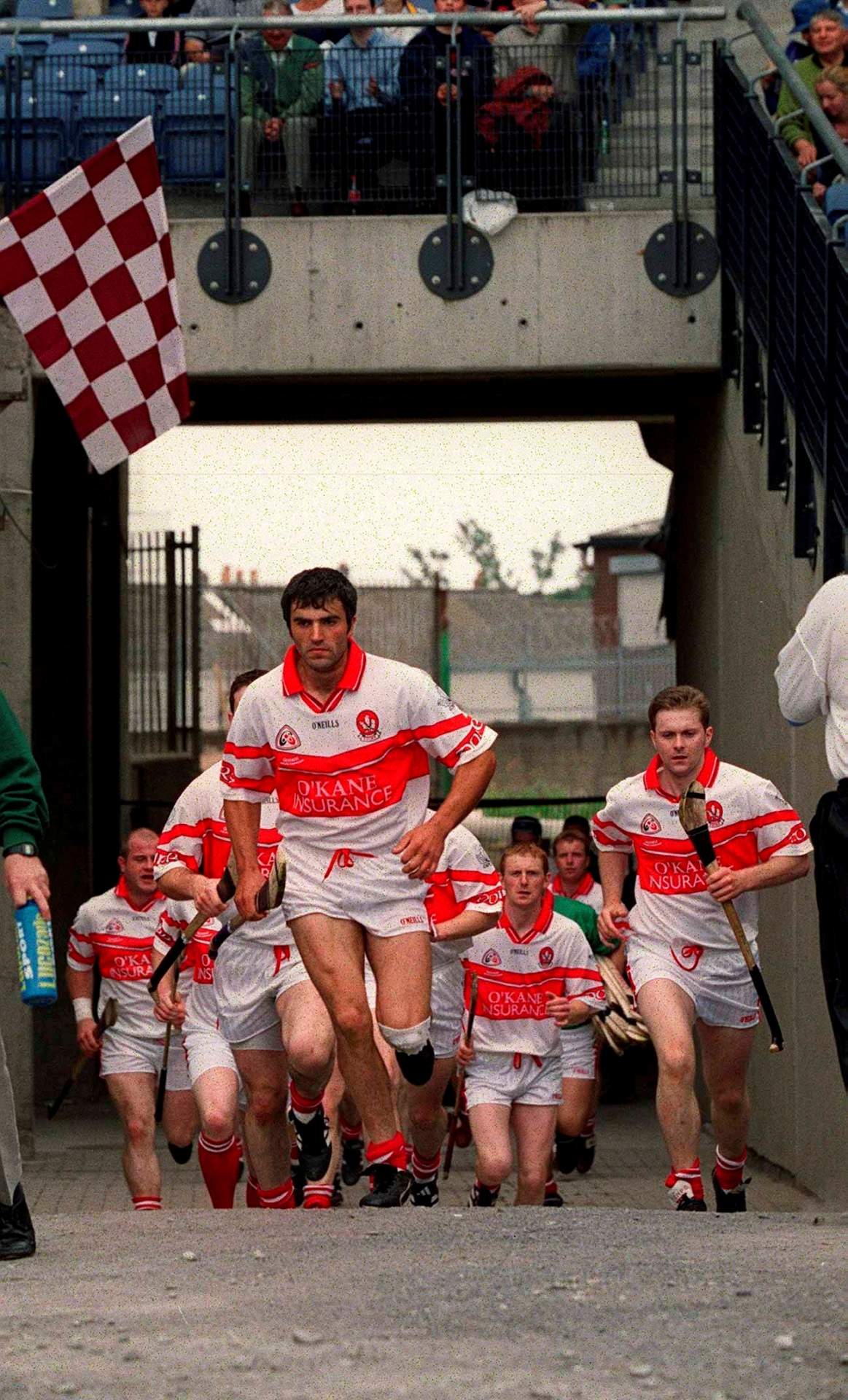 There was the feeling throughout the first half that Offaly always had the upper hand, but once McGonigle pounced for goals in the final quarter, the complexion of the contest changed.

Brian Whelahan had been left out of the starting lineup due to a hamstring strain, but he was quickly pitched into service to shore up a leaky defense, and Joe Errity was also sent into the action.

Their presence had the desired effect as Derry managed only two scores in the closing stages, while Offaly had five points and a vital goal by Brendan Murphy.

Derry were five points in arrears at the changeover, but they had the advantage of the breeze to come. McGonigle got the first of his goals when he latched on to Kieran McKeever’s probing delivery, and then when Stephen Byrne made a save from John O’Dwyer’s shot, McGonigle was perfectly positioned to dispatch the rebound.