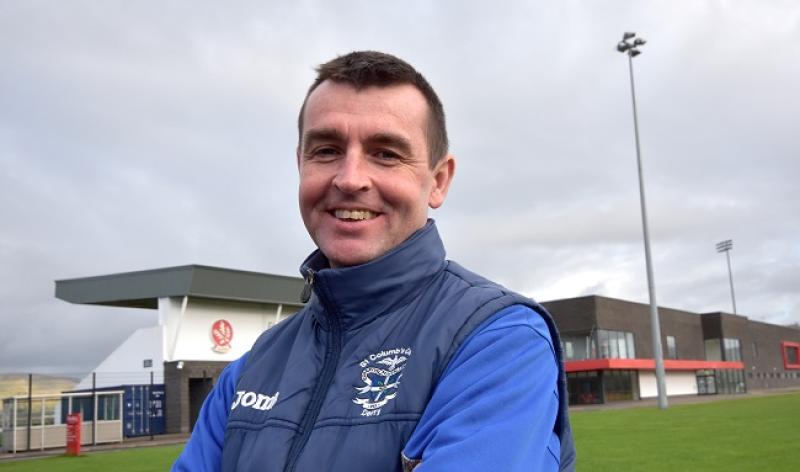 Derry All-Ireland winner Eamonn Burns is 'not convinced' the GAA's decision to change the age brackets will have any benefit to the association.

It comes after an email from Derry CCC informed clubs the 2021 season will be run on the basis of U13, U15 and U17, with a Developmental League at U20 level.

The move away from the U14, U16 and U18 grades has been met with disdain in many circles within clubs across Derry over the weekend.

The proposal was originally tabled at the 2019 GAA Congress, where it was withdrawn.

Later that year, the GAA's Talent Academy and Player Development Committee issued a detailed report that included a recommendation to 'prioritise' games at U13, U15 and U17 level to ' bring synergy' between club and inter-county competitions.

The report was adopted by Central Council, based on recommendations of 'previous workgroups' at the 'primary' ages of U13, U15 and U15. Of the 'over 1000' surveyed, 160 of them were U16 players.

Burns questioned if clubs were involved and said, while it was a detailed piece of work, there was no clarity.

“There is no clarity in the report why the new ‘odd’ age groups are better than the traditional ‘even’ age groups,” said Burns, an All-Ireland winner at minor, school, college and senior level.

Currently coaching at school level, he is the Juvenile Coaching Officer in his club Ballinascreen where he also sits on the coaching committee.

Burns feels it was a mistake to move the county minor age to U17 and now, with Covid-19 leaving this season in tatters, is not the time for what he called 'massive decisions'.

“This could be rectified,” he points out. “With Covid destroying this season, we could move the county minor back to U18 in 2021.”

Burns also refers to the report proposing moving the 'minor' age back to U19.

“They can't keep chopping and changing these things,” said Burns, who recalled his underage career.

In 1986, Derry County Board moved the U14 grade to U15 before moving it back the year after.

“A young lad going into his last year of minor and all of a sudden there is no U18. He has to wait until 2023 to play in his last year group. That is going to put a huge amount of lads off football. It is just unbelievable that it has been sprung upon us.”

Burns feels there needs to be 'huge discussions' post-Covid, looking at the county and club season as a whole, while synchronising it with underage, school and third level.”

In relation to Motion 31 which was tabled at this year's Congress, it appears to contradict itself. It indicates counties have the power to structure their games as they see fit, while still adhering to GAA's policy.

It read: “This motion proposes that while a county shall be allowed to determine its own internal underage grades from U21 to U11, it must do so subject to Central Council policy.”

“All age grades up to and including U17 are considered developmental,” stated Alan Milton, the Director of Communications.

“Within this range, Association policy is that counties should operate U13, U15 and U17 age grades as a minimum requirement.

“Counties may, in addition, opt to play at U12, U14, and U16. Counties who wish to play these additional age grades may do so in consultation with the Games Development Committee (GDC) Age Grades above U17,” Milton continued.

“Counties are expected to operate at least one age grade above U17 and below adult; that age grade(s) can be determined by the county in consultation with GDC”

Derry GAA were also contacted, asking if they were planning on holding consultation with clubs on the changes.

No response was given in relation to consultation, but Chairman Stephen Barker confirmed Derry would be following the directive from Croke Park.

“The new age grades are in rule meaning that they apply to all GAA units nationally. Therefore Derry GAA, along with all other counties, must comply with Central Council policy.”