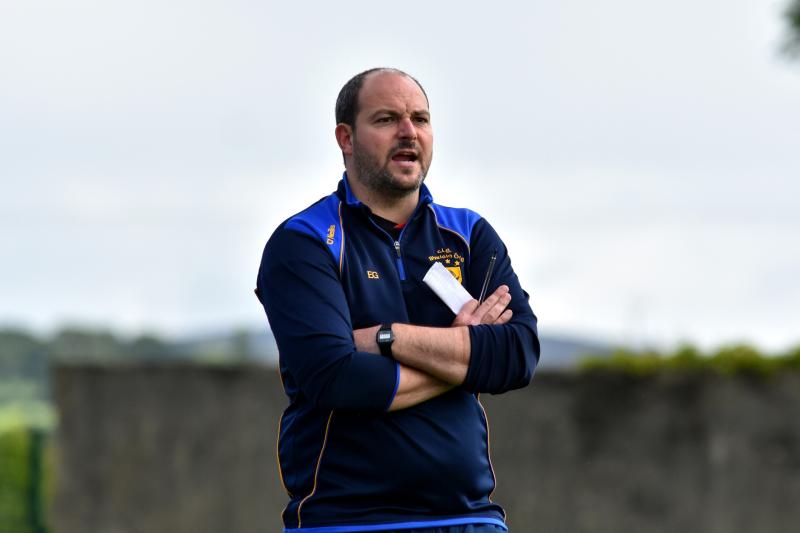 Steelstown booked their quarter-final spot on Saturday afternoon, but if they are to make further progress in the championship performances like this will not do.

They looked to be cruising with a 1-8 to 1-3 interval lead, but they just managed a further two points in the second half against an improving Limavady side who needed the belief to push on for victor.

Admittedly they had been reduced to 14 men just before the interval when midfielder Ryan Devine saw red for a foul on Ruairi Hassan.

Eamon Gibson's had been mighty impressive after being hit by an early Limavady first half goal, with Ben McCarron outstanding.

In the second period they played a short hand passing game and time after time ran aground against an improved home defence, in which with Manus Quigley was prominent.

Had Limavady believed a bit more in their own ability, they could well have served up a shock. The Brian Óg’s were fortunate when a late Jack Deery rocket went inches wide. A goal at that stage would have put them level.

The first half produced some sweet football. The Wolfhounds dominated the opening ten minutes and led by 1-1 to 0-2. They had the opening score from Oisin Hassan in their first attack. Then, after keeper Marty Dunne had saved from Ruairi O’Kane, Richard King hammered the rebound to the net.

Seven minutes from the interval Jacob Duffy had Steelstown ahead for the first time. Then came the inevitable goal and it was McCarron’s sublime pass to Duffy that made the score, leaving the score 1-6 to 1-2.

It wasn’t until the 44th minute that Steelstown got their first score of the second half and that came from a close range McCarron free.

By now the Brian Ógs had brought Neil Forester and Darren McDaid off the bench, followed soon after by the return of Andy Moore.

Cormac Quigley and Oisin Hassan converted frees and in between that Jack Deery might well have turned the game.

Former Derry minor 'keepers at either end, Marty Dunne and Oran Hartin, pulled off some outstanding saves over the hour.

Five minutes from the end Hartin pulled off a wonderful save from McCarron but in the follow up the home defence gave away a free and McCarron converted for a relieved Steelstown.