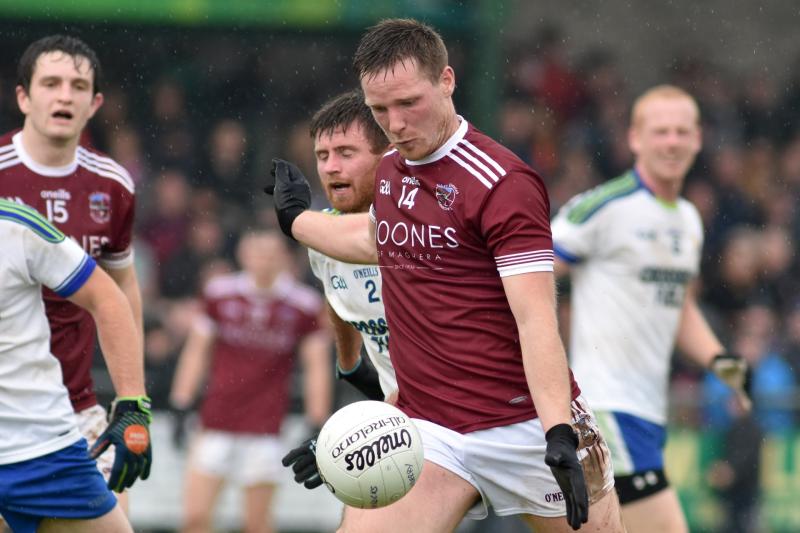 Paul Bradley got his managerial record off to a winning start with the minimum of fuss with an 18-point win over Kilrea at Emmet Park.

Slaughtneil look to have lost skipper Karl McKaigue for the rest of the season and started without Derry duo Christopher Bradley and Padraig Cassidy, while former skipper Patsy Bradley was also absent.

They were always in control, with Shane McGuigan scoring five points in each half, it sets them up with clashes against Lavey and Coleraine down the tracks.

Fergal Bradley marked his championship debut with two first half points. Sé McGuigan, Cormac O'Doherty and Brian Cassidy all added scores as the home side eased into a 0-10 to 0-2 interval lead.

The game started with a certain bite to it and with Eamonn Darragh back as a sweeper for the visitors, space was at a premium before Slaughtneil worked their way around the edges to get the upper hand.

It was a similar story in the second-half, but on the occasion Kilrea worked the ball inside the Slaughtneil cover, Antóin McMullan, in his first senior start since last April, got his angles to perfection to prevent Larry Kielt from marking a return injury with a goal.

At the other end, Aidan Gillen made a fine diving save to claw Sé McGuigan's shot out of the bottom corner.

It was a generally measured performance from Slaughtneil and when Sé McGuigan palmed to the empty net, at the end of a five-man passing move, it gave them 1-13 to 0-4 ahead midway through the second half.

Jerome McGuigan came off the bench to finish another well-orchestrated goal near the end, adding to the two he scored the previous week in their hurling victory over Ballinascreen.

Grab a copy of this week's County Derry Post for an extensive look at the opening weekend of the football season.