From the archive: Derry hurling success for Lavey 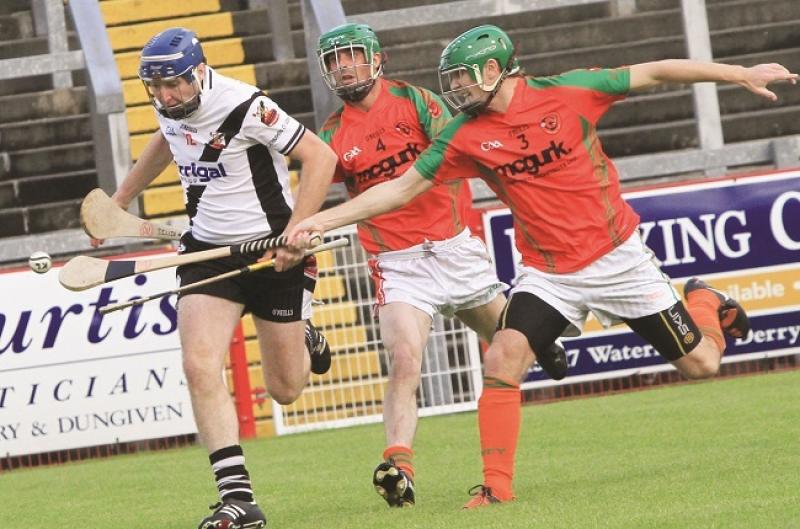 Goals from Colm Murphy, Paddy Henry and Ben Dodds ended Lavey's eight year wait to get their hands on the Fr Colllins Cup.

The margin of victory was more convincing than they could ever have dreamed of.

It was an eventful year for Henry who scored the winning point for his native Castledawson in their intermediate football win over Steelstown.

For Lavey manager Michael McShane, he continued to work his magic after steering the Erin's Own camogs to All-Ireland junior glory in 2009.

The Lynch's were chasing five-in-a-row but played second fiddle to a Lavey team that match their slickness with an unmerciful hunger.  Eight years was too long. Far too long.

Ben Dodds struck for an early goal and it got better for McShane's men when Paddy Henry's '65' sailed all the way to the net and when Colm Murphy fired over, Lavey were seven-nil up.

Everything fell into place for them after that. But Kevin Lynch’s were always going to come strong at some point. Average teams don’t win four county titles in a row.

At 2-5 to 0-6 down, they were lucky to still be in the game. Only for the brilliance of Ciaran Herron, they could have headed for home at half-time.

The purple patch for the five-in-a-row chasers came just after half-time. Paddy Henry had pointed a free right at the start to re-open a six point gap, but there was something familiarly ominous about points from Cathal McKeever, Ciaran Herron and Fergal McGuigan that left just a goal in it.

Kevin Lynch’s were on top at that stage, and Lavey lost their shape a bit. Wanting to protect what they had, their half-forward line got too deep. When they were clearing the ball out of defence, they were hitting it into a pocket of five black and white shirts down the middle, and it was coming straight back. Those three unanswered points told the story.

That is why Lavey’s third goal was so important. It was just a routine long ball from Cailean O’Boyle and Colm Murphy slipped in to score.

That left it 3-6 to 0-09, but there were still 22 minutes to play. Perhaps Lavey’s biggest achievement of the whole afternoon was keeping Kevin Lynch’s to two points in those final 22 minutes.

The Gulladuff men found the balance between aggression and composure. The two early goals helped in that respect. The four added minutes at the end must have seemed like a lifetime to them but having waited eight years, four minutes wasn’t going to make much difference.

- Goals put Coleraine on the way to victory.  Click here...