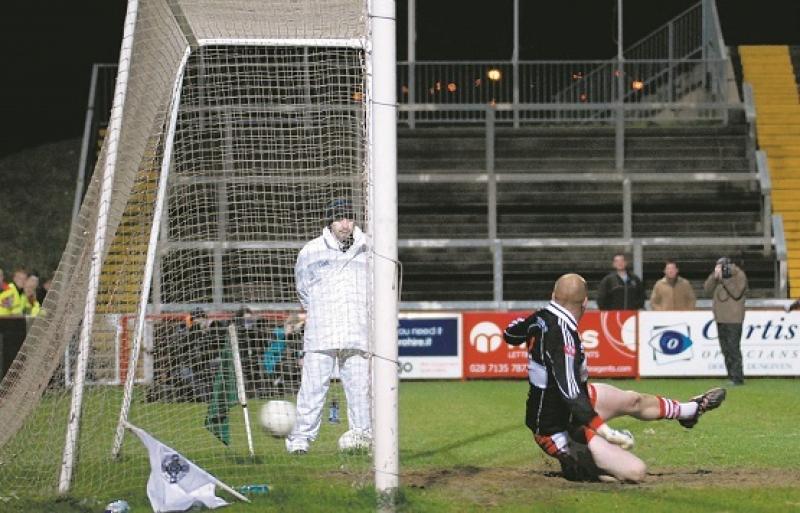 Derry’s were pushed a step closer to relegation, as Cork qualified for the league final at Celtic Park.

Paul Kerrigan was fouled by Fergal Doherty after three minutes and John Hayes sent Barry Gillis the wrong way from the resulting penalty.

Less than 90 seconds later Fintan Gould blasted to the top corner with his magnificent finish from a tight angle.

It would have been easy for Derry to conform to recent expectations and throw in the towel after what was a horrendous start to the game.

When Daniel Goulding added a sixth minute free, the small crowd of Derry fans would have feared the worst. 2-1 to 0-1 behind and coming off the back of four straight defeats, there wasn’t much optimism flying about.

The reaction deserves credit. The performance was a massive improvement on that shown against Monaghan and Mayo in the two weeks previous.

It was a spell of pretty ruthless football from the Oakleafers, although had Mark Lynch had another half second to get the ball to his foot, his close range effort might not have been smothered by Paddy O’Shea.

Still, with seven minutes to go to the half, Damian Cassidy’s side led by a point and were capitalising on a lot of Cork errors.

Without Patsy Bradley, Derry lost the kick-out battle and soon Cork were back in the game again. Cork led by three (2-5 to 0-8) at the interval, and maintained a similar degree of comfort until the latter stages.

But when Raymond Wilkinson and Paddy Bradley pointed to leave Derry just a point behind going into injury time, they just needed a little bit of composure.

Charlie Kielt and Mark Lynch kicked a wide each before Paul Kerrigan just booted the ball over the line to allow Marty Duffy to call time and see the Munstermen home with a rare two points from Ulster.