SIDELINE VIEW: It's time to find the next magician 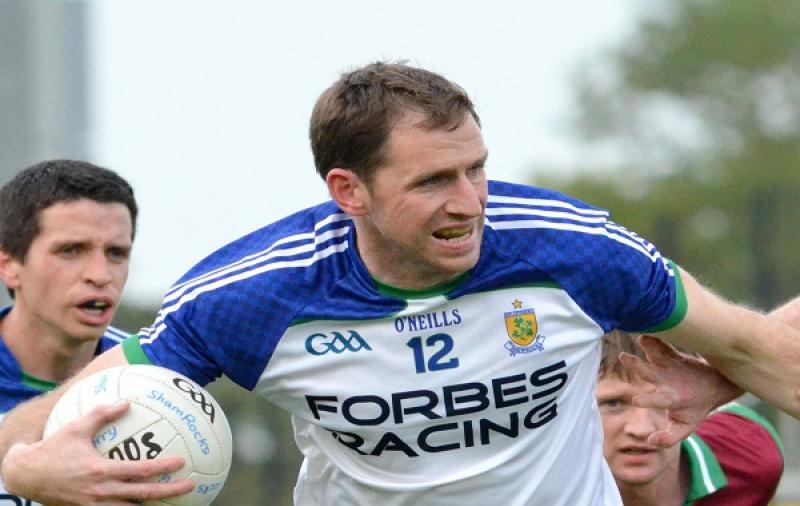 As the cars drive in the lane at Emmet Park, the wheelie bin plonked in the training pitch dominates the eyeline and the intrigue of those dropping off children for training.

Coalisland native Jarlath Devlin is now one of Slaughtneil's underage coaches and his session with U12s was taking shape.

Championships aren't won with floating a ball into a bin, but on this evening, in the shadows of Carntogher, a competitive edge kicks in. The youngsters under Devlin's guidance have a target to hit.

The trajectory of the 25 yard kick may be one that could, after years of development, unlock a defence in the dying embers of a county final.

Last week in this column, Andrena O'Kane's 200 touch challenge was highlighted. As schools petered towards closure this week, an assortment of challenges emerged.

Dungiven's punt passing challenge was another. Richie Mullan stepped up first calmly pinging balls off the dash, with both feet. Brothers Sean and Marty Burke joined in.

The pressure is now on esteemed local photographer Mary K, to roll back the years, to beat the top score of 27, held by Ryan McElhinney, at time of writing. On Monday, he went two clear of senior manager Stevie O'Neill, Ryan Kealey and Stiofan Tracey.

With so much doom, concern and uncertainty in a world dominated by Covid-19, it is a welcome distraction.

I would have to credit the staff of St Brigid's/Bunscoil Naomh Bríd for the excellent way in which they rolled out the schemes of work, with little notice, to the their pupils. I experienced it first hand, but I am sure other schools across the county were no different.

With everyone cocooned inside, the great outdoors is a welcome solace. There wasn't a wheelie bin safe around Magherafelt over the weekend and it was great to see youngsters using them as target practice. Innovation, with an open encouragement to bring back the basics.

Benny Heron punting a toilet roll into a basket was a neat piece of skill, but former Antrim player Matthew Fitzpatrick was the king. Regardless of how many takes it needed, his over the shoulder kick into a basketball net (without a back-board) was amazing. Make sure you check it out on his Twitter feed.

This period away from competitive action and the void it creates, leaves plenty of time for reflection. From a society point of view, I hope the rat race starts (and continues) at a slower pace. Maybe, when the fixtures start up again, there will be more respect dished out.

From a coaching point of view, I hope that time is spent hatching plans to beat the blanket defence. If not, then why not?

When the restrictions attached to social distancing are relaxed and normality returns, I would dearly love to see the return of 'jumpers for goalposts' and youngsters doing what we did back in the day. Play football – around the various skirmishes that would invariably break out – until dark.

It would promote a more social element and also an encouragement for players to take on someone in a one versus one dual.

From speaking to Rainey hockey coach, Carolyn Burns, last week it was heartening to hear her insistence in first years playing continuous three versus three at training, for virtually the whole year. Her mantra was simply to encourage creativity.

On the telly last week, I saw two artists in sky blue. First it was Alan Brogan. I loved watching him selling wholesale dummies to defenders as he dragged Dublin to victory almost single-handedly.

Then on Saturday night there was Maradona film. He had a dishevelled mop of hair, he wasn't tall, didn't look particularly athletic, but boy was he a 'baller.

I now know why he was able to dance around the England defence for that 1986 wonder goal. He was getting kicked from pillar to post on the pitches of Italy's Serie A. His weaving in and out, we just don't get it all any more. Imagine Napoli coach Ottavio Bianchi or Carlos Bilardo telling Maradona to recycle the ball.

Systems in football also bring a certain level of intrigue. I enjoy studying tactics as much as the next person, but it will only take you so far if you don't that x-factor to win games.

This is more relevant now, in an era of intense analysis and teams dissecting each other's game plan to the nth degree. When you think of Enda Muldoon's pass through the Slaughtneil defence for Collie Devlin's county final winning goal – it was like threading the eye of a needle.

Jarlath Devlin and the youth of Magherafelt last weekend's wheelie bin challenge is just what the game needs to develop the next genuis.  Fingers crossed.