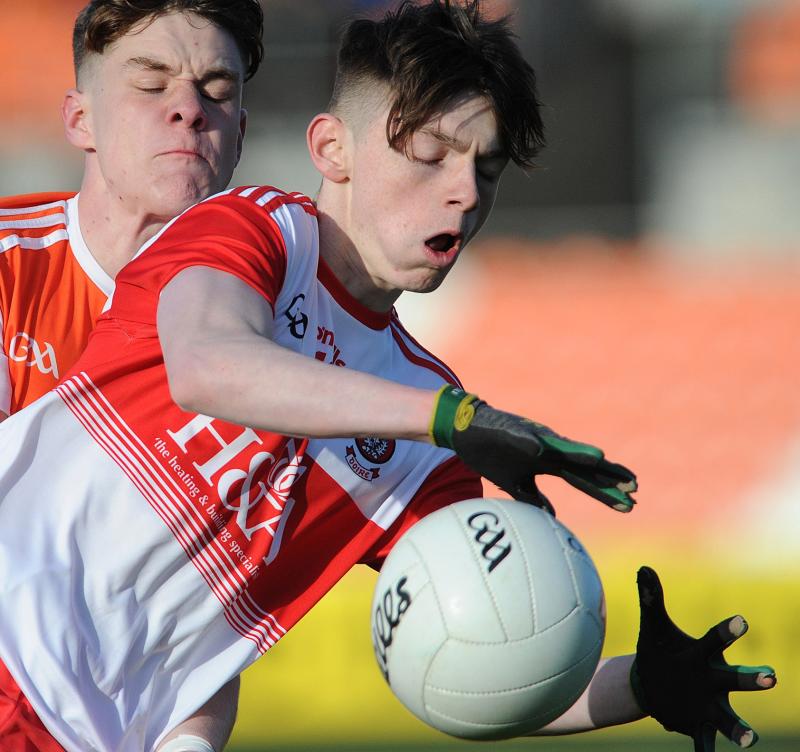 Our sports coverage is brought to you by TJ Hamilton, Cookstown

Martin Boyle's term as minor manager got off to a winning start with a six-point win over Monaghan in Clones on Saturday afternoon.

The Oakleafers led 0-9 to 0-2 at half-time but only scored a point when faced with a difficult swirling breeze after the interval.

Derry had the wind advantage and went four up after 12 minutes, with points from Desertmartin's Lachlan Murray (2), a Charlie Diamond free and a score from recently appointed captain Matthew Downey.

Monaghan replied with their only two scores of the half to give them a platform back into the game but Derry upped the intensity and began to shut down Monaghan's kick-outs.

Murray, Diamond and Jody McDermott had Derry five points clear but with five points to the break they missed a chance to put them in full control. Lachlan Murray had goal chance saved by the Monaghan 'keeper. Murray and McDermott finished the half with points.

Early in the second-half, Monaghan were awarded a penalty but goalkeeper Kian McGonigle tipped the shot onto the cross bar.

Lachlan Murray scored Derry's only point of the second half but it was the visitors who headed up the road with an early season win.