Coleraine side needed to recover from slugglish start 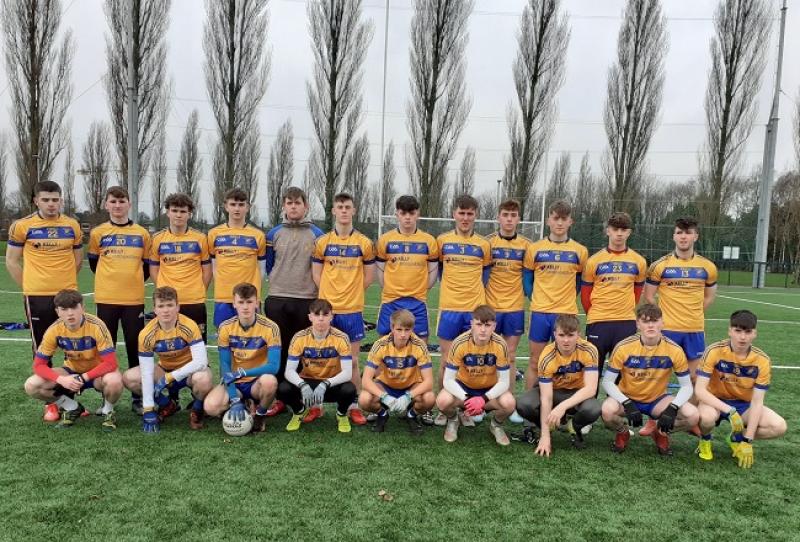 An early second-half goal from Lorcan McMullen put Loreto on their way to victory in Thursday's McLarnon Cup round two game in Cherryvale.

Loreto had the aid of the breeze but got off to the worst possible start after conceding a early penalty. Goalkeeper Leo Passmore saved from Feargal O'Kane's initial kick but the Aquinas man made no mistake from the rebound.

Fionn Nagle added a free and the Belfast side were well settled into their rhythm.

A free from Dungiven's Ben Dillon and a point from play from Loreto captain Dara Mooney helped settle the Derry side into the game but they trailed 1-1 to 0-2 after 10 minutes.

Cillian Calvert, Mooney and Dillon all hit points for Sean Murtagh's before Aquinas edged back into the lead at the break, 1-3 to 0-5.

Early in the second-half Lorcan McMullen goaled for Loreto and with the help of three Dillon points, they held a 1-9 to 1-6 lead by the 46th minute.

In the closing stages, Ben Dillon's penalty looked to have put Loreto firmly into the quarter-finals but Aquinas' reply was instant with an Eamon Swail goal making the score 2-10 to 2-8 with a matter of minutes remaining.

In a tense finish, Dillon added his second goal to book Loreto's spot in the last eight and a clash with Knock.

The remaining round one games take place on Friday. St Columb's Derry will host St Joseph's Donaghmore in Celtic Park (5.00). Earlier in the day, St Paul's Bessbrook will take on Abbey Donegal at 12.30 in Granemore.