How the Derry players performed in Sunday's win over Down

O'Doherty led the scoring with 0-13 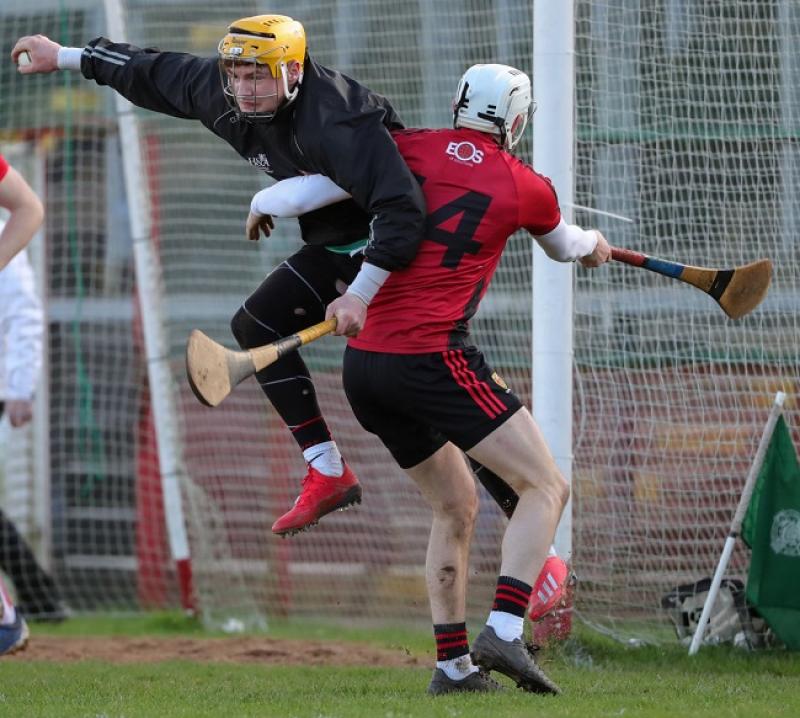 Richie Mullan's goal was the difference between the teams but Cormac O'Doherty was also on song with 13 points.

Here is a look at how the Derry players performed.

S Kelly – Conceded a free when he lunged with his feet but an otherwise unflappable performance. Safe under the dropping ball, made an important save and his long ball led to Derry's goal.

P Kelly – Started on Tim Prenter before moving across to Oisin McManus. Conceded a point from play on him but his bravery was important to Derry keeping a clean sheet.

B McGilligan – Not listed to start but he was a colossus at full-back. Made a block in either half to prevent goals, the second one coming in the frantic final seconds.

D Cartin – Marked a start in his new defensive role with a fine performance that included coming out with the ball twice in front of Tim Prenter in the first-half.

S Cassidy – Lined out at wing-back on Danny Toner and came out on top of the battle. He was strong in the air and showed mobility when Toner interchanged across the pitch.

E McGill – The fearless Lavey man had a superb game. He was always in the right place at the right time. He never game PJ Davidson an inch and dropped deeper against the wind at half-time.

C Kelly – The third of three Kelly brothers in the Derry defence. Kept Pearse Óg McCrickard scoreless from play. Had a solid game and his point came in the crucial final quarter.

E Cassidy – As debuts go, Cassidy couldn't have hoped for better. The early wide didn't deter him. He bounced back to score later in the game and his two vital possessions late on were beyond his years.

P Cleary – Was full of running at midfield. Unseen, linking the play and always an option for Derry's defence. His first-half point was a just reward.

T Brady – Left almost redundant with Kelly's puck-outs landing behind him. Set-up O'Doherty for a score and registered one himself when Down were on the way back before a dismissal on two bookings.

C O'Doherty – Right from finding his range in the warm-up to his dummy for a late score from play, he never missed a shot. Edged out by Eamon McGill for man of the match.

T McHugh – Like Brady, much of the play by-passed him. Almost created a second Derry goal only for a swift interception.

O McKeever – Marked a fifth league appearance of his career with two points. Got the better of his tussle with John McManus.

A Grant – Was a frustrated figure in the first-half and never really got into the game and was replaced at the break.

R Mullan – When faced with a narrow angle and Down bodies in front of him he did well to slot home his goal. Started at midfield for the second-half and played deeper.

J McGuigan – Came on at the break. Put himself about and had a few chances. Failed to grab a score on his debut but played a part in Brady's point.

B Glass – Came on for Odhrán McKeever for the last two minutes to help plug the middle as Down battled back.

D McCloskey – Came on in stoppage time for Richie Mullan.